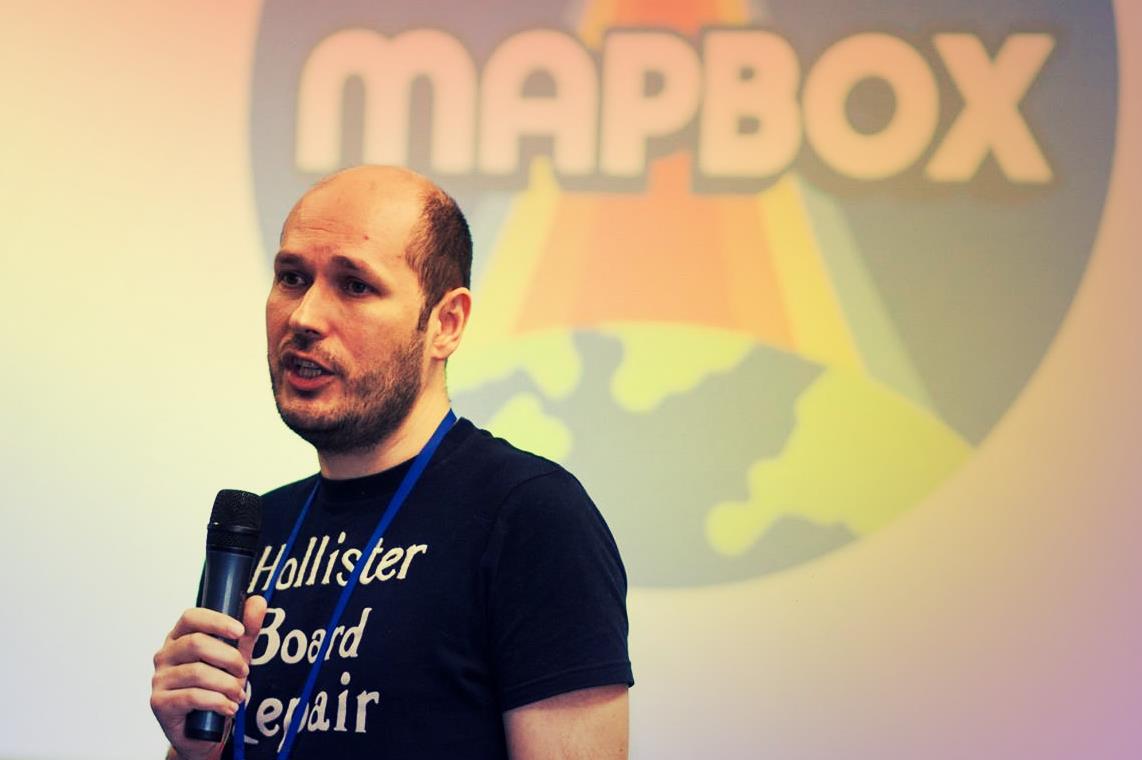 Last year I had an opportunity to talk with Andrey Golovin. He is a dedicated osmer who spent 1,500 days over 8 years for mapping, helped add to the map, among other things, the city of Dnipro, made thousands of edits and posts on OSM forum and wiki. Andrey spoke about how he became who he is today.

This is a great story of hard work and dedication, hope you like it.

Before becoming an osmer, I graduated from Dnipropetrovsk University, Finance department, I am an economist by profession. I had worked in the banking system of Ukraine, in different banks, for a while.

I do not remember exactly what it was, but I had to visit Kharkiv. Moreover, I had been there only once prior to that, and decided to go by car. And not to get lost in the city, I borrowed a navigation device from friends. And so it happened that I was on a one-way street, and I was driving in the wrong direction. I was lucky, and I did not come across the police. But when I took the same street back home to Dnipropetrovsk, I did see the traffic police stop someone, who perhaps, like me accidentally, or intentionally had driven in the wrong direction. When I got home, I decided that I should somehow fix the map or add a remark. That time it was an iGO navigation system. I began to look for updates, and as it turned out, at the time I had the latest version. I did not manage to fix a mistake on the map, and for a while, I forgot about it.

At that point, I was interested in the Linux systems. I regularly visited the linux.org.ua web-site, where the community shared various news, discussed the Ukrainian language localization of Linux applications. And once, reading the news, I saw an announcement about OpenStreetMap.

I opened the site, had a look at my city, Dnipropetrovsk (now Dnipro). Yes, it was on the map, but only the main routes were added. No buildings, no small streets, no street on the outskirts of the city. I looked and thought that a map that can be edited by anyone is interesting. And I tried it. Added several streets. It seemed cool. A few days later they appeared on the map. So, occasionally went to this web-site and added streets, using a built-in editor, this was the first version of Potlatch, Yahoo images were used as background.

The online editor, it was very uncomfortable, it had limited functionality. I began to look for something better. It turned out that at that time two editors were actively developed: Merkaartor and JOSM. JOSM had its 1600-1700 version (10000+ is the current version). I tried to run it, but it did not work as expected. I had tried Merkaartor, and all worked well. But this editor was only in English.

Making the map is only a part of the deal

As I found while working with OSM, creating maps, drawing them is only part of the whole deal. Another part is speaking about the project, making it well-known. But how to promote it among the local users? We had to do something about the language. I learned that there is a very active OSM forum, and began to visit it regularly, reading the message. The most active communities still are German and Russian. Unfortunately, the German language I do not speak, but I do speak Russian. That’s when localization of the OSM web-site, the tools, the wiki became an issue for me. I decided to do the localization in Ukrainian, to work on expanding the Ukrainian OSM community.

So I decided to do translations of anything related to OSM into Ukrainian. The first thing was translating Merkaartor editor. I made complete localization of the interface at that time and sent my patch to the developers. It was included in the next release. Then I found out how to localize the OSM homepage, and began to translate it. Finished quite quickly, it turned out that I was not alone, other mappers had helped.

Little by little JOSM had been developing, some bugs were fixed, it started to work better, and I began using it.

Similarly, the issue with localization appeared. At that time, the total number of lines that had to be translated reached about 4,000. For the language to be in the package, to be included in the main program, at least half of these needed to be translated, no less than 2000 lines. At that point, several hundred lines had been done. I began translating, localizing JOSM. An interesting question raised. Some terms needed to be unified throughout the platforms, the website, editors etc. There needed to be integrity.

While working with JOSM translation, I faced the fact that some things for me were not clear., The terminology and stuff. As I said, I was not a GIS specialist by training, it was purely volunteering participation in the project. So I had to turn to the OSM wiki, which contains the interpretation of all the concepts, terms and principles of OSM. The wiki version was in English. Translations into other languages did exist: German, French, Russian, Polish and Ukrainian… partially. I also began to translate wiki pages into Ukrainian. First of all for my personal understanding, and of course to help other users that don’t speak English to make their contribution to the project.

I was using Wikipedia. If there were articles related to geography, I found the terms there. The names of the projections and the like. If there was no such information, I went searching through search engines for definitions. If textbooks scans came along, I trying to find definitions to understand how to transfer from English into Ukrainian. 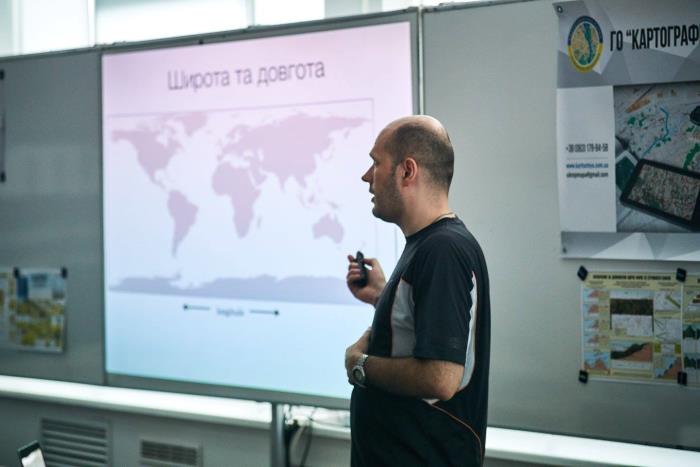 Then, when this basic work was done, I began my work on adding objects to the map. I also started translating articles on the basic principles of working with the map. When an experienced user starts working that person already has a basis to start with. Whereas a person not related to GIS, that hadn’t seen a map since high school, is a completely different story. That is, I was at that time a novice, beginner, who tried to understand what was happening and somehow contribute to the project.

I was working at my main job and contributed to OSM in my spare time.

At that time was not a beginner to use Linux systems and all open source software. I knew I should not be just a user of these products, but also to return, to contribute.

The best way to thank open source systems is to get involved in the development of these projects. If one person makes a useful thing, someone else – another useful thing, then together they make a lot more than either of them separately.

I actually don’t know why I chose maps. It just sort of came to be. Let’s just say when I sat down and started to add something to the map, draw houses and streets that were not there before, it allowed me to relax somehow. I felt that I had a sort of rest and did my part in contributing to and promoting open data.

My goal is that, as Richard Stallman puts it, the information spreads freely, with no limits. Drawing maps became to me something that I do well, and it is my way to help others to use this information, make the world a better place.

Maps are the driving force of modern progress. Almost all information can be linked to the map. Adding various statistical data to a map, you can get a clear picture of public health. For example, crime, poverty or prosperity, drinking water supply, services – all can be displayed on the map.

A map is a basic tool where you can display and analyze data, make informed decisions relying on these analyses.

At the moment this is the seventh year I am involved with OSM, since 2009. And now the work with OSM became my main occupation. So, I am professionally engaged in improving OSM data, this is my main job. 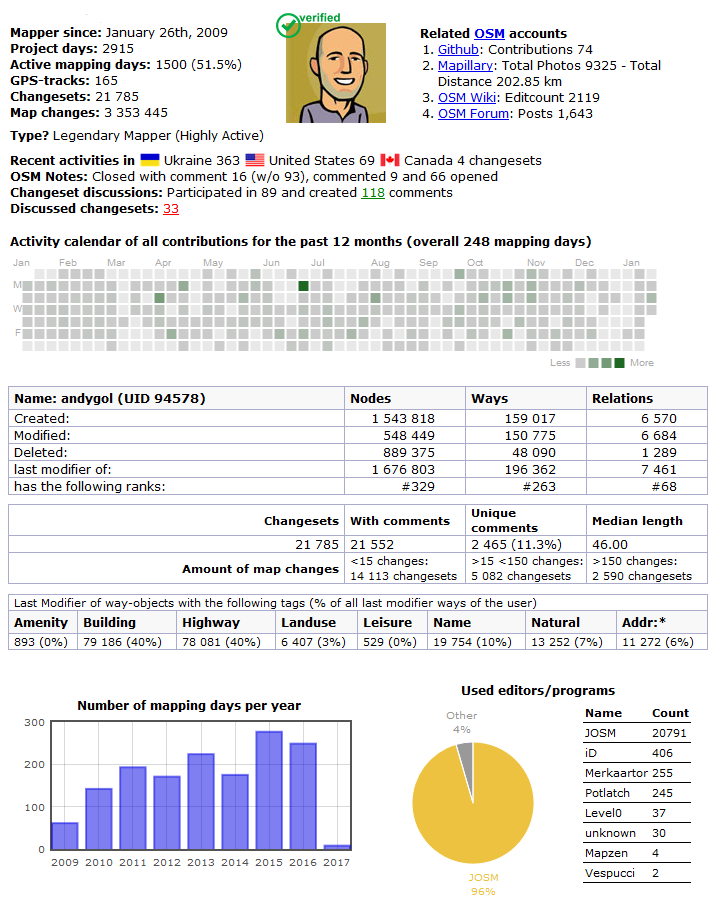 Andrey’s statistics at How did you contribute to OpenStreetMap? (from 18/01/2017)

Mapbox employs very talented people. Working there is a great pleasure. You can find a lot of interesting things. Indeed, work in Mapbox is a dream of many GIS professionals. The company is very open. Everyone has an opportunity, if they want, to know what the others are doing. And all the people share with each other their achievements, projects the different teams are working on. If you have issues, all the teams work closely together and help to overcome problems.

Every day we are facing new challenges, which is fun. If previously I put a lot of effort to map Ukraine, now I’m working with worldwide data. So I can learn a lot for myself, help people around the world and create value-added products of the company (the economist in me is speaking). I am very proud to collaborate with people like Vladimir Agafonkin, Tom MacWright, Eric Gundersen, Alex Barth, Arun Ganesh, Ruben Lopez Mendoza, and many others around the world. People who are sharing their own efforts, experience, and are not ashamed to learn from one another.

OSM is a source of basic data that we rely on in our company. Our team, OSM data team, is working with the OSM community worldwide. We take a very active part in the Humanitarian OpenStreetMap Team, HOT. Mapbox engineers create tools, most of them are free and open. Anyone can find these developments on the github repository of Mapbox. Every day we receive messages from users through the feedback form, asking to improve OSM data, correct errors that users find on the map. OSM data team corrects these errors.

The data is the most important thing for us. Every year our company makes a donations to support OSM servers. Mapbox is one of the major sponsors of the project. In addition, the company employees participate in conferences that are associated with open data, OSM. We help local communities make their local projects. 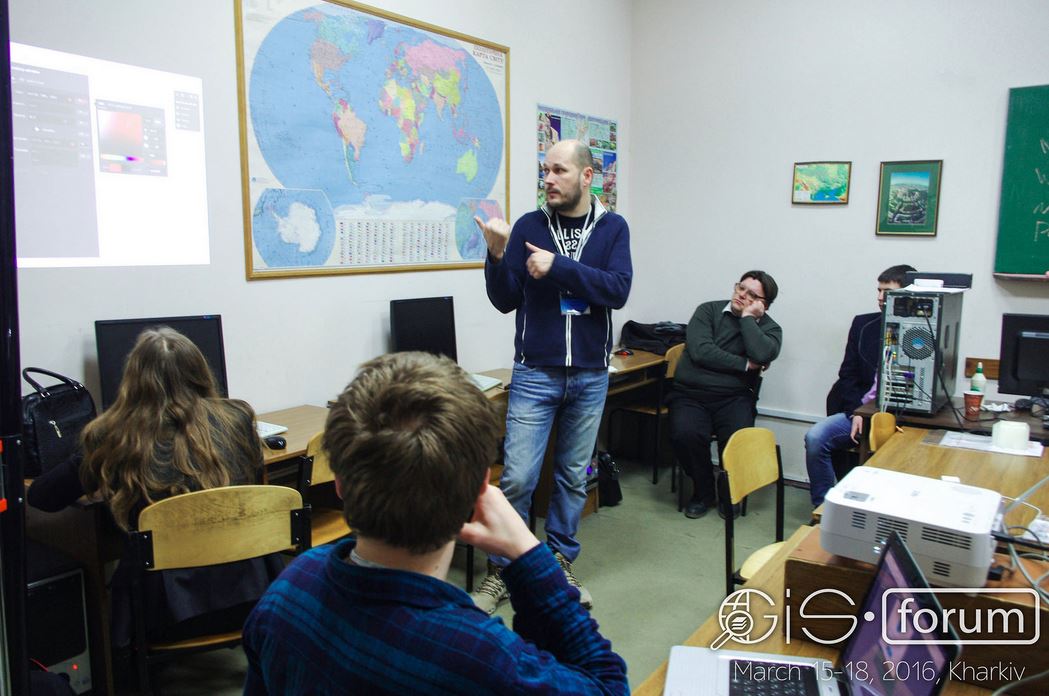 How to get better at it?

Taking an active part in the common life of the project, trying to take part in events and conferences is very important. Also collaborating other participants and contributors. Do not sit in your shell, go out and communicate with others. Not just online, but IRL, with a cup of coffee or a beer.

OSM is not only about adding data, it is a large community around these data. And tools for working with data, and documentation. All this needs to be improved. Our world is fleeting, everything is changing rapidly. Keeping the data up relevant is important. And requires a lot of effort. Do not be afraid to take the initiative.

I can advise to always study, to be open to new things, listen to the advice of others. In collaboration, in cooperation with each other, we are reaching the goal of creating the best map in the world.