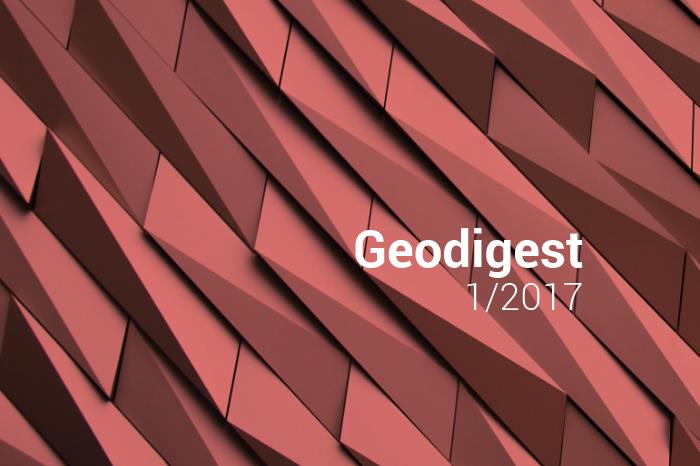 Starting a new year of digests. Read our periodic collection of news and interesting facts from the world of Geo.

Also feel free to share your findings in the comments!

GeoJSON utilities that will make your life easier.

QuickMapServices – from plugin to service for everyone.

Adding a “fake plastic map” effect to your map.

A beginners guide to programming in ArcGIS with Python.

Learn how to code your first web map with LeafletJS.

QGIS has a new logo.

Top geospatial industry trends to watch out for in 2017.

Nokia will create a drone traffic management system for Dubai.

How are drones being used in the classroom?

“Earth” collectible coin is out in Latvia.

Maps that show us who we are (not just where we are), TEDx talk.

Udemy’s The Ultimate Python Programming Tutorial is 70% off.

The Atlas of Design is dedicated to some of the world’s best cartographic design, also featured in National Geographic.

Where the Animal Go takes you to the forefront of animal-tracking revolution, again featured in National Geographic.

Land Lines is a game from Google that converts your random scribble into an actual geometric pattern visible from space.

Best maps of 2016 according to National Geographic.

The shadows of New York City.

The Refugee Project map allows viewers to explore all refugee migrations around the world since 1975.

OSM Landuse Landcover, a WebGIS application to explore the OpenStreetMap database in terms of landuse and landcover information.

Cities of the World musical map from Spotify.

Gastronomical Map of France from 1809.

Map of light at night.