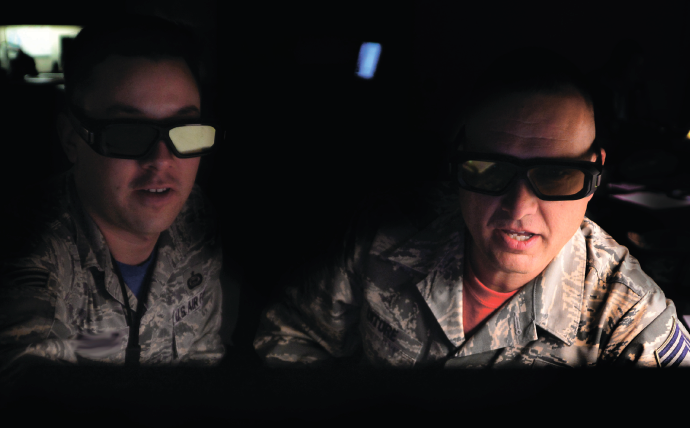 “Those who own information own the world”. This phrase is attributed to various people – Nathan Rothschild and Winston Churchill (Gary Oldman portrayed him amazingly in “The Darkest Hour”) and even the unknown Zion wise men.

According to the most widespread legend during the Waterloo battle, Nathan Rothschild used the information about Napoleon’s defeat for a successful game on the exchange, which allowed him to earn about 40 million pounds. Hard to say whether or not it happened, but it’s even harder to argue with this statement.

And if we add to the term “information” a particle of “geo” and think of the numerous technologies that exist nowadays, allowing us to obtain and use a variety of spatial data, then this statement can be considered as a meme.

Readers of our blog don’t need to be convinced in the usefulness and prospects of using geodata in everyday life and work. It is also clear that spatial information is at the core of activities of government agencies such as the Ministry of Defense and various secret services.

But what do we know about this?

It seems that there would be little information about this out there, which completely makes sense. But to our surprise, it turned out that this is not quite the case.

For example, an overview of internet sources that cover the activities of such a specific US service as the National Geospatial Intelligence Agency (NGA) has shown that there are quite a lot of such publications. It is clear that they are only the surface of the iceberg, but the fact that secret organizations have their sites, hold conferences, make podcasts and even engage in commercial activities shows that the “color of time” has changed. While the ancient organizations of masters of cloaks and daggers preferred full secrecy, the current ones seem to have taken the principle formulated by Father Brown: “Where does a wise man hide a leaf? In the forest. But what does he do if there is no forest? He grows a forest to hide it in.”

On October 1, 1996, the National Imagery and Mapping Agency was formed through the merger of several departments in the United States. On November 24, 2003, the agency received a new name for the more accurate description of its activities – the National Geospatial-Intelligence Agency.
The NGA headquarters is located in Springfield, Fairfax County, Virginia, where new premises were built in 2011. The building has an area of 214 thousand square meters.

The dimensions of the atrium are such that the Statue of Liberty can fit inside. The building meets the requirements of green environmental and energy design.

The NGA headquarters employs approximately 14,500 people. The budget of the organization is classified, but according to some data, in 2013, was $ 4.9 billion. 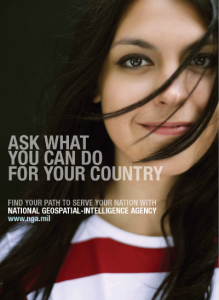 In the broadest sense, GEOINT is considered by experts not only as a range of intelligence activities but as a new philosophy of working with information, the basic concepts become “where” and “when”. For anyone interested in GEOINT, we recommend this article, it describes in detail the history of the emergence and the present of the service. 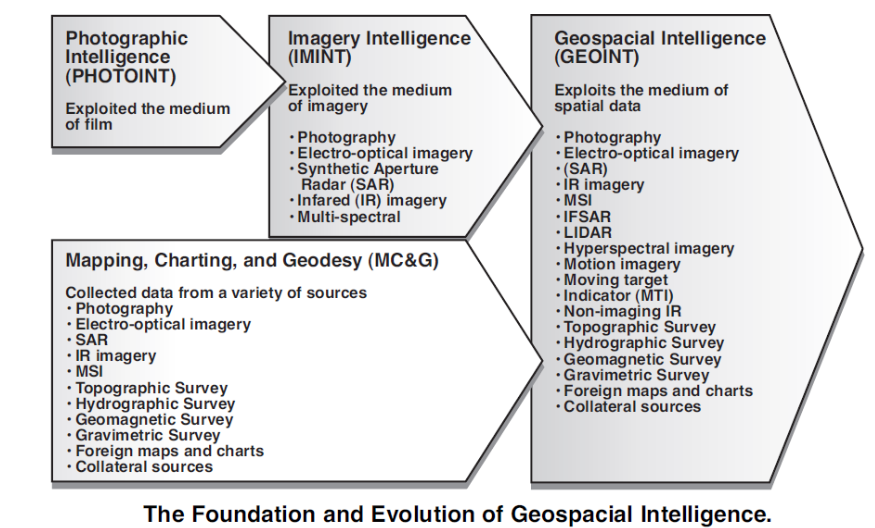 ensuring air and sea navigation safety, keeping up-to-date information and services of the highest quality for US military and global transport networks

For obvious reasons, the most notable successes of the NGA is in solving civic problems. For example, the successful work of the agency for hurricane Katrina response was widely publicized.

In the affected areas, mobile analytical systems were deployed in a timely manner, which provided key information for response teams. Mobile Integrated Geospatial-Intelligence Systems (MIGS) were installed on the HMMWV Jeeps Chassis, for the rapid reception of satellite images. Such stations are called “NGA on wheels,” previously used in the area of hostilities in Iraq. Thanks to them, rescuers and the police quickly received detailed pictures of flooded and ruined areas. 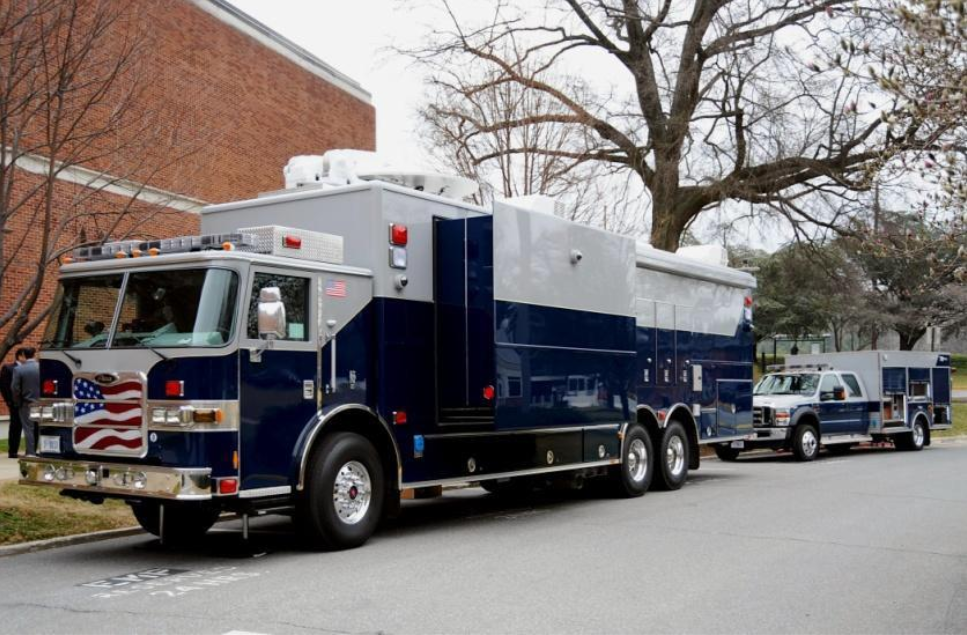 In eliminating the consequences of the hurricane, the NGA has solved many issues, such as: planning for recovery operations, assessing the status of the dam, assessing the level of damage to the industry and total losses, recommendations for the restoration and placement of oil platforms, etc.

In addition to the FEMA rescuers, NGA geographic information products were used by the police, the National Guard, the Navy, the total of 80 government agencies and services. Also, civilians affected by the hurricane had access to the information. They could use their address to obtain non-classified satellite images that allowed to assess the state of buildings and real estate. High-resolution satellite images of the destruction zone were available through the NGA Internet portal.

The actions of the NGA secret service and staff at the Katrina hurricane response are recognized as successful.

In the end, here are a few interesting facts that illustrate how complicated the fate of intelligence services became in the present when almost everyone has access to open information resources.

One of the noisy and very revealing incidents of this kind occurred in July 2007. A person named Dan Twohig was looking for a new home at on the Microsoft Virtual Earth site and saw a satellite image depicting a US Navy’s Ohio submarine in the Bangor, Washington, DC shipyard. The significance of this discovery was that the submarine’s propeller was visible, the special design of which is considered a secret.

The design of the propeller is an integral part of the ability of the submarine to remain undetected during military operations, so there is a rule to immediately cover the propeller at any extraction of submarines from the water. However, in this case, it was not done for some reason, and the image got to the internet, and moreover – became world-famous. 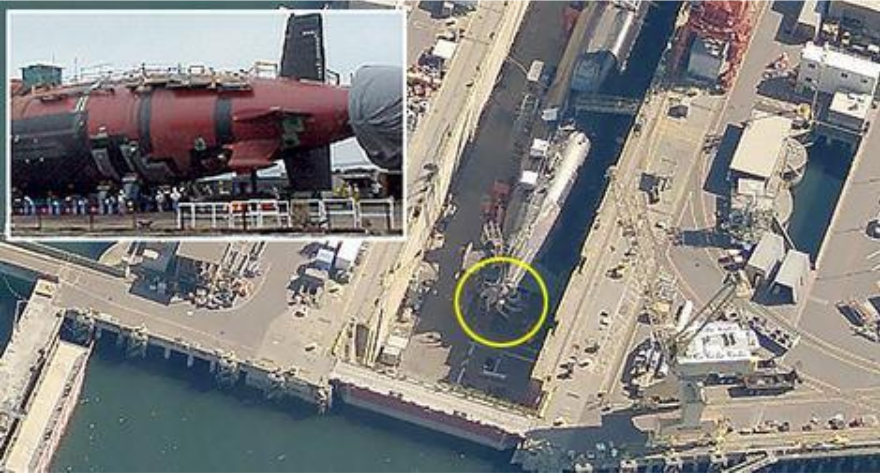 This finding has led to serious debate over whether interactive mapping services should be able to host and publish US military bases.

Another incident with public intelligence happened when the new Google Street View service was introduced. This service became available in 2007 and offered to add to the maps features like panoramic photos of streets taken from the surface level. Google had launched special car surveys of the streets. Municipal authorities, of course, do not usually object to such activity. But as a result of their work, Google cars also scanned a number of security features. In particular, for common access and intelligence, Fort Sam Houston’s military base in Texas was completely open, where the security guards let a survey car on the territory due to misunderstandings.

Also last year, one of the big news was the discovery made by an Australian student Nathan Rascher. Rascher found that with the help of the heatmap feature of Strava fitness tracking application, it was possible to find and see the locations of American military bases overseas.

So, the new times create new plots for spy movies which are sometimes more elaborate than fiction.