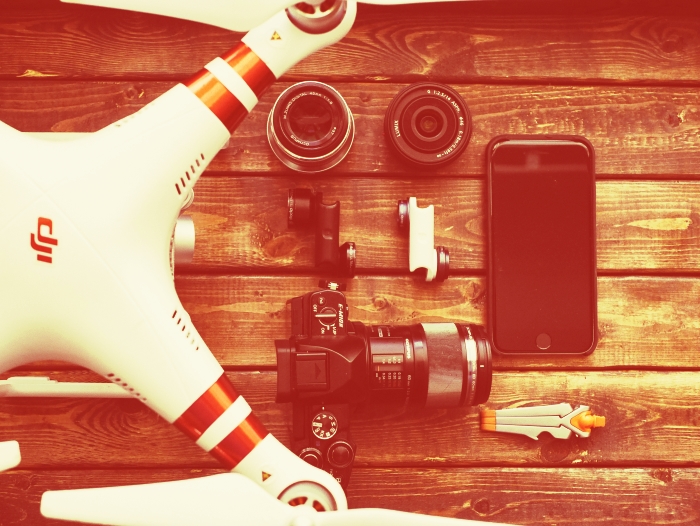 The use of UAVs is spread in many areas of activity (we’ve talked about it in a previous post). Each of these areas requires specific approaches of drone preparation and operator training. Based on my own experience and the analysis of the experience of other specialists, I want to highlight the main aspects of the use of the UAV, detailing each stage of fieldwork preparation and performance, with an emphasis on mapping, monitoring and agriculture.

The first and most important step before starting to work a UAV is the choice of task specific equipment. Today, there is a large number of manufacturing companies that offer a variety of these devices. Prices range from a few thousand to several hundred thousand UAH. The cost of the UAV is influenced by their characteristics, namely: the material of the assembly (plastic, carbon), operating time in flight mode (battery capacity), the distance of the quadcopter from the operator (radio power), cameras (optical, NIR), the amount of internal memory (you can increase it by purchasing additional memory cards), the accuracy of the onboard GPS, the ability of automatic routing, the temperature range, etc. In most cases, it is the camera’s characteristics that determine the use of drones in cartography and agriculture.

After selecting the UAV that answers your needs, it is important to set up the peripherals that will make working in the field much easier.

A suitable container (e.g. a backpack) is needed. One can be ordered from the copter provider or it can be a DIY. Advantages of a special backpack are the materials it is made of (as a rule it is moisture-resistant fabric), and the compartments for the components of the UAV, which help to preserve their integrity during storage and transportation.

“Stock up” with additional batteries, on average one battery is enough for 20-25 minutes of flight, which in most cases is not enough to finish the tasks. Also, it is good to have a cable for charging from the car’s cigarette lighter, or ideally a portable electric generator (for long field work). As a rule, battery chargers have only one slot for one battery, so for saving time (charging one battery takes up to 2 hours), it is handy to get a special module that allows you to charge several batteries.

It is necessary to purchase spare propellers in case of damage during transportation, device falling and so on. It should be noted that most propellers are made of plastic or carbon fibre, with the possible bad landing of the drone, working at low air temperatures, or when in contact with the snow cover, they simply “crumble” into pieces. In addition, bumpers for propellers can be purchased to protect the surrounding people from contact with them, and keep the blades safe in case they get in contact with leaves or branches of trees, etc.

One of the most important steps of the preparation is choosing the flight supporting gadget: a tablet or a smartphone. Most copters are controlled from iOS, Android or Windows devices. Most people have smartphones nowadays and usually, they use one as a “flight control center”. The main requirements are:

When using a smartphone as a drone management tool it is best to have a separate sim card, or even have a separate gadget for flying the UAV. Your phone can get a call during the flight that can lead to software malfunctions, disorient the operator and have negative consequences – losing control over the UAV, dropping the drone or injuring people. Also, on the accompanying gadget, you need to disable the automatic connection to the WiFi source, because it may cause a switch from the drone to another stationary router, which will lead to a possible loss of control and a crash.

Another optional but very useful feature is a small GPS tracker that can be easily attached to the drone. The main idea – this helps in the search for the UAV on the surface, especially in the vegetation when the device falls.

After preparing the technical components, the next step is choosing the proper software for managing the drones, planning and compiling routes in auto-pilot mode. As a rule, manufacturers of copters provide free applications to manage their devices.

We have been using drones by DJI – Phanom 2 Vision + and Phanom 3. The developer offers DJI Vision and DJI GO applications. These applications support the entire line of DJI’s copters. They provide drone configuration, calibration of navigation devices, show the drone camera image on the gadget screen with the control panel, allow you to control the position of the camera during flights, show the main parameters of the flight: height, speed, number of satellites, level of battery charge (of both quadcopter and WiFi router), the amount of free memory for data, etc. These software products are key in drone operation training and further use. 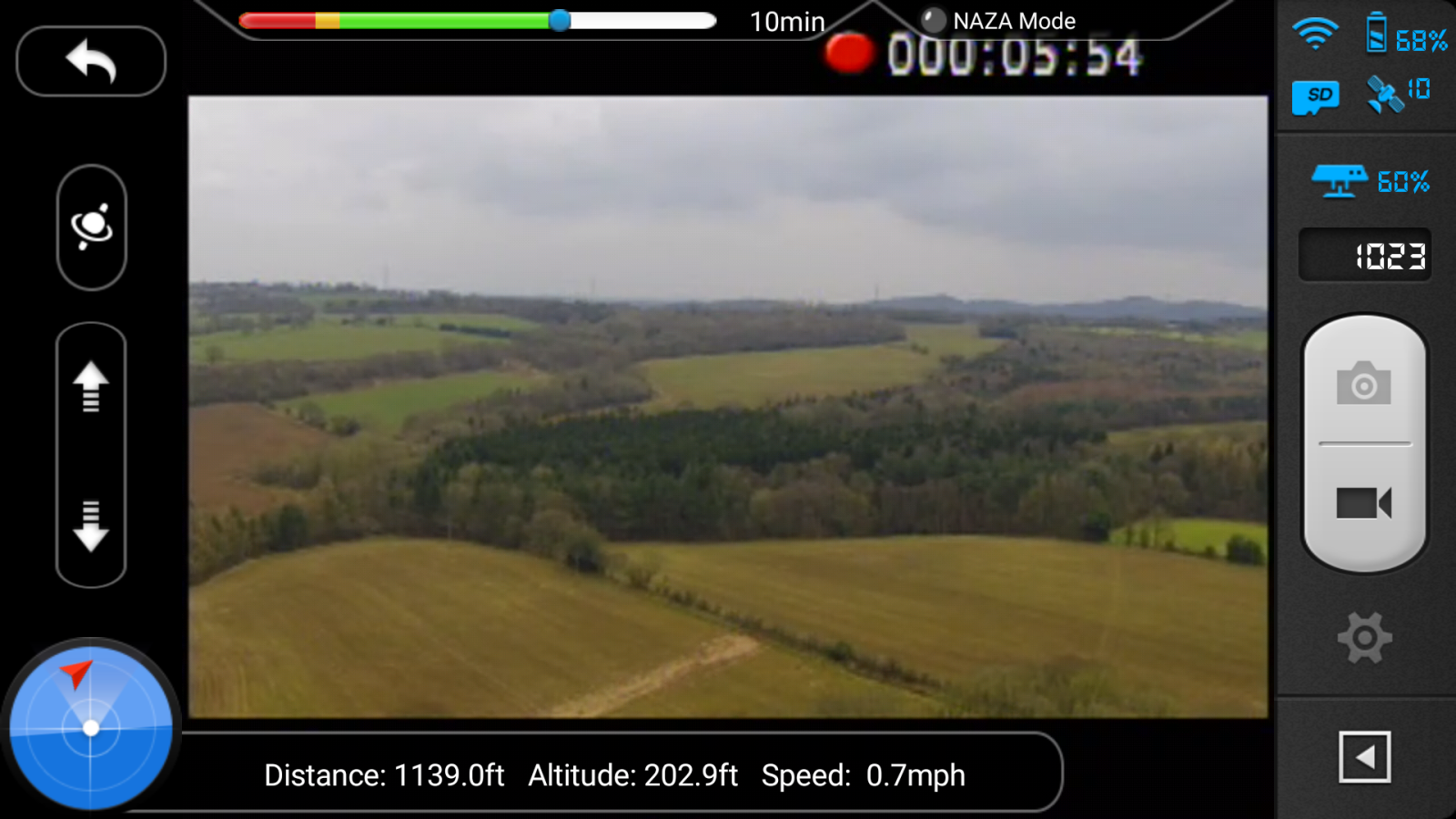 At the same time, there are software products made specifically for creating flight routes of an area in auto-pilot mode. Today, the prominent ones are DroneDeploy and Pix4D Capture, these work with drones from all manufacturers. Using cartographic base layers, these software tools allow you to designate the area to be surveyed, specify the altitude and speed of the flight, set the percentage of longitudinal and transverse overlapping of photos, launch the flight in auto-pilot mode. At the same time, in the same applications, similarly to DJI Vision and DJI GO, you can also track the “life” of the device, except for the so-called telemetry function, that is, we will not be able to see the image from the camera.

Once the equipment and software for the UAV are ready, you can go directly to the test flights in order to have the basic drone management skills. Typically, a number of training exercises are given in the operating instructions, and these should not be neglected. The first lessons should take place in open areas without such obstacles as high vegetation, trees, power grid lines, etc., and in the absence of crowds. In addition to acquiring quad control skills in manual mode, it is necessary to make several flights in auto-pilot mode. As practice shows, when training to work with auto-pilot it is useful to test abnormal situations – e.g. when the drone does not follow the specified route and “flies off”. In such cases, the manual control mode must be activated immediately and the UAV directed manually to the starting point. These skills will relieve the operator of stress in the future in the event of autopilot malfunctions. In practice, such cases occur one in ten flights (using DJI’s Phanom 2 Vision + and Phanom 3 drones, HTC, Samsung, Lenovo, Meizu smartphones). It is very difficult to establish their cause since various combinations of the drone + gadget were experimentally used. 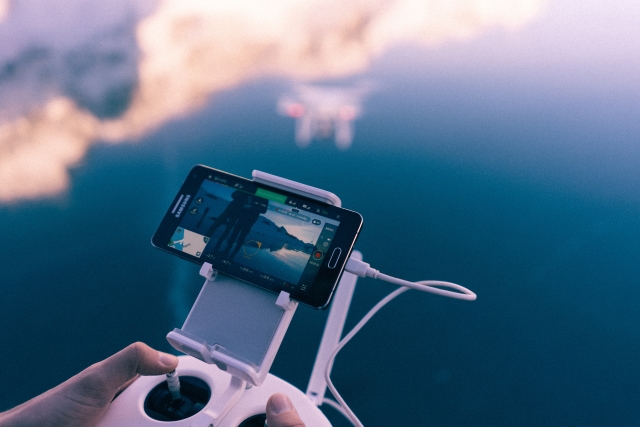 When you have acquired operation skills and are ready for field work, you must maximally charge the control panel, all the batteries of the quadcopter and the accompanying gadget before heading out. In addition, conduct “reconnaissance” of the area, that is, through online maps and satellite images examine the area of interest. It is necessary to look out for high-altitude obstacles: trees, electricity grid lines, etc. Also, it can be useful to download the territory map into the cache, because very often the data connection in some areas can be quite poor. Before the trip, you can plan flight routes, build them in the application, calculate their total number and determine the optimal point for the start. During the flight, it is desirable that the operator is located at the center of the area, if the drone has small range radio, and the remote control should always be directed towards the aircraft.

It is useful to set the location of photo-video storage to the drone memory card in the settings, instead of the gadget’s memory. This will reduce the load on the control panel, which will reduce the risk of malfunctions, increase the operating time of the UAV batteries, control panel and gadget and speed up the data storage process. Another step that can be done during preparation is checking the meteorological situation at the site. The most favorable is warm, clear weather with no wind. Low temperature or gusts of wind significantly reduce the autonomous operating time of the UAV, and sometimes these factors lead to the fall of the apparatus. As a rule, the temperature conditions for the drones are given in user manuals.

The time of surveying is also very important. When shooting an agricultural field with an ordinary optical camera, it is desirable that there are no shadows from forests, clouds and other objects. When shooting ravines and similar terrain, it is necessary to plan the flight time so that sunlight falls on the slope exposure without creating shadows inside the ravine. The shadow effect when working with a conventional camera creates uneven lighting of the object, which affects the quality of color transfer and can have a negative effect on the processing, analysis of the data and evaluation of the result.

The description of the UAVs always contains the characteristics of wind resistance, however, as practice shows, the most dangerous is the lifting of the drone in windy conditions, even slight. Therefore, it is necessary to choose a less windy area to start from. For example, five to seven meters from a forested area, if it is not possible, then the quadcopter should be lifted sharply to a height of 2-2.5 m, then stop lifting to stabilize the device.

After choosing the start point and getting the copter ready for flight, make sure that the protective tabs/clamps are removed or undone, this primarily concerns the camera. First of all turn on the control panel, next – the UAV itself. When a route is planned in special software, the estimated time of flight is indicated, and a message states if the survey can be performed taking into account the battery life. However, the time stated is approximate and assumes that the survey will be performed under ideal conditions, therefore, as a rule, it is necessary to throw in additional 3-4 minutes to the specified time. 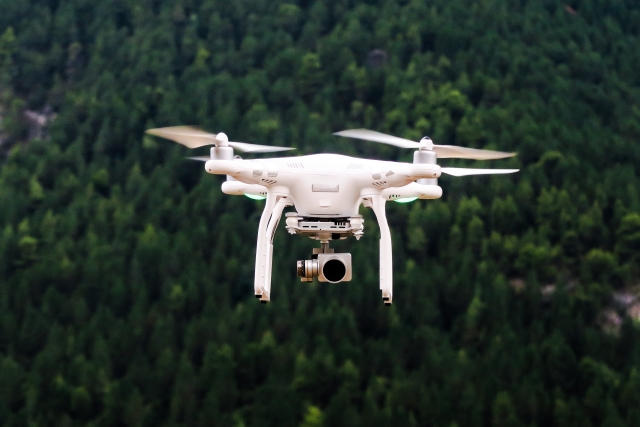 Flight and the results

When surveying with the autopilot function, you need to be ready to switch to manual control. Usually, it is very difficult to choose the right altitude when working in curvy terrain, taking into account the vegetation. Remembered that in case of failure and return of the UAV to the starting point, it will move in a straight line, without avoiding obstacles. During a flight, the operator must always keep his drone in sight.

When the survey in autopilot mode is complete it is better to switch to manual during landing. Taking into consideration the possible surface roughness, in the field it is best to land the drone into the hand (of the pilot or the assistant) at slow speed. This manoeuvre should be practised beforehand, as it is dangerous for beginners.

If several areas are surveyed in one day, it is best to separate the images with a random shot. When processing big batches of images of similar crop fields it is difficult to tell routes from one another.

The image data can be uploaded to a computer in two ways: from a USB-cable and from the memory card itself. If you are using the first way, before turning on the UAV for this procedure, take off the camera clamp. When the camera is locked and the drone is turned on, the camera goes “live” and the limited movement of the camera affects the calibration and quality of work in the future.

What next? Experimental flights are currently underway to determine the survey accuracy of different UAVs using various technical parameters and criteria. So… to be continued