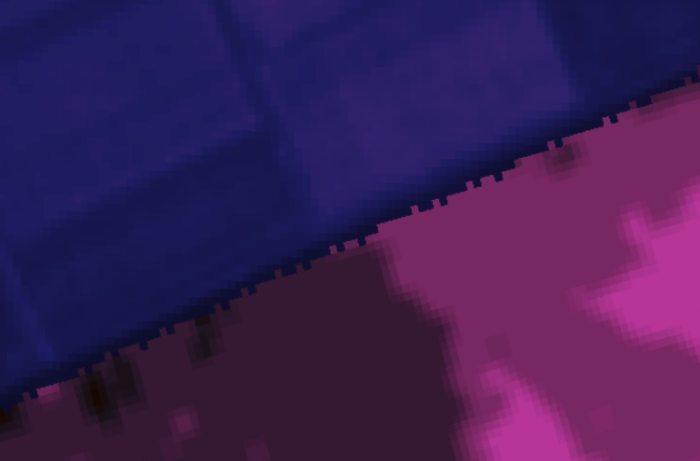 Determination of humus content in soils based on remote sensing materials is the most detailed methodological and practical section of the remote monitoring of soils. It is already widely used in practice and has credible results. With the right technology, the error of remote humus determination is not greater than the error of laboratory analytical definitions.

What is the technology of remote definition of humus content?

Suppose there is a picture of a field free from vegetation, with visually non-uniform color of the surface. With some probability, this heterogeneity is explained by the difference in soil humus, which we aim to quantify.

First, we must make sure that this differentiation is due precisely to the coloration of the soil, rather than the plant cover or plant remains.

To do this, you need either to build a normalized difference vegetation index (NDVI), or to rely on an expert assessment. The latter, by the way, can be performed by a person with a minimum amount of knowledge and skills of visual decoding (Fig. 1). 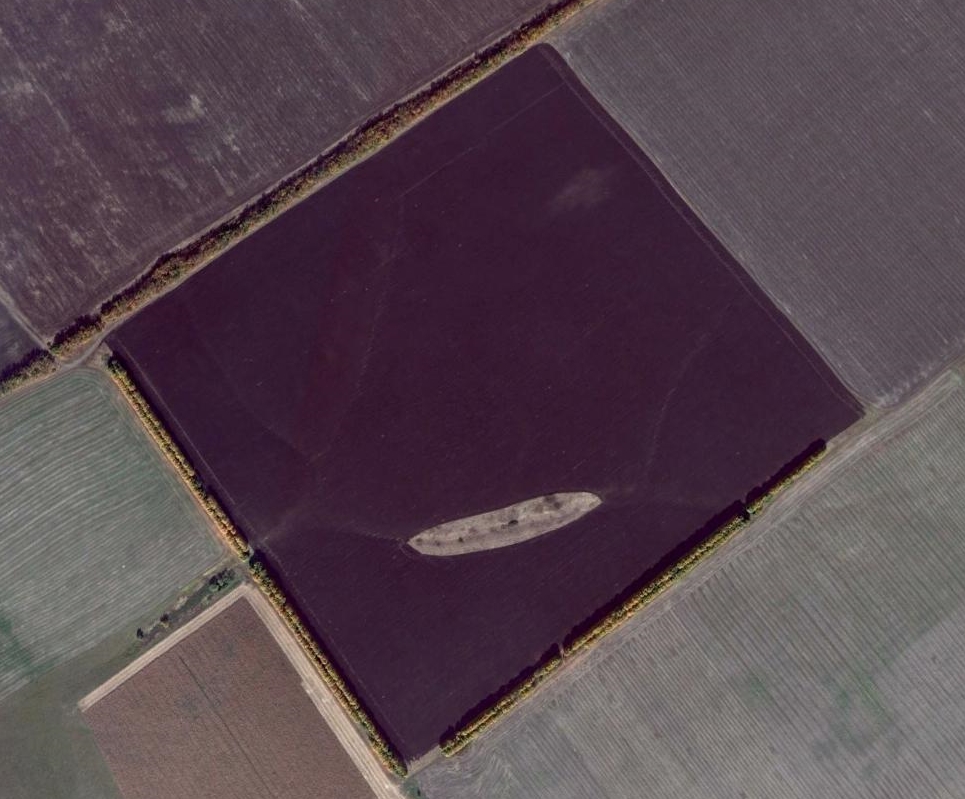 Fig. 1. It is not difficult to distinguish vegetation-less fields in a color image

It is somewhat more difficult to separate completely open fields from the fields with the consequences of various agro-technological operations – equipment traces, stubble remnants, etc (Fig. 2). 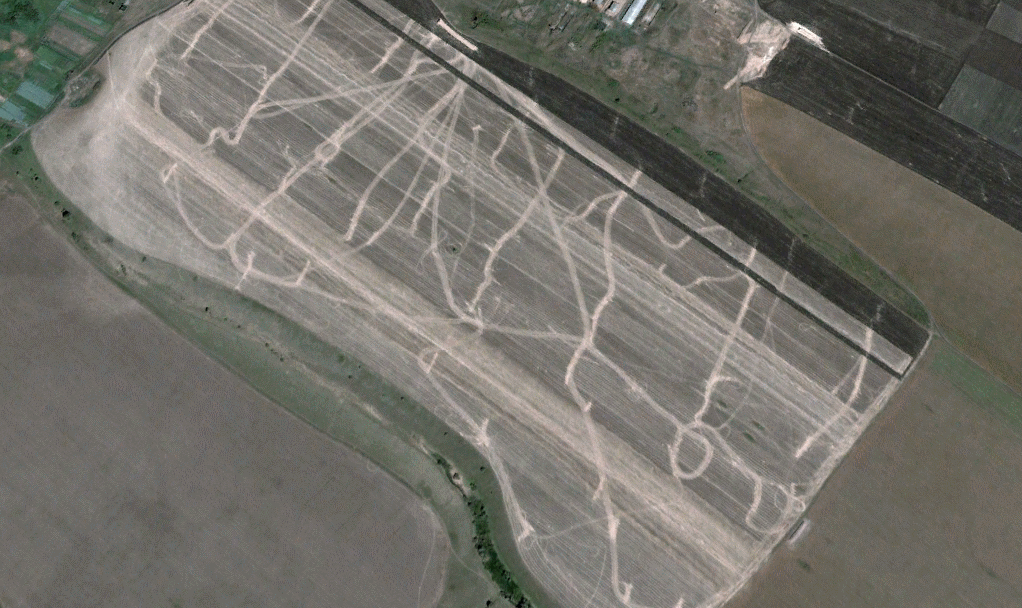 Fig. 2. Light stripes and lines in this field are not soil erosion, but plant remains

To determine whether the heterogeneity of the color is an artifact, it is appropriate to take into account both direct and indirect features when decoding. For example, it is obvious that the complex structure of lines of light tone of equal width in figure 2 is anthropogenic and is caused by plant remains.

The situation in Figure 3 is more complicated. Here, light areas of different origin are observed on the field. 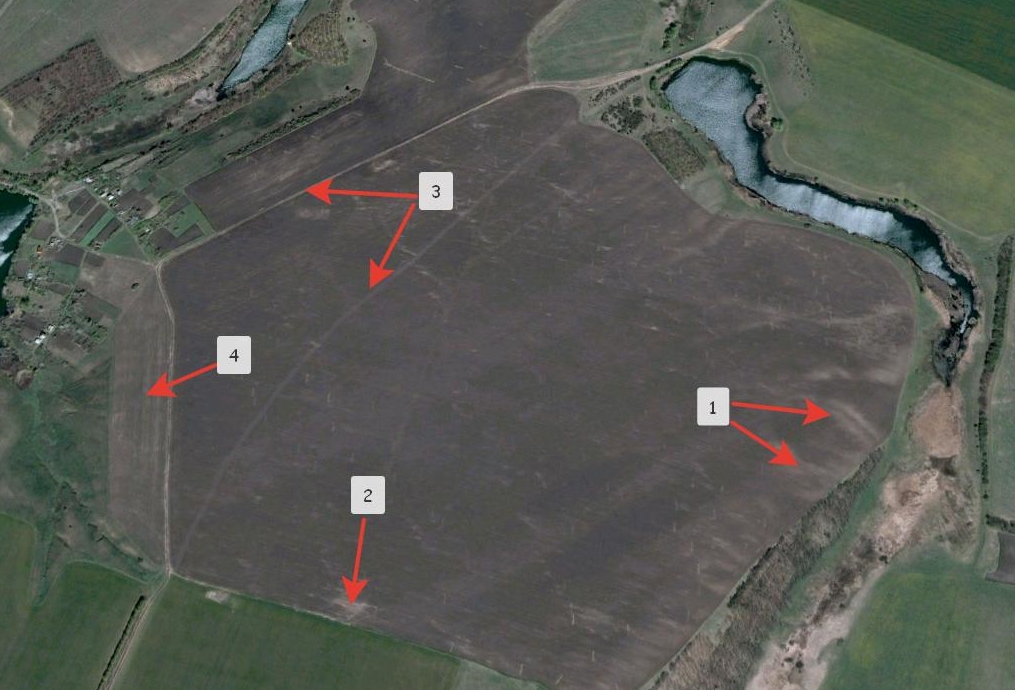 Fig. 3. An example of a field where the heterogeneity of color is caused by several different factors. Numbers indicate: 1 – manifestations of water erosion of the soil, 2 – plant remains, left after the cultivation of the soil, 3 – field path, 4 – part of the field with unplowed stubble.

So, from the three images presented, only the first variability is due to the very color of the soil itself. This is the snapshot that can be worked with in the future, the other two snapshots are not suitable for determining humus content.

When an image of the required quality is selected, the work is carried out according to a simple scheme, developed in the 90-s in Ukraine by soil scientists of the Institute of Soil Science and Agrochemistry.

We will illustrate it with an example from the classical study of Anatoliy Shatokhin, in which the technique of determining the content of humus from satellite images was developed and worked out.

Important note. The coloration of the soil strongly depends on its moisture content. Therefore, for the remote determination of humus content, it is necessary to select fields whose soil surface is in the so-called air-dry state. To do this, analyze the archival data of meteorological observations, and select images for a period when rainfall has not been observed for at least three or four days. 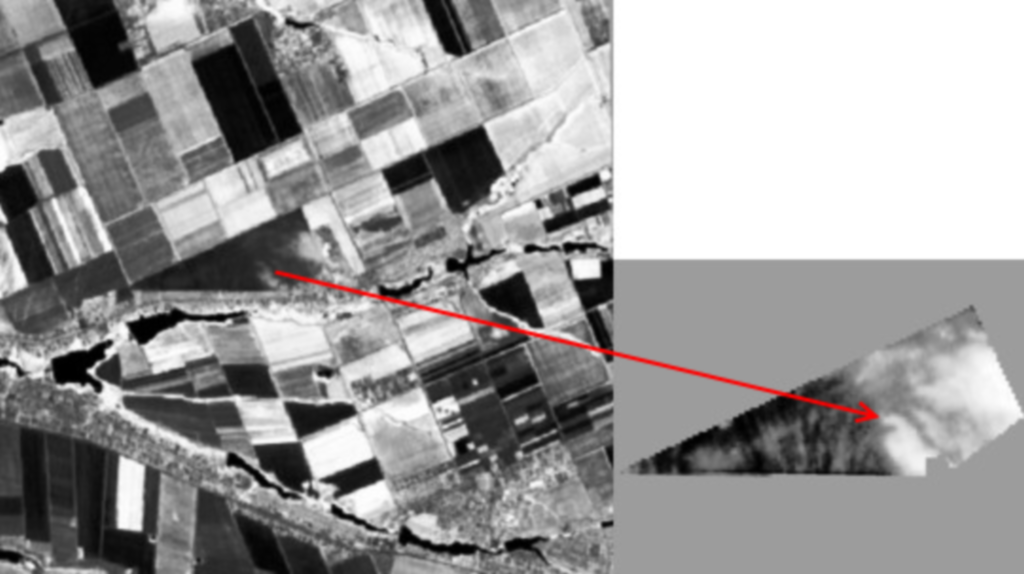 Fig. 4. An image of the DIAP Test Fields used to test the method for determining the content of humus according to remote sensing data (spectral range 0.79-0.89 μm)

The triangular field in the center of the image (146 hectares) is free of vegetation, that is, the heterogeneity of the color of the image is due only to the properties of the soil. 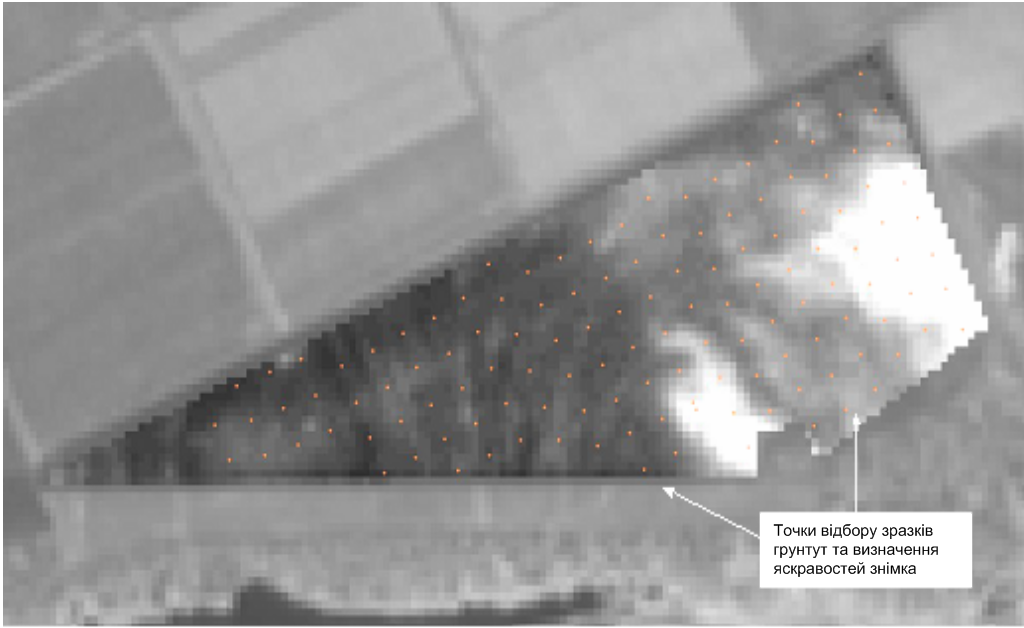 For the study field, the dependence of the brightness of the image in the red range on the content of humus in the soil is described by the following regression equation (Fig. 6):

The coefficient of determination in this equation is r2 = 0,77, this shows that 77% of brightness variability is caused by the humus content. We have already written about the spectral reflectance of the soil. And although it is due not only to humus, this is a rather high indicator of the correlation. 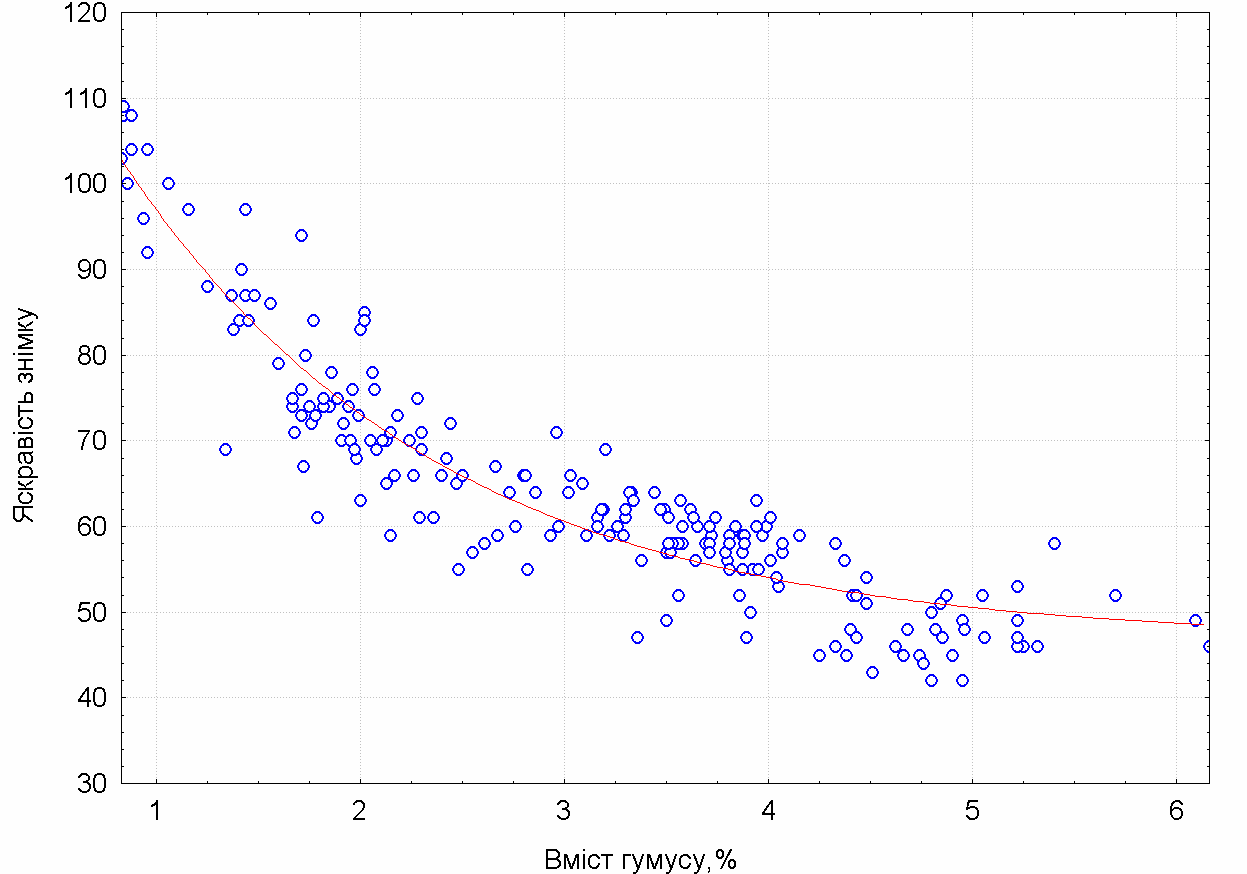 Fig. 6. Correlation of soil brightness in the red range and the content of humus in it 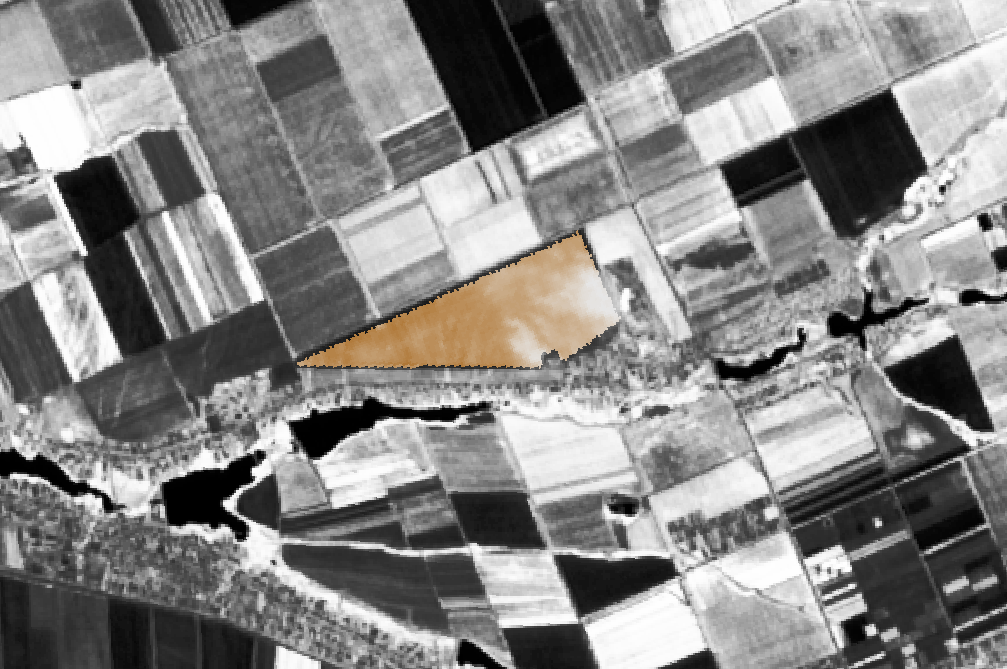 It can easily be transformed into a cartogram more convenient for perception (Fig. 8), choosing a suitable number of graduated classes. 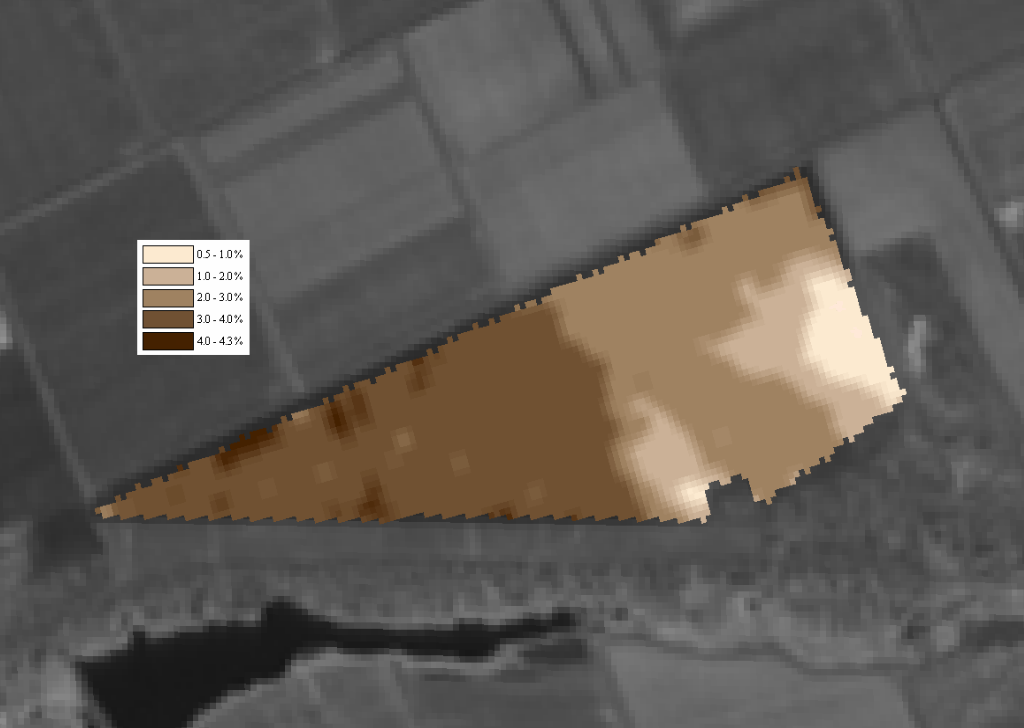 We can conclude that the remote determination of humus content in soils is actually a routine task that can easily be performed under certain rules:

If we turn to UAVs (they seem to have another advantage, compared to satellite imagery), there is no need to look for an open field, adapting to circumstances and choosing “the best among the worst”. With drone data in mind, we can choose a suitable location, that meets the requirements, conduct the survey at the best time in terms of weather and vegetation cover. This can even be done after the field samples were collected.