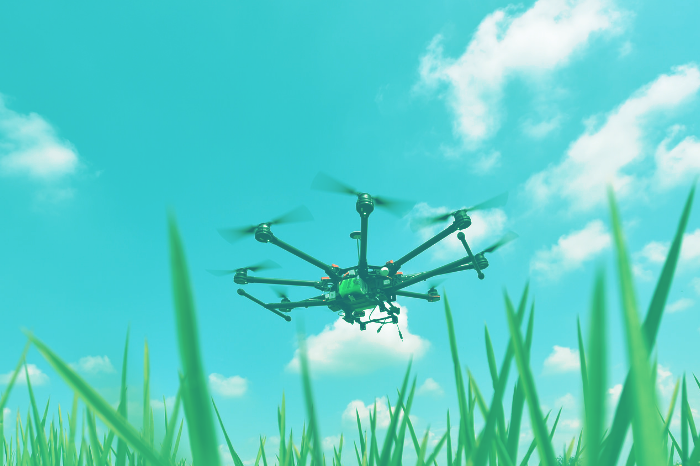 One of the simplest and most common classifications of drones is their division into amateur and professional classes. However, for drones used in agriculture, this kind of classification is not very relevant, since almost all such drones belong to the professional segment. Therefore, most of the UAVs are divided into two large categories, namely fixed-wing drones, that look like small planes, and copters, that use 4 or 8 propellers to fly.

Fixed-wing drones allow for surveying of large areas over a short period of time. For example, SenseFly eBee SQ can cover an area of about 200 hectares with a resolution of 3 (only visible range of the spectrum) to 12 centimeters (multispectral images). Fixed wing drones are used mainly for working at large farms, since surveying small areas with these devices may prove to be simply unprofitable. In addition, for the take-off and landing of fixed-wing drones, a relatively large “runway” must be provided, which is not always possible for small farms.

Unlike fixed-wing drones, copter-type drones do not require a separate area for take-off and landing and can be started literally “from hand”. In addition, they provide a slightly higher resolution of images and give the operator a much wider flight management capability, which is often very important for performing frequent monitoring of crops. For example, the AGBOT drone allows sensing in the infrared, visible, and thermal range of the spectrum. 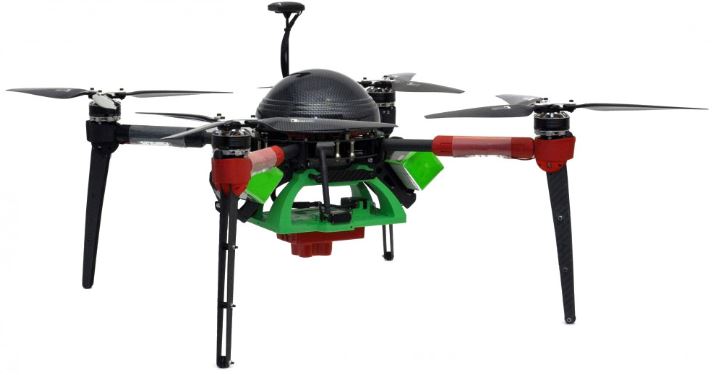 This kind of functionality is achieved thanks to the modular principle of drone construction. While the fixed-wing drones have built-in cameras, the copter-type drones give the option of buying a camera with the required characteristics separately. There are many camera options available today, ranging from modified versions of the Canon S100 and GoPro 4 cameras to specially designed MicaSense RedEdge cameras. Some UAV manufacturers produce separate versions of modified cameras, that allow you to take infrared spectra, or even get NDVI values at once. For example, DJI offers a modified NDVI camera for Phantom 3-4 drones, which is now one of the most popular drone models in the market.

The copter-type drones are becoming more and more popular among agrarians, which is explained by the possibility of more detailed monitoring of crops and the price factor. While the price of drones with a fixed wing is usually several tens of thousands of dollars, using a copter type drone, up to 10 000 dollars is sufficient. For example, DJI offers a “smarter farming kit” for $8 300. It consists of DJI M100 drone, two multispectral cameras, four batteries and special software for crop processing. 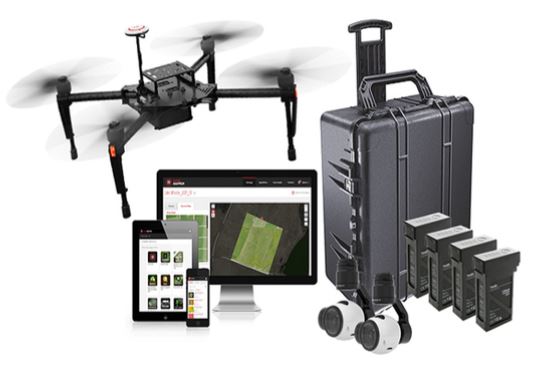 In case the budget is very limited, it is also quite realistic to assemble a crop monitoring system based on a copter-type drone priced up to $ 1000. To do this, you need to buy some inexpensive Chinese drone with the possibility to install a GoPro camera and the actual GoPro camera modified to sense the NDVI indexes. Such a solution surely will not have the upper hand compared to professional systems, in particular with regard to such parameters as the radius of operation from the control panel, the survey speed and battery life. But at the same time, the results of surveying (and at the end of the day, the decisions made to increase or maintain the yield) may not significantly differ from the results obtained from much more expensive systems. Because often the result determines not the way the survey was performed, but what software and which algorithms the collected data was processed by.

Will look into it in the future.