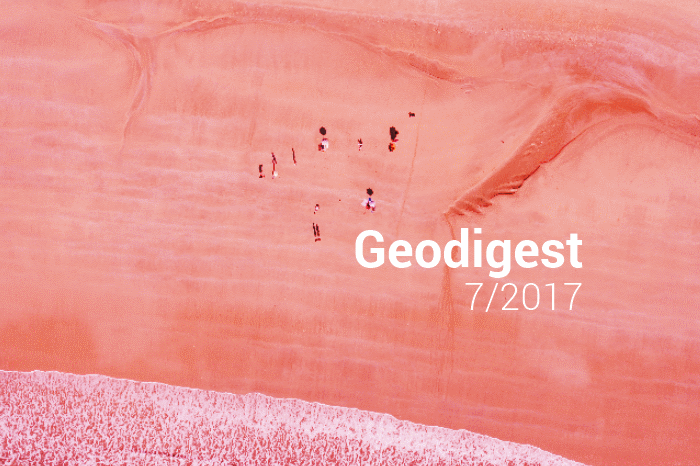 The GeoBlacklight software stack consists of several open source software projects which work together to enable a better discovery experience.

RiscOSM is a vector map rendering application based on OpenStreetMap

What if everyone lived in just one city?

A set of space travel posters from NASA/JPL.

Travel the path of the solar eclipse.

The history of Planet Labs and their tiny satellites.

Disaster data from Planet Labs made available directly to the public.

A virtual tour around Ukrainian open-air museums by Google.

A case study of OpenStreetMap for routing of people with limited mobility.

A study of increasing B2B sales by redesigning sales territories.

The insidious creep of pseudo-public space in London, and a map.

About Decimal, a minimalist map style.

Quiz: Can you name these streets?

Discussion about image sources for OpenStreetMap.

Research of agglomerations by Urbica.

About the new Cartogram tool and keeping the user in mind.

Incredible ‘vein maps‘ of the world.

Research of Yaroslaviv Val street and its neighbourhood in Kyiv.

Where you’d end up if you dug a tunnel straight through the Earth. And an interactive antipodes map.

A map of historic places in the world.

Map of the unexplored world (to Westerners) from 1881.

Hair and eye pigmentation in Europe.

The number of official languages per country.

What is the biggest threat to your country?

The cost of living everywhere in the world.