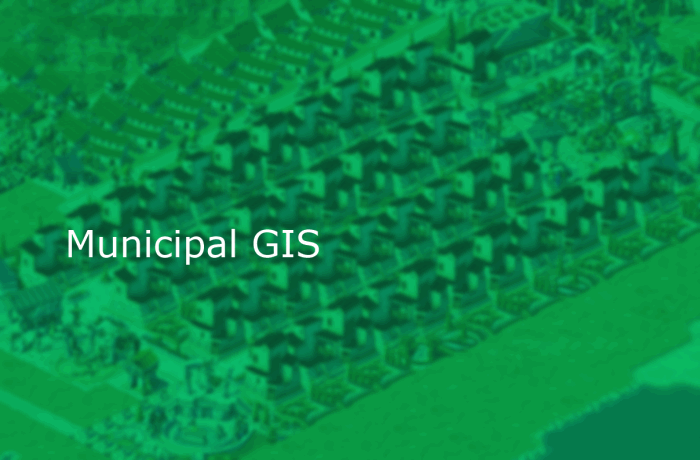 According to the UN, more than 54% of the global population lives in urban areas. Of course, the concept of “city” depending on a continent and a country. But regardless of the location all urban residents are united by their inclination to live in a safe, comfortable and attractive environment. Shaping of this environment relies equally on both the local authorities and the public. For a qualitative change of the urban environment, they need an understanding of how the city is at a given time, how the various municipal services interact with each other, how friendly the city is in terms of people moving around it, which locations primarily need to change. The list of questions is endless, and the answer to each of them varies for each city. The only thing what you can be sure of is that all the information necessary for answering them have a spatial context. And therefore the best tool for studying them is GIS. So let’s see what a city GIS is, who uses them, what data they should include, and what technologies they are built on.

What is city GIS?

A clear definition of city GIS (or municipal GIS) is difficult to define. In the Ukrainian segment of Wikipedia it says: “Municipal GIS (MGIS) is a set of methodological, organizational, software, technical and information tools designed to increase the effectiveness in management of city infrastructure through the use of new information technologies.” But when you consider that any GIS of a certain territory is a “complex methodological, organizational, software, technical and information tools” which are based on IT-technologies, than this definition can be simplified to: “Municipal GIS is a GIS that improves effectiveness in management of city infrastructure. ” And if you ask Google about ‘city GIS’, it turns out that the real possibilities of municipal GIS are much broader.

For example, New York City GIS provides information about objects that are constructed and reconstructed, open Wi-Fi spots, city development programs, and dozens of other information components that are primarily of interest to local citizens, not its management. 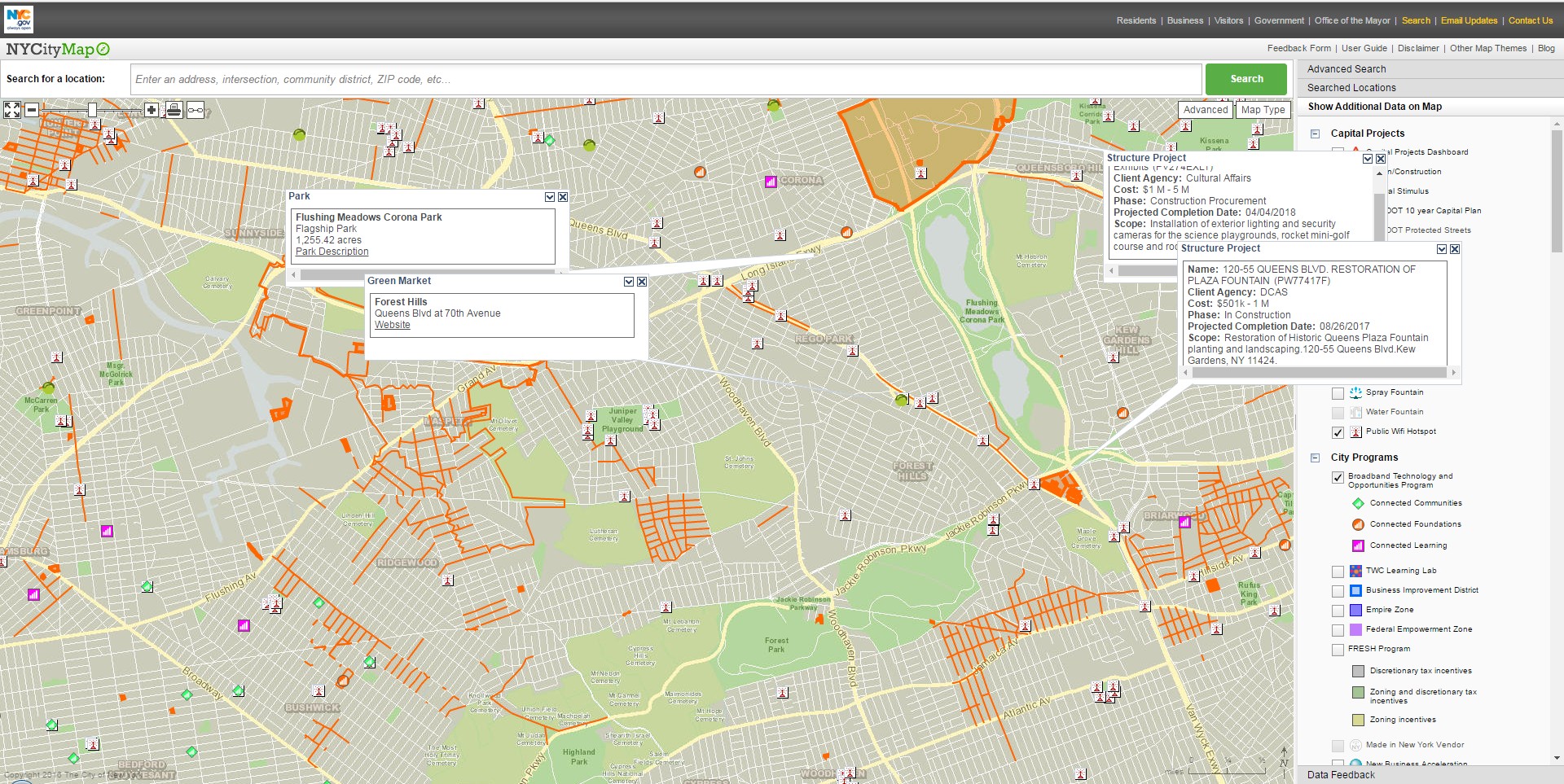 A similar pattern is observed for a number of other municipal GIS, where informative functionality surpasses management functionality. Such an approach is logical, given the fact that having access to information makes it much easier to make management decisions, but who said that this information cannot be useful for ordinary residents?

coverage of the city urban and sometimes suburban areas;

focusing on information necessary for residents;

funding from the city budget.

What city GIS is not?

It is not easy to answer the “What is city GIS?” question or to define the characteristics it should possess. But, as often happens, it is more important to decide what city GIS is not. Doing so will help spend the municipal budget more efficiently, without spending the funds on creating a service that nobody needs or that would have similar functionality and content as Google Maps or OpenStreetMap. So…

Reading the descriptions of the functionality of some advanced GIS platforms for building municipal GIS, I got an impression that the introduction of such GIS would immediately solve all the problems of the city. Yes, city administration’s job will get a little less complicated: it will be enough to sit in front of the monitor and give orders to municipal services, observing their performance in real time. The reality, of course, is much more down to earth. Even the cities such as Amsterdam, Barcelona or Stockholm, working for years on the “smart city” concept, have succeeded in automating only certain aspects of city life (e.g. monitoring free parking in Amsterdam or providing “green corridors” for public transport in Barcelona). 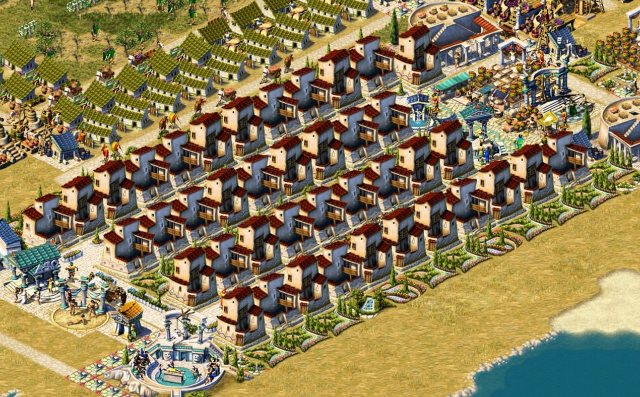 City GIS is not a GIS for municipal services.

Layers with information about the location of underground and aboveground communications in the city, of course, are extremely important for city GIS. But high-quality development of this data can be implemented only by the relevant municipal services. And therefore it is logical that the urban GIS should only aggregate information from municipal geodatabases and make it shared. The creation of spatial data should be done by municipal services within their own GIS. This approach increases the effectiveness of data collection and management, and additionally gives an opportunity to concentrate on aspects of cooperation and exchange of spatial data during the development of municipal GIS, not routine procedures for their collection. The Prague GIS can be given as an example, where information about the municipal systems was made by the city as a separate service available for both municipal services and for all citizens.

City GIS is not an advertising service.

When developing a municipal GIS, the city management might have a natural wish to make it self-supporting. And the easiest solution for doing so is cooperation with advertisers. But in this case the city GIS will be competing with a number of commercial projects, and then the difference between the municipal GIS and an ordinary advertising geoportal may get quite blurred.

Who are city GIS users?

As mentioned earlier, the information contained in the city GIS is needed by both the management and the residents. There are hundreds of examples in the US, Canada, the EU, and even India, supporting this. Unfortunately, in Ukraine most analytical articles on city GIS describe them as a tool for city officials that may only be used for decision making. This approach is not optimal from several points of view.

A municipal GIS is developed from the city budget and therefore each city resident has the right to use the system. The way they use it depends on specific user. Some may use it as an ordinary web map, others as a tool for social control or implementation of local initiatives development. But the information should be available to residents and the city government is obliged to provide a convenient interface for its use.

Long gone are the days when working with spatial data required installing a powerful desktop GIS like ArcGIS or MapInfo. The possibilities of modern geoportal technology allow a vast majority of operations to view, manipulate and even perform basic spatial analysis without leaving the browser window. With this in mind, we see that the municipal GIS should be developed in the form of a geoportal with easy accessed for all residents. In addition, the geoportal format is also convenient for city officials who do not need to master work in desktop GIS, but rather to learn to work with “another website”.

Development of IT-technologies led to the fact that powerful tools for processing and analyzing data are accessible to everyone. And it is not obvious who is better suited to form a strategy for city development, to increase its comfort or to improve the scheme of public transport. Thus, it may be that a group of enthusiasts from Facebook, armed with R, Wolfram | Alpha and QGIS, offer a much more effective solution than a department of the City Council with years of experience and professional education. But the both groups need data to make their decisions, that is why a city GIS is created in the first place.

What information should support a city GIS?

Information support of municipal GIS differs greatly from system to system. But there are some general trends that distinguish municipal GIS of United States and Canada from European city GIS.

So, if we take an average American city GIS, the information presented in it will cover almost all aspects of city life, from the layer of cadastral division to a layer of fire station locations. Meanwhile GIS of European cities are often characterized by a modest content which relates only to specific data (such as underground utilities). However, these countries develop national geoportals containing extremely large amounts of diverse geodata formed in accordance to the INSPIRE Directive. As an example, the national geoportal of Poland combines municipal GIS for all cities of the country.

Information support of a city GIS is closely linked to the concept of open data. Publishing the information in a GIS environment and visualizing it is not enough. This, of course, is sufficient for the majority of city residents, but is not enough for active citizens who would want to create new services, analytical reports or maps based GIS data. Therefore, given the overall importance of data for development of civil society, GIS cities should provide access to information provided by them in certain standard formats (e.g., * csv or * shp). As an example, Massachusetts state GIS  covering more than 350 settlements provides download options for virtually every part of the map in various formats (* xls, * csv, * shp or * kml).

What technologies are used to build city GIS?

Similarly to information support, the technologies used to build various city GIS differ considerably. Much of the US cities use ESRI geoportals. The technological level of these geoportals can range from ordinary web maps based on ArcGIS Online to powerful solutions that include dozens of interactive maps on various subjects (see BostonMaps for an example). Cities in Europe are using ESRI technology to build their GIS slightly less. They prefer either fully own developments or using MapServer, OpenLayers technologies and their commercial counterparts. Unfortunately, looking at different city GIS’s, I did not find any system built entirely on the basis of open GIS (hopefully some readers will be able to fix it for me in the comments).

As for the municipal GIS’s of Ukraine, their developers are mainly oriented to commercial products. But given the small number of municipal GIS in our country that are in the public domain, it is difficult to make accurate conclusions about what technology is preferred by local developers of GIS. For example, according to official websites, city information center of Kharkiv uses ESRI, and Vinnytsia City Council prefers products KB Panorama. Vinnytsia GIS is worth mentioning due to the fact that it is the only city GIS functioning in Ukraine known to author, which is in the public domain and provides a lot of different information about the city (it’s a shame that the developers did not add a reference to the Leaflet.js library, they actively used during the development of the geoportal).

Talking (and writing) about city GIS may take a long time. And every year the topic clearly become more popular, taking into account the changes that are now observed in Ukrainian cities. But it is important not only to think about a “perfect GIS” you can build with unlimited financial and time resources, and begin to take concrete steps to develop a small, maybe imperfect but functioning GIS. Everyone can join in on this process, – the local authorities and government bodies (map of landfills in Ukraine) and ordinary citizens (e.g. OpenStreetMap project or other crowd sourced projects), – getting the common benefit.

2 thoughts on “GIS and the city”