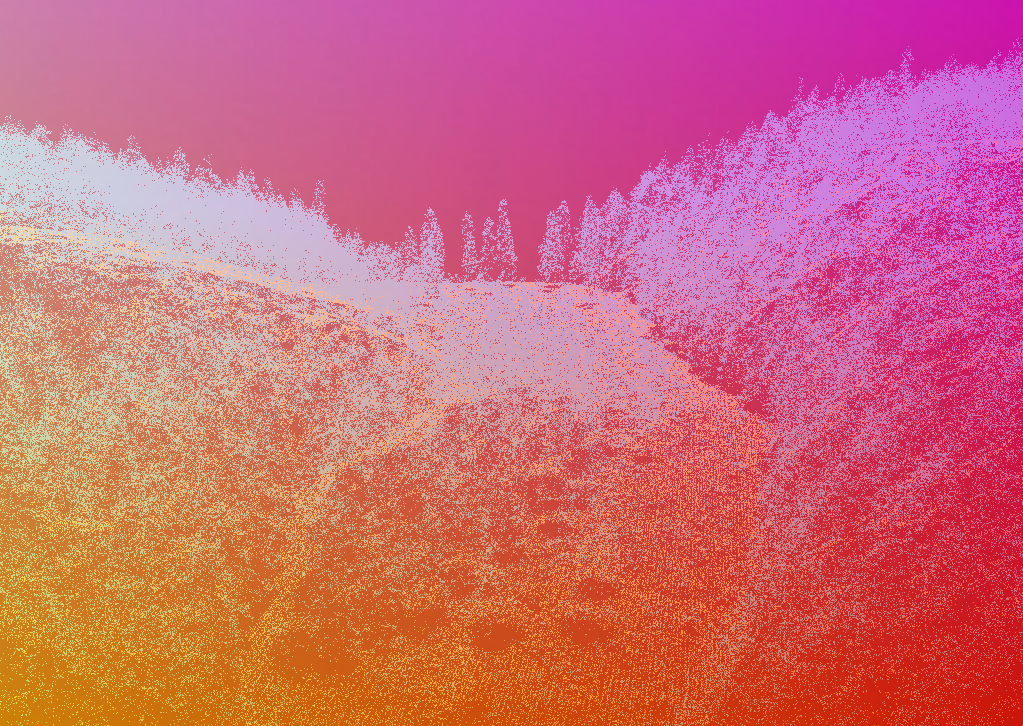 Laser scanning systems have long been used successfully for mapping and monitoring of the environment.

The range of application of the system is very wide – from the construction of 3D models, mapping of coastline, forecasting landslides and floods, studying the habitats of animals, to assessing the effects of various environmental impacts.

The operation of the system is based on detection and determination of distance to an object with the help of a laser. Lidar, in addition to the laser, has a telescope with a light receiver, a system for recording and processing the results of sensing, various devices for managing and displaying information.

The principle of the system is simple enough. A short light pulse is sent to the surface of the object and the time it takes the signal to return to the source is measured.

The first lidar models could only be used on airplanes or large UAVs, but over the past decade, their evolution made a step far ahead, and now there are sensors that can be used on portable drones or worn in the form of a backpack, while scanning the area to create a digital model of relief and other research needs.

The use of lidars in Ukraine is gaining momentum in the construction industry and the mining industry. However, for environmental purposes, they are not used either because of high costs, or because of the lack of awareness of environmental organizations about the existence and capabilities of this system. So, let’s see how interesting this technology is.

Location surveying with lidar allows you to receive a huge amount of data and discover new patterns in the shortest possible time.

Let’s look at several examples of the use of the lidar in nature conservation and studies. 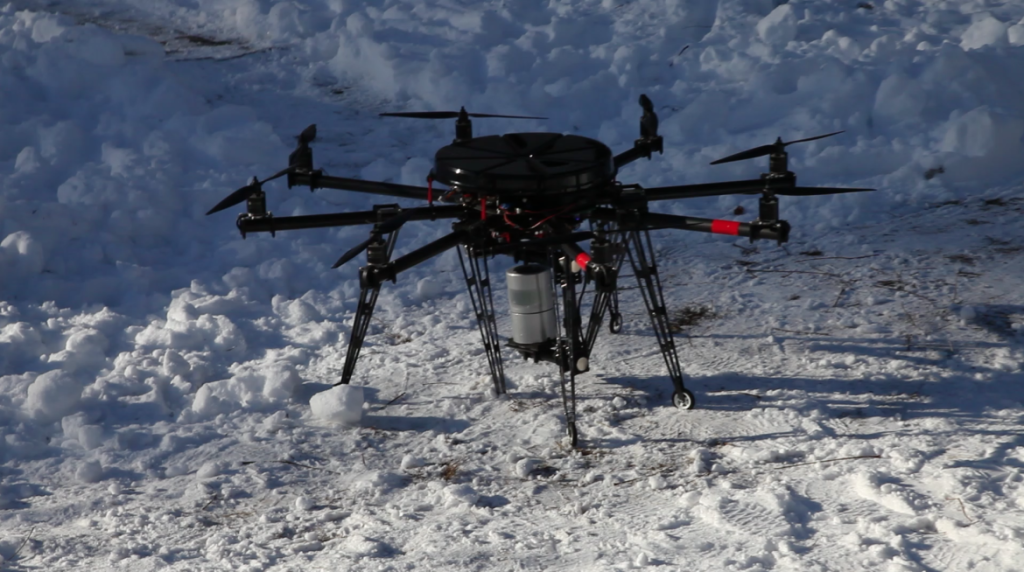 In 2006, the Virgin Islands National Park (USA, Florida) conducted a major study of land relief, coastline and seabed relief using lidar to create a three-dimensional model, as well as to identify and visualize problem areas in the park. The idea of ​​creating a three-dimensional visualization was that not every US citizen can visit this park and see the coral reefs. Creating an accessible model allows everyone to see this natural phenomenon and increase the interest, support and value of the object in the minds of the public. Monitoring and research based on a large body of data (which is not possible by other means due to the peculiarities of the relief and natural conditions of the park) helps to identify the problem areas of the Virgin Islands, to find out the causes of degradation and to take the necessary measures in a timely manner.

A digital terrain model based on the lidar data was built using ArcGIS software package. In particular, ArcScene and 3D Analyst module were used. The sea bottom relief model was obtained thanks to NASA’s Experimental Advanced Airborne Research Lidar (EAARL). At present this lidar, while on board the aircraft, can scan the underwater bottom at a depth of 44 meters.

Another park to successfully use the lidar for environmental purposes is the Yellowstone National Park (USA). More recently, in 2015, data collection for road repairs was completed there. Yellowstone Park has about 300 km of roads in poor condition. The poor road surface does not withstand the volume of modern traffic. Strict winter weather and short repair season make the road works more difficult.

The obtained qualitative data will greatly simplify the process of assessing the amount of work required for road repairs.

Grand Teton National Park (USA, Wyoming) has been running global monitoring and resource management with the help of lidar technology since 2014.

Due to new opportunities several important scientific studies were conducted in the park:

Additionally, lidar surveys are implemented more and more in forestry. The technology allows you to study the density of plantations, composition, height, volume of wood and obtain other necessary data, greatly reducing the time of conducting field research and increasing the quality and volume of data received. 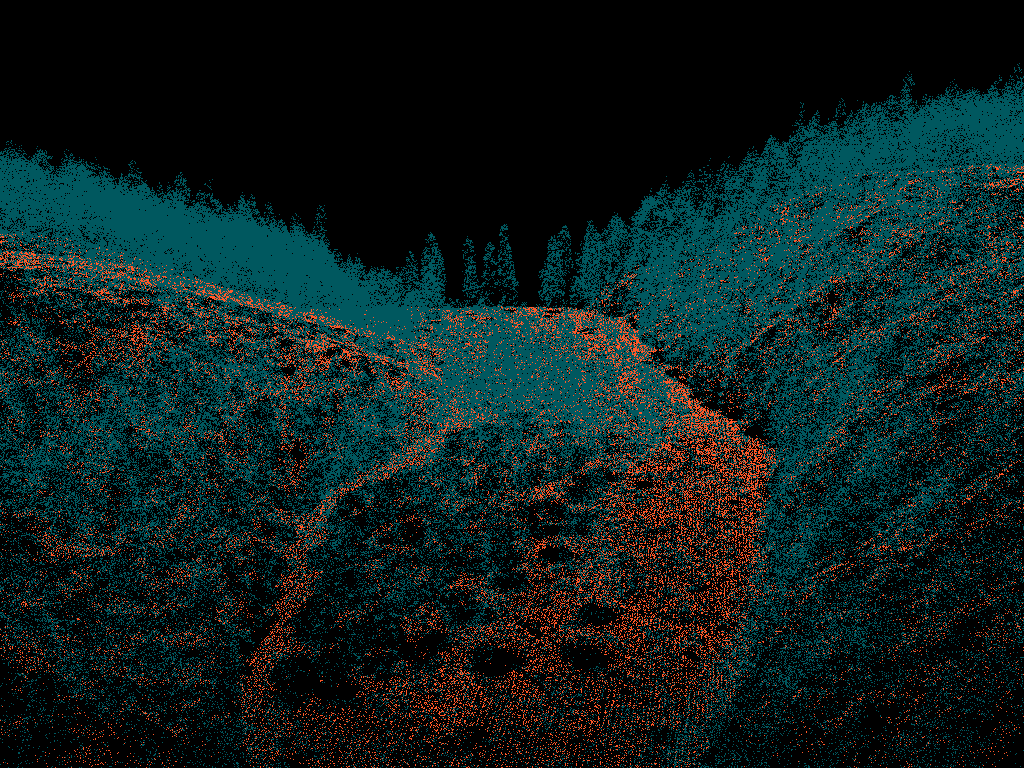 Lidar can be used, even, to study the spatial distribution of animals and insects. Scientists from the University of Lund (Sweden) have used lidar to study the habitats and distribution of damselfly on a small section of a river, in connection to global warming and water pollution.

Several specimens of two damselfly species of Calopteryx splendens and C. Virgo were caught. They were painted with a special fluorescent safe powder of different colors and released. Used paints have different intensity of reflection of the light signal, which makes it possible to understand the damselfly of which species fall into the laser beam. As a result of the study, a lot of useful data about temperature preferences, behavior and activity of insects were received.

The research aimed to show that it is possible to study not only the places of existence but also the animals or insects themselves, their number, the relationship of the articles, the settlement and the life span, and also to make forecasts of local disappearance and migration in connection with global warming and other factors.

So, we see that the use of the lidar in the study and conservation of nature has huge prospects. The technology saves time, obtains qualitative data from hard-to-reach natural sites, helps to build detailed three-dimensional digital terrain models, and opens new prospects for studying both the habitats of animals, their behavior, the number and prospects of population development. We hope that this type of research will be widely used in Ukraine.