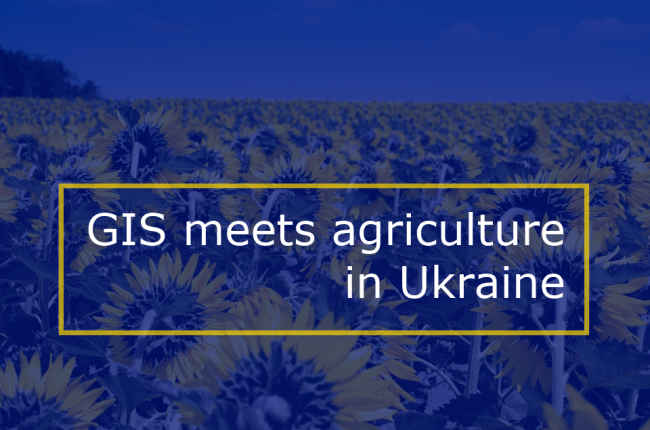 Today, geographic information technologies in Ukraine are still seen as novelty. Considering how widely and how often they are used across the industries, then this statement is quite true. And even though there is a wide range of open source application solutions available, representatives of various sectors rarely use GIS for process optimization.

One reason for such a low awareness could be an interdisciplinary nature of geomatics: depending on educational institution, geographic information department could be a part of either environmental sciences faculty, Earth sciences, urban planning and engineering, or even something else. In Ukrainian universities there is quite a number of departments that teach geomatics.

Isn’t it interesting, how applicable and demanded those skills are after graduation, and whether the niche of geospatial technologies in various industries is filled.

As recently All-Ukrainian Hackathon of Agricultural Innovation took place, we have decided to take a look at what is happening in agricultural sector of Ukraine using  a geospatial lens.

And, though, there is not much intrigue left after reading the title, we will try to make this review interesting for you.

A valuable part of the concept of All-Ukrainian Hackathon of Agricultural Innovation was that AgTech Ukraine provided space for dialogue between representatives of information technology, agricultural companies and corporations, Ministry of agricultural policy of Ukraine, as well as scientists, lecturers and students. This happened before announcing list of priority topics for the event.

The roundtable took place on the 27th of November 2015 in Kyiv National University of Economics. The aim was to share the vision of information and innovative technology in agricultural sector among all the representatives and to learn resolving what issues is commonly considered as first-priority. So, the hackathon requirements list was formed taking into account needs of agricultural business, as well as interest of investors and possibilities of developers.

So, there is a well-formulated need in use of geographic information technologies on the state level. 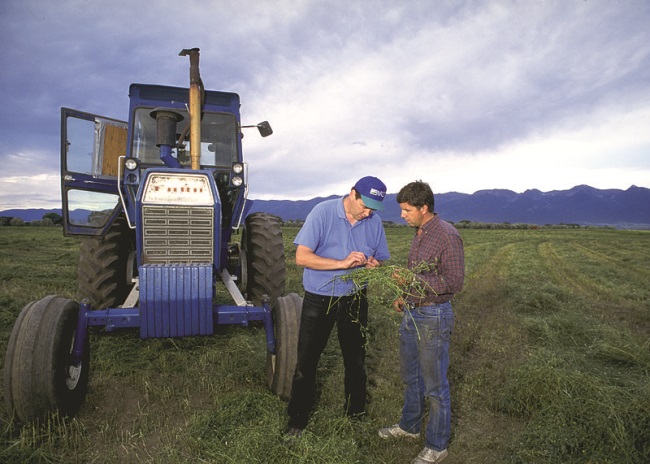 Valeriy Yakovenko, founder of Drone.ua, knows about landowner technological awareness very well from his own experience. His company is dealing with aerial surveying, orthophoto plans, and other solutions for agrobusiness. Valeriy says, that in the beginning of collaboration with a new client almost every time some sort of counteraction is emerging. Interestingly, resistance appears not on the management level, but on the level of operating personnel (agriscientists, engineers, etc.). If the process involves only people that are interested in raising efficiency, such resistance does not happen. Having vast experience of technological solutions implementation for the medium and large enterprises, Valeriy sees root of industry’s many problems in the lack of complex approach to precision agriculture.

So, on February 19-21, All-Ukrainian Hackathon of Agricultural Innovation ran under general coordination of AgTech Ukraine. It became a platform for communication and collaboration of representatives of information technology, argucultural sector, Ministry of agrarian policy of Ukraine. During 48 hours, 25 teams of motivated professionals and enthusiasts were working on their projects in the central office of Microsoft Ukraine. Resulting from such an intensive non-stop work, prototypes or fully functional parсtical solutions for the agricultural sector of Ukraine.

While all the teams joining the hackathon arrived with their own projects, such a concentration of experts and enthusiasts resulted in a synergetic effect.. The hackathon was visited by about 350 people during 48 hours. That’s why one of  of the projects praised by jury is Fresh Space. The project’s idea is to transmit particular environmental conditions remotely. Peculiarity of this project is that is was created directly during the hackathon by participants that had never met before the event. This project was acknowledged at having big potential at foreign markets, as it is easily scalable and has B2C orientation. As an encouragement, the team was awarded with a week-long business trip to Silicon Valley. This example proves value of a hackathon as a platform for communication among developers, clients and investors of agricultural sector.

Other projects that were distinguished by the jury on All-Ukrainian Hackathon of Agricultural Innovations include Envy Sensor − sensor for carbon dioxide measurement, Fractal − visual constructor for IoT devices programming, Ribnij Buy (Fish Buoy) − smart buoy for detecting temperature and chemical content of water.

Among leading projects of hackathon there is AERO project: it uses remote sensing for preventive solutions in farming. Developers propose UV-range image processing technology that would allow to locate pests on early stages of damage.

AERO is basically the only geomatics-based project that was awarded by the jury at the hackathon, and one of few GIS projects at the hackathon at all. This is particularly strange, as organizers of the event announced priority list in advance, and that list contained quite few points requiring geospatial solutions:

This is quite a big field for activity, isn’t it?

Unfortunately, during the hackathon there were very few projects that would refer to the list above. We sincerely hope though, that at the next events of this kind our colleagues will walk out of the shadow and will share their projects and ideas for agriculture!

As a summary, we can say that there is a huge potential for GIS solutions development for agricultural industry. On the level of vision − both in government and enterprises − there is a defined need for geospatial solutions, there are even formulated tasks. There is a technological gap among solution providers though − both in number and quality, as well as obstacles in accepting complex technological solutions from the side of enterprise and facility workers.

It would be interesting to hear your opinion regarding perspectives of GIS application in agricultural sector of Ukraine.

GIS and agriculture, will they diverge or converge?