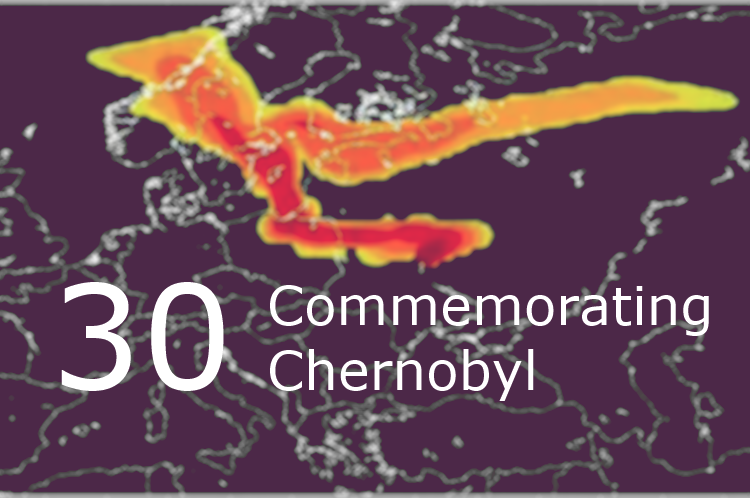 On April 26th, 1986 at 1:26am a fire alarm activated at Chernobyl nuclear power station. It was a sign of dramatic increase of reactor’s power and its overheating due to uncontrolled nuclear reaction that in a few moments caused hydrogen explosion.

According to the official version there was an experiment carried out at the station, that aimed at continual electricity supply of the main water pump. During the test of steam turbine without electric supply of the reactor, many safety concerns were neglected upon. For instance, emergency system of reactor cooling was turned off.

There are, however, other theories, check out The Russian Woodpecker for an alternative one.

The accident at the Chernobyl nuclear power station is qualified as level 7 nuclear event. It is the highest danger level, and in human history only the Fukushima accident of 2001 was qualifies with the same level.

There are two main problems emerging during various accidents, including nuclear power stations, or establishments that deal with substances of high hazard classes:

receiving the data: obviously, if we deal with area that is contaminated with radiation, human-aided field data acquisition becomes problematic. While robots probably can help us out with field data gathering quite soon (they have already learned how to ski), today we will focus on enhancing other ways of obtaining data regarding presence and quantity of hazardous substance emission.

emergency mapping: either in case of production accidents, or in case of natural disasters, monitoring of affected area is critical for understanding and assessing situation, as well as for creating information that could support sustainable decision making.

Both problems have a spectrum of solutions that are based on remote sensing methodology. Today, using satellite images of mapping and generating solutions of socioenvironmental problems seems obvious option, which is still not enough widespread ‘first best’ emergency response solution.

Mitigation of Chernobyl 1986 accident consequences can not be named as thought through or technological, and geographic information technologies were used to make a research on the affected area only later on.

Though, quite spectacular for that time is the fact that satellite image data played an important role in recognizing by Soviet Union the fact of Chernobyl nuclear power station casualty. During the first days after event, scale of the disaster and level of pollution in the area was kept in secret both from local citizens and international community. Satellite image from LANDSAT that was derived on 29th of April was the evidence of the accident: there were abnormal levels of thermal pollution recognizable in near infrared spectrum, channel 7. Soviet Union had to admit that a disaster had happened. 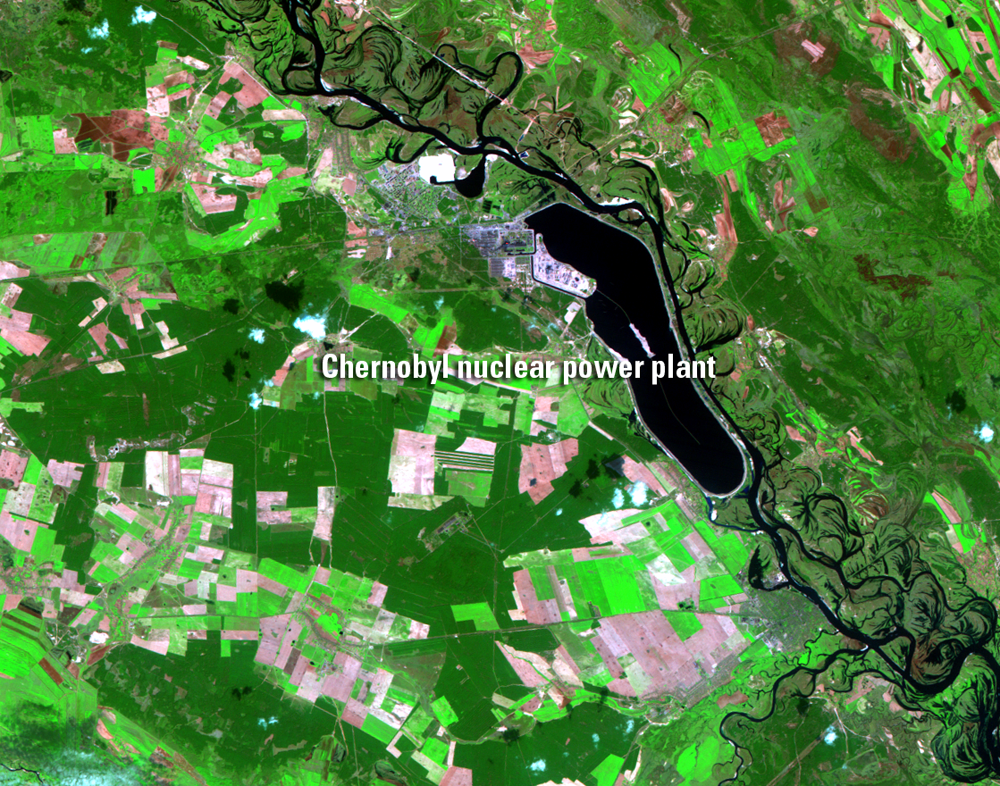 The red dot on the image shows indicates the reactor meltdown location. 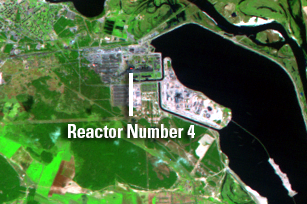 These two LANDSAT images from the years 1986 and 1992 display gradual destruction of buildings and construction in the abandoned area: 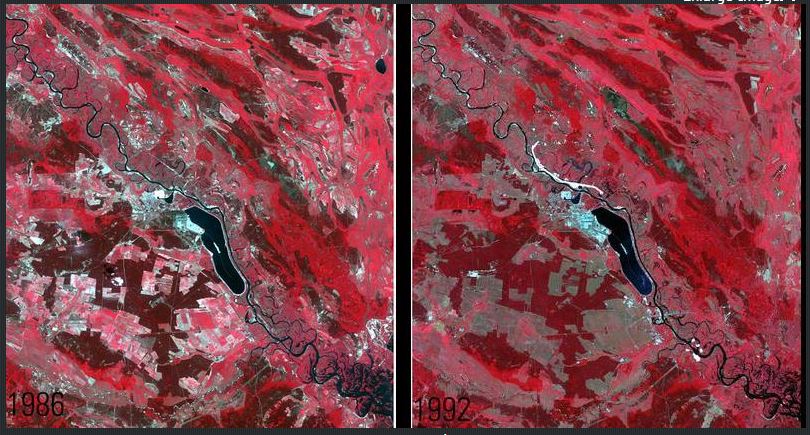 On the more large-scale image from Advanced Land Imager (2009) one can see green patches of flora appearing in the area affected by deadly dozes of radiation. 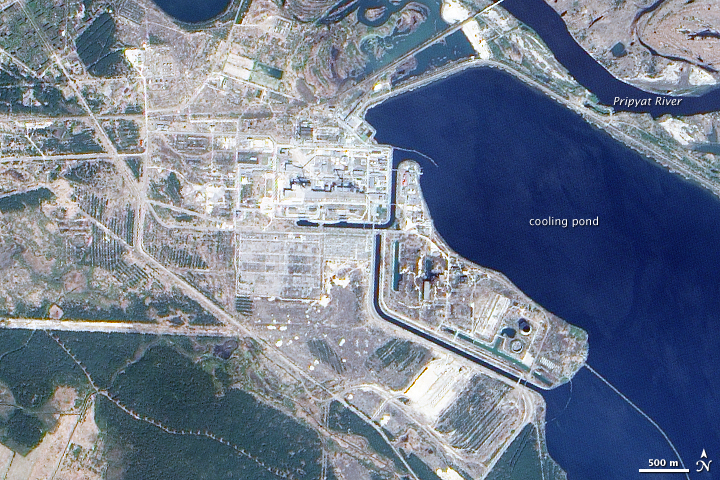 Below is the newest available image of Chernobyl power plant by Pléiades satellites. Shiny metal construction here is the dome that is planned to be moved to cover reactor by the end of 2016. 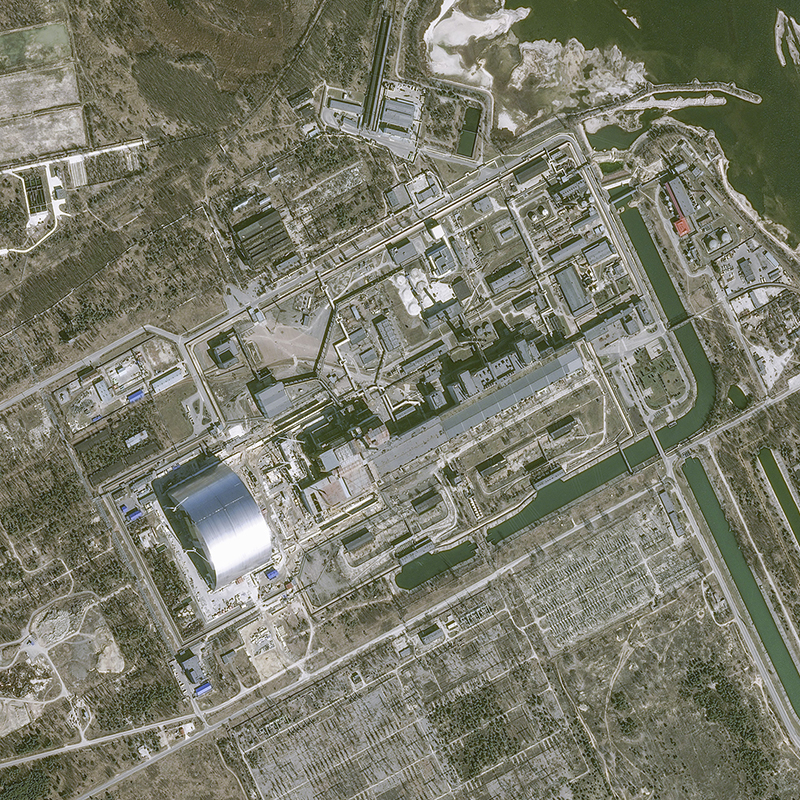 Today, we would like to mention several best practices that help to prevent, analyze and react upon emergency situations.

For instance, open ASTER data from TERRA satellite can be used to monitor thermal emission of nuclear power stations. If to combine data from visible/near infrared spectrum  with data from thermal infrared spectrum, it becomes possible to observe heat distribution within and outside of the station. Such data can be derived daily, so that power station functioning irregularities can be tracked within 24 hours. 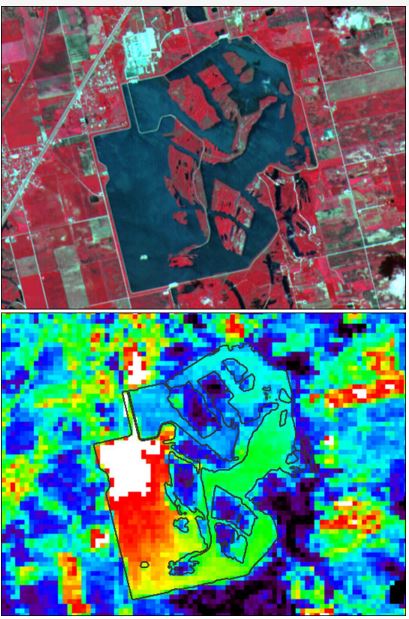 Chornobyl-focused research from ESRI: work of Konstantin Krivoruchko ‘Using GIS and Spatial Statistics to Analyze the Chernobyl Consequences’ is a very good example of manysided consideration of nuclear accident consequences. 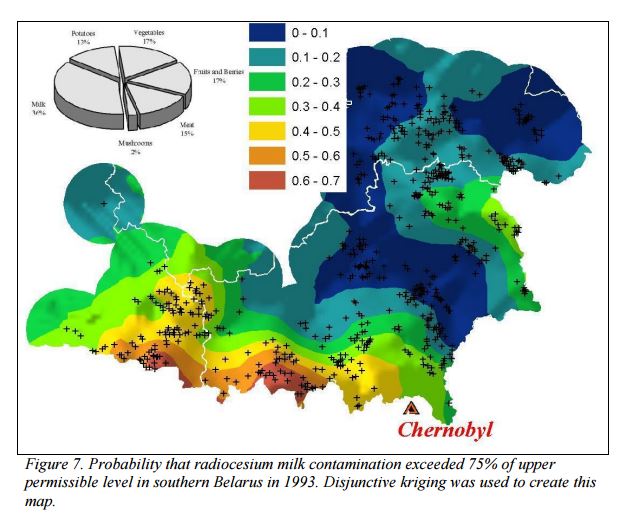 If to consider catastrophies that have already happened, then definite breakthrough in this area is made by Humanitarian OpenStreetMap Team (HOT). This group is creating open cartographic data for regions suffered from disasters,  or those urgently needing cartographic data.

HOT was formalized as non-profit organization in 2010, when 500 volunteers have joined initiative to map cartographic data after Haiti earthquake. In 2015, when Nepal has suffered strongest since 1934 earthquake, there were already 2000 volunteers helping in creating data. Cartographic data developed by HOT is available to everyone and is used both by international humanitarian missions and local volunteers that work in disaster mitigation sphere. 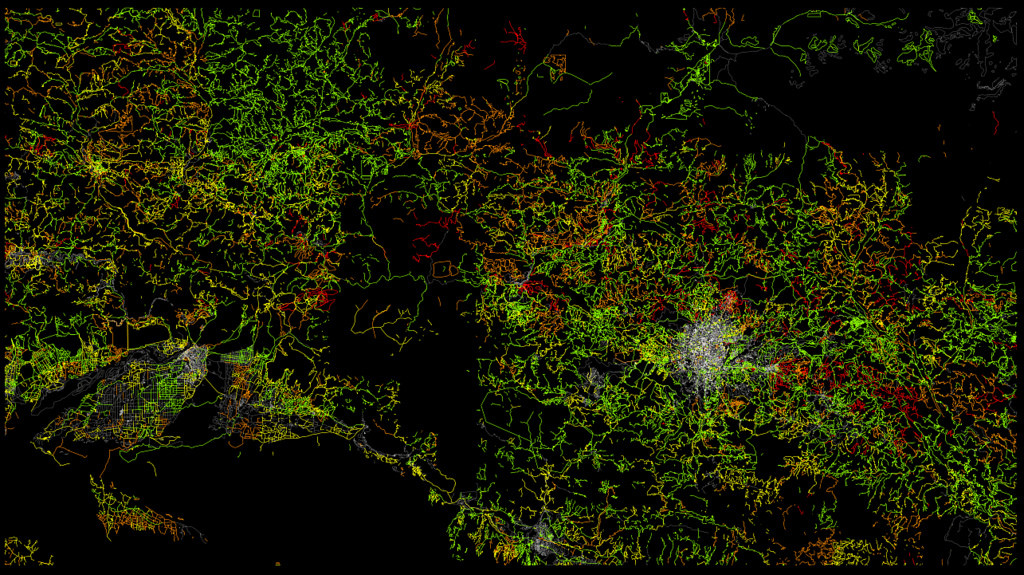