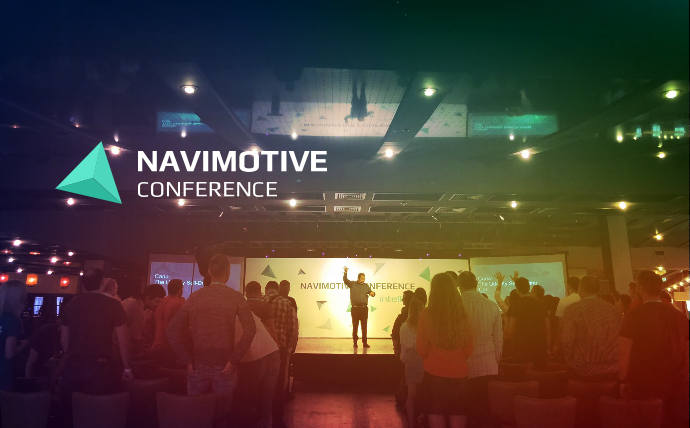 “Hey, Daryl, coal mining and truck driving are not exactly jobs of the future…”

On September 15th, Navimotive conference was organized for the fourth time by Intellias (an interview with one of its founders can be found here). Choosing Kyiv as a location for a conference on self-driving cars, deep learning and carsharing at first glance may look strange. Well seriously, what are the chances of artificial intelligence in a traffic jam on Peremohy Avenue on Friday evening or on the North Bridge on Monday morning?! But, in fact, such very difficult conditions are what is necessary for the development of the technology of automated cars, as in the “greenhouse” conditions of ideal roads and predictable traffic self-driving cars already feel confident. The topic chosen by a majority of speakers, to a greater or lesser extent,  was the use of IT technologies for the management, navigation or use of transport. Although, as in any such thematic event, it was felt which of the reports was specifically made on the topic of the conference, and which changed at the request of the organizers of the event to add something about the “automotive future”.

Considering the event level and that every presentation was filmed, all the talks might appear on YouTube soon. So, there is no point in describing the contents of each of them, it is better to watch the original. Having listened to all the reports directly in the auditorium, I made a top-3 list of talks that were most memorable and thought-provoking to me.

Yes, I also had no idea that Udacity, apart from online learning, has an autonomous car division. And this division is not only responsible for developing a car autopilot, but also has created an online course for anyone interested in learning more about self-driving cars. In his talk David has looked at the main principles of a modern self-driving car, in addition, he shared a certain feeling that it all is not so difficult, that development of such vehicles is not something happening behind closed doors at Google Labs. Taking into consideration the promising field of the autonomous cars, it is quite logical that the demand for software developers in this realm will gradually grow. That is why, Udacity has already prepared a series of courses on machine learning, image recognition, and navigation.

David’s talk was the first one in the conference programme, and he had set the bar incredibly high for the other speakers. It is very obvious when a person not only writes code but also regularly teaches thousands of people to do it through an online platform. In general, I would recommend this talk about Udacity’s self-driving car to anyone who would like to get a quick and comprehensive explanation about autonomous driving.

The talk of Volodymyr Bilonenko from Here is in the second place of my rating thanks to an impressive amount of examples and ways of raster data use (more specifically, the use of photos and ortho-photos) for building 3D terrain models. The issues of building these models have long shifted from purely GIS-related tasks to a narrow circle of specialists. Today, such models are needed for simple visualization and terrain representation on a website, as well as for implementing complex, high-precision engineering calculations. The number of instruments for transforming a set of raster images into a 3D-model has also dramatically increased.

Nowadays, a whole family of open tools and libraries exists, these enable the formation of terrain models using various technologies. The most interesting part in Volodymyr’s talk was that the main attention was paid not to specific tools but to the technology of transforming a set of raster images into a 3D model. After the talk, I was actually very eager to try out all the mentioned tools (like CesiumJS).

The talk of Anders Wall from GreenMobility was dedicated to carsharing, more specifically the implementation of the idea of many people using the same car. Having over 400 electric cars in Copenhagen, GreenMobility aims at decreasing the number of vehicles in the city’s streets. The company reaches its goal because, as opposed to private cars that are parked most of the day, the Greenmobility’s vehicles transport passengers. Combined with the autopilot technology this idea can motivate more and more people to give up a private car (although, one does have to drive Greenmobility’s car).

This topic caused a lively discussion among the audience. For example, as one question stated, this approach can even increase the number of cars in the streets, and being stuck in a traffic jam of electric cars surely feels more quiet and safe for health, but still, it is a traffic jam. At the moment, GreenMobility is quite confident in the streets of Copenhagen, but they plan to expand their services to other cities. Quite possibly, carsharing will take its place in the transport system and become a serious competition to private cars. 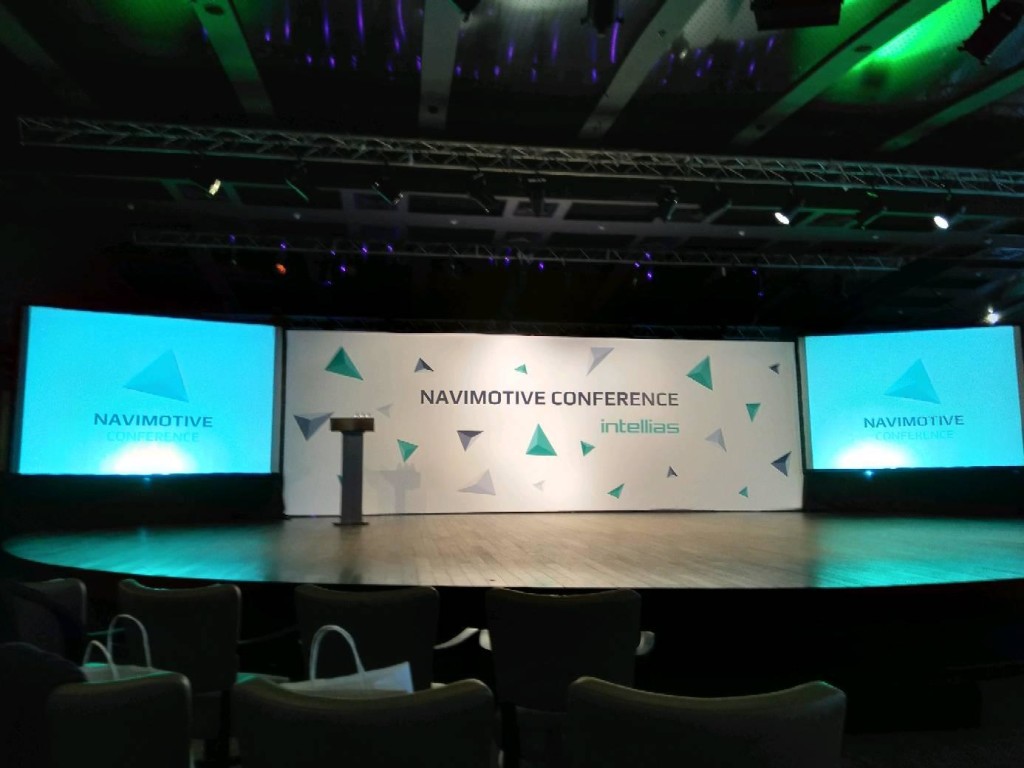 And what about GIS?

As you see, my top-3 has no mention of GIS-related topics, although each of the mentioned talks did include mapping and GIS. But the conference did have GIS talks. For example, Ilya Zverev from Maps.Me reported about the structure of tags for street representation in OpenStreetMap, or Sergii Maltsev spoke about real-time GIS in ArcGIS. My top-3 does not include these talks, because the possibilities of OSM or ArcGIS for me as a user are quite obvious. But it was quite nice to observe the interest to these talks of non-GIS people (mostly software developers). That is why Navimotive conference leaves an overall feeling that the sphere of GIS is also a piece of the puzzle that forms our future. And when that future will have self-driving smart cars, in part it will be thanks to GIS, the field where most our readers work.