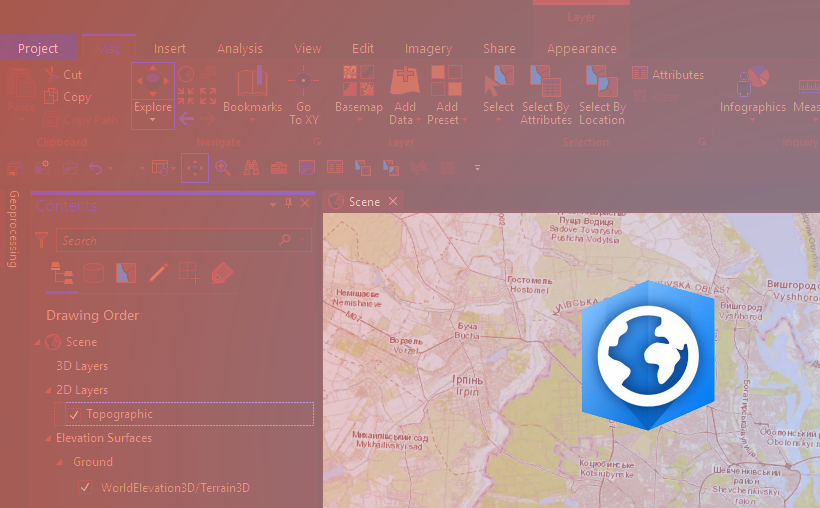 One of the non-obvious but characteristic features of the GIS industry is that it is somewhat conservative. For example, ArcGIS 9.0 was more than six years old, when ArcGIS 10.0 was released. It took almost five years to update QGIS to the third version. Moreover, even the release of a new version does not always mean that all users will immediately switch to it. As an example, a 2008 article that explains reasonably why ArcView 3.x is still in use (the first version of ArcView appeared in 1991). Therefore, it is quite clear that the release of not just a new version, but a new GIS package, is always an event in the world of GIS. The release of ArcGIS, which replaced ArcView, was one of those events. And in January 2015, the event happened again when ESRI announced ArcGIS Pro. 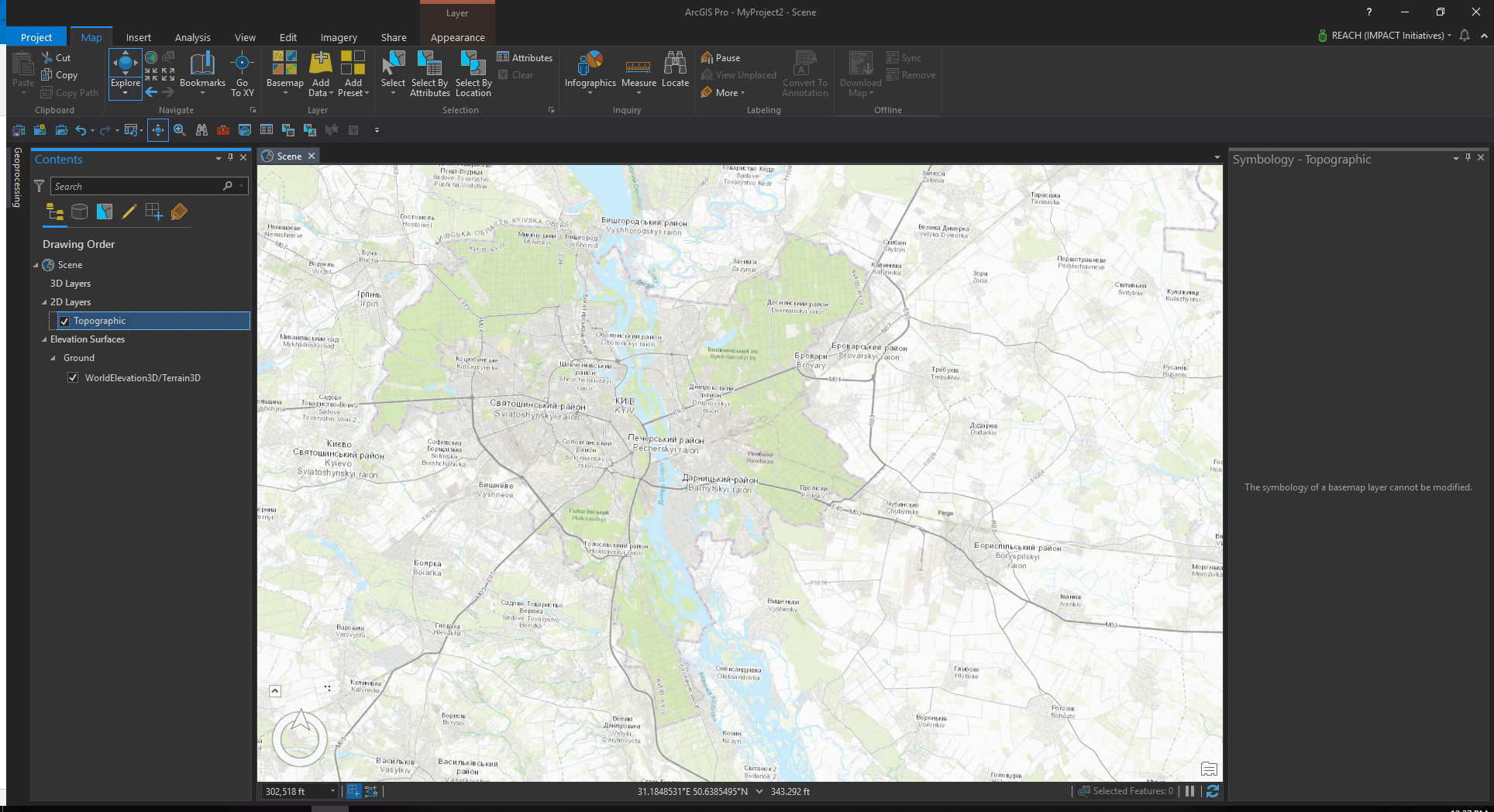 The decision to replace ArcGIS Desktop with a new product is quite logical, especially considering that its first version appeared in January 2000. In almost 20 years, ArcGIS Desktop has become a heavy and slow-moving dinosaur largely made up of legacy code. 32-bit architecture, the lack of support for multi-core processors, the interface from the ’90s and dozens of other problems needed to be solved. And ESRI probably understood that a simple release of the updated version is not enough. So far it’s not known exactly when Pro will completely replace Desktop. The ESRI website contains no clear date for migration to ArcGIS Pro. But given that ArcGIS Desktop 10.7 technical support lasts until February 2025, it is likely that ESRI will try to promote the new product as much as possible in the coming years, leaving ArcGIS Desktop in use as it is.

I heard the first feedback about ArcGIS Pro from Alexander Golubtsov and he was absolutely happy about the software (it seems he had formed his opinion while writing this post). I had heard similar reviews of ArcGIS Pro from other GIS-professionals from time to time. But no personal acquaintance with this product had developed for some reason. I had, of course, looked through the trial version, it looked good and modern, worked fast and generally satisfied all my needs. But the strength of the habit won, because finding the right tools in ArcGIS Pro took more time. Whereas the ArcMap icon was always waiting for me in the convenient location, though it was not so beautiful and modern, the locations of the right features and tools in it were practically at my subconscious level. So my acquaintance with ArcGIS Pro has been delayed for 4 years. And only this spring, once again waiting for the tile layer with satellite imagery to load in ArcMap, I made a resolute decision to switch to ArcGIS Pro. For though ArcMap meets my needs now, in a few years I do not want to find myself in the club of those who think ArcInfo is the best GIS and Windows 7 is a modern OS.

In this post, I would like to share my observations on the features of ArcGIS Pro, which were formed during a few weeks of work. If you’ve been working with ArcGIS Pro for years, these observations may seem somewhat naive. But I hope they will help make a decision for those who, repeating my experience, are hesitant to switch from ArcMap or are just beginning to get acquainted with ESRI products.

In fact, you can say a lot about ArcGIS Pro, so I’ll try to highlight only the most important things. And, speaking generally, “ArcGIS Pro is great.” Popup windows, animations, general interface design. All this in ArcGIS Pro is very thoughtful, logically organized and beautiful. Without going too deep into the analysis of the interface, we can say that ArcGIS Pro is simple but not primitive and after the session, with it, you will surely have a pleasant aftertaste.

When you start a new ArcGIS Pro project using the default settings, it will create a separate folder for you, which will have a geodatabase, a set of geo-tools and an index folder. Also, ArcCatalog will immediately group your links to your main data sources, styles, locators and geoprocessing tools. Over the years of working with ArcGIS Desktop, I came to a similar project structure, when the whole project and everything needed to work with it is stored in one folder. But if ArcGIS Desktop requires an effort to make such a project, ArcGIS Pro itself prompts you to clearly and logically organize your data. 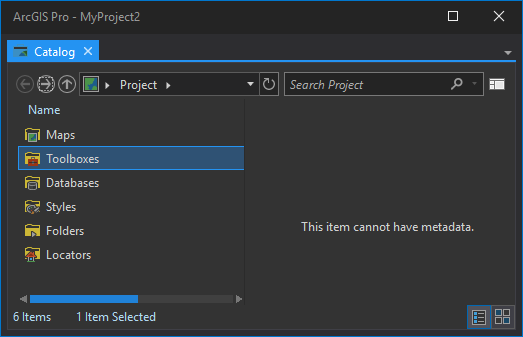 The transition to a 64-bit architecture, as well as the ability to use graphics card resources, has had a very positive impact on the efficiency of a number of geoprocessing tools. So, for example, the geocoding of more than a million addresses by the locator took just over an hour, when a similar task in ArcGIS Desktop would have taken almost certainly an entire working day, and possibly more. Certain conclusions about the performance of various ArcGIS Pro tools, of course, can be done only after comparative tests. But so far, my subjective impression is that most of the tools of the new ESRI product are working faster.

Working with ArcGIS Pro, from time to time, I get an idea of “Why wasn’t it created earlier?” For example, to change the style of a polygon border in ArcGIS Desktop, you need to open at least 4 windows, while in ArcGIS Pro it will take a few clicks in one window. Quite often, the software itself “guesses”, which action you need to do next and the desired element of the interface will either popup or be nearby. The transition from dozens of toolbars to a ribbon interface looks unusual at first, but then you realize that the most used tools can be put into the quick access bar, while it is still more convenient getting to geoprocessing functions through ArcToolbox. 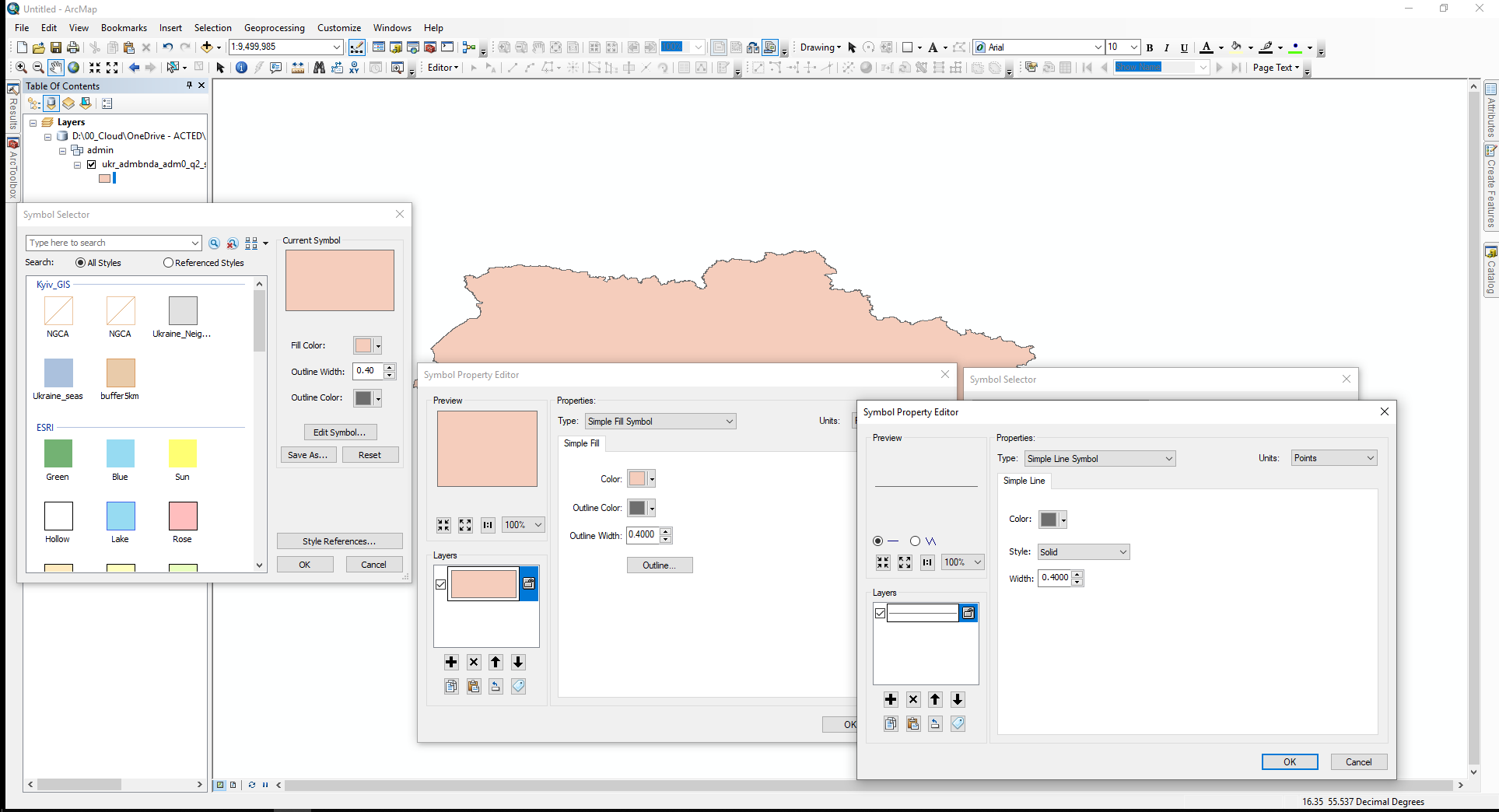 Fig. 3 Comparing the number of windows one needs to go through to change the polygon border style

ArcGIS Pro has integrated ArcMap, ArcCatalog, ArcGlobe, and ArcScene. In addition, there were new options in it. For example, now you can prepare several maps of different sizes and orientations in one project, while in ArcGIS Desktop it is necessary to create separate projects for this. Or, another example, the approach to work with annotations has changed. If ArcGIS Desktop requires creating annotations for each layer separately, then the Pro annotations are generated for all layers with signatures at once, which allows you to quickly arrange the annotations for the entire map or its individual extents.

Yes, I know that I have placed the speed of ArcGIS Pro as one of its advantages. But this speed appears to only be relevant for geoprocessing operations. The interface itself is slow. Sometimes it’s completely unnoticeable, but sometimes it’s quite annoying. So, while some features and tools took a long time to open in ArcGIS Desktop and the overwhelming majority reacted instantly, then in ArcGIS Pro, almost all interface elements react with a slight delay. This delay no big deal, but on the other hand, we are definitely better off without it.

The optimal system requirements for ArcGIS Pro are 10-core processor and 16GB of RAM. Even in 2019, such system requirements are quite demanding. But even meeting these, do not expect the ArcGIS Pro interface to be fast. So, on my PC with 8 core i7 processor and 32 GB of RAM, the interface is still spinning with a slight delay, and some geoprocessing tools take 5-10 seconds to open.

Despite the general convenience of the ArcGIS Pro interface, it is definitely not perfect. And while some of its functions are simple and intuitive, the others cause irrepressible nostalgia for ArcMap. For example, I have not been able to get used to the need to activate the map window in Layout View mode to zoom in or out, and then deactivate the map window to resize the page. Also, a new navigation tool that combines the Pan and Identify tools often does not work exactly as you expect. This is due to the fact that the middle mouse button is now only used for 3D mode and there are only two mouse buttons left for navigation in 2D.

A critical error message about the program crashing is not unusual for ArcGIS Desktop. In ArcGIS Pro, nothing has changed and almost every day I managed to do something that leads to the message “ArcGIS Pro has stopped working”. For example, it turned out that ArcGIS Pro does not like to delete a map window by the Delete button, but only through the content menu. Well, it’s not a big deal, you just need to save the project more often, but still, I don’t want to do it that often (especially given that saving a large project takes a long time). 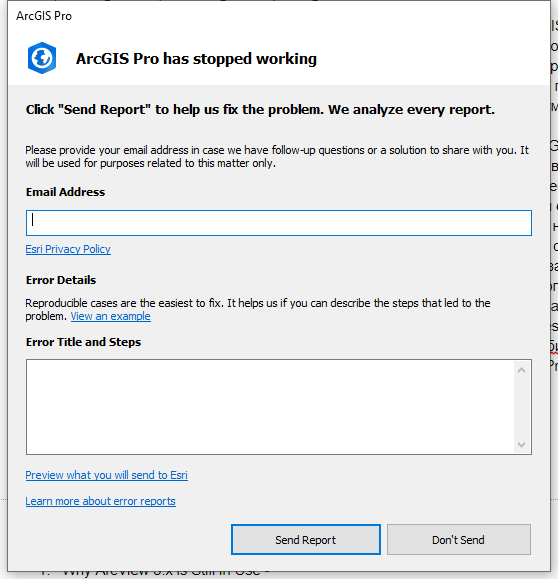 Fig. 5 Don’t expect that this window being left in ArcMap

Switching and getting used to a new GIS tool is always a lengthy process. In these few weeks, I have not got used to ArcGIS Pro and, on the other hand, I have not had the desire to return to ArcGIS Desktop. ArcGIS Pro is still under active development. ESRI is collecting ideas from users and presumably introducing them into new releases. Therefore, it’s likely that in a few years ArcGIS Pro will be even better (and most importantly, faster and more stable).

For me, migration to ArcGIS Pro has become a very interesting experience, which allowed me to review my approaches to data management and mapping. And, although the time to develop maps in ArcGIS Pro for me was longer than I would have taken in ArcMap, this difference in time is clearly paid off by gaining new experience. So, if you are asking “Should I try ArcGIS Pro?”, My answer is “Definitely yes!”

3 thoughts on “First impressions from migrating to ArcGIS Pro”