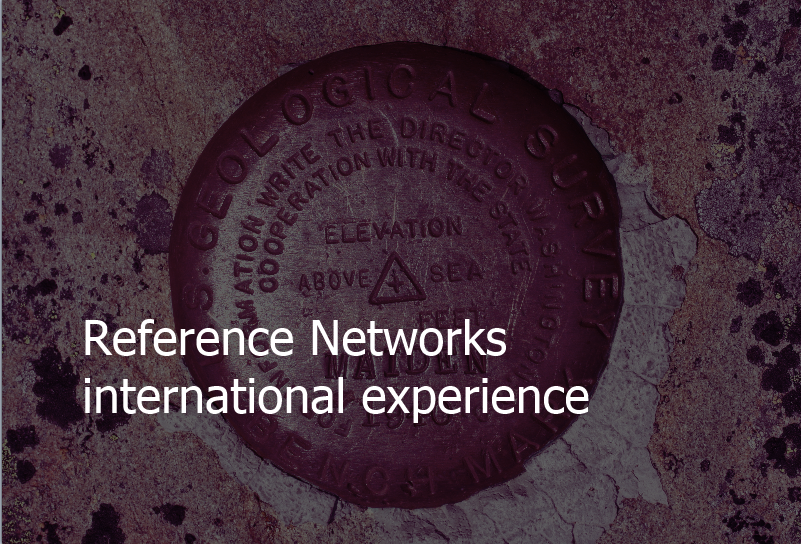 Advancements in the modern GNSS (Global Navigation Satellite System) infrastructure, and, based on it, creation of networks of active reference stations transmitting observation data at high speeds and with low data deference, drew academic community’s attention to the efficient usage of this data. Modern GNSS networks provide a substantial supplement to other geophysical networks (e.g. seismic, geodynamic, gravimetric) as they are highly precise, observation period sensitive, easy to deploy, and are capable of taking displacement measurings at both local and global scales.

New measurement technologies and processing methods provide access to GNSS data and its derived products with ever increasing sample rate and at a lower time lag. It considerably favors the broadening of the range of processes which can be studied.

For instance, international scholars participating in the EarthScope project have recently published their tasks for the upcoming years containing a need in using real-time GNSS data in Earth studies. These long-term plans and appearance of a large number of similar publications at conferences and seminars indicate an emerging interest among different sectors of society worldwide.

European countries, USA, Australia and others have succeeded most significantly in the organization of the reference stations network infrastructure.

Among the European countries, Germany has succeeded most. Its priority achievements have in fact become the DGNSS and RTK technologies operating standards. Actually, it was on the basis of German SAPOS reference stations network created back in the 1990s, how the following technologies have been first developed:

–          differential corrections broadcast formats based upon the principle of the spatial linear interpolation (the so called FKP format);

NTRIP can be used to distribute data in any format, for instance in RTCM (Radio Technical Commission for Maritime Services) standard version 2.1/2.2/2.3 and 3.0/3.1, or in native formats of GNSS equipment makers, e.g. Leica, CMR and CMR+.

These achievements are considered to be standards in DGNSS and RTK technologies. To date, broadcasting real-time differential corrections has become essential in Europe: 98 of 260 operational EUREF permanent stations use Ntrip technology and RTK mode. This information is broadcast in real-time by these stations using Internet-radio mechanisms. 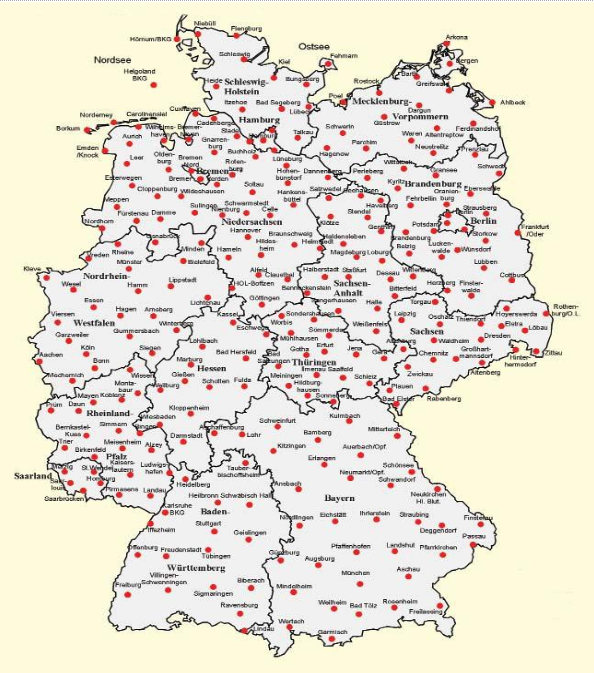 Base stations system completely covers Germany’s territory with distances between stations ranging from 10 to 50 km. Such a coverage provides high accuracy during execution of various kinds of geodetic works in any part of the country.

The process of installation and launch of active reference stations spread from Germany to countries of the Central and Eastern Europe. In most European countries networks of reference stations are successfully operating under the single organizational structure – EUPOS (European Position Determination System). For instance, Polish GNSS network ASG-EUPOS came into operation in 2008. It consists of 94 reference stations, 11 of them being bi-functional GPS+GLONASS, and of 2 calculation centers in Warsaw and Katowice. Stations equipment and network software are provided by Trimble. 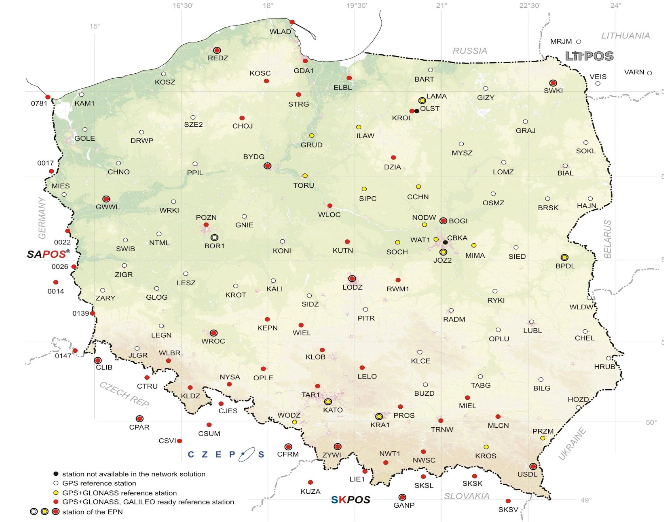 Czech CZEPOS GNSS network incorporates 26 stations, 3 central servers and a data center in Prague. Network started to work in 2006. Stations are equipped with hardware and software from Leica Geosystems, and network software is provided by German Geo+.

In 2005, Latvian LATPOS GNSS network came into operation. It includes 19 GNSS stations, 4 central servers and a computation center in Riga. Stations hardware is provided by Leica Geosystems and Trimble. SpiderNet software is used for network operation. 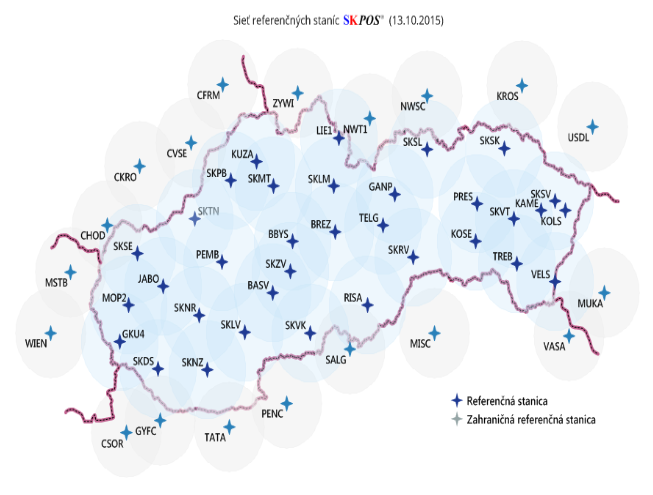 More detailed information on the networks of these and other countries of the Central and Eastern Europe can be found on the official EUPOS site.

As we can see from the cited above base stations allocation schemes of European EUPOS system in Germany, Poland, Slovakia and other countries, networks are created in order to provide access to these stations’ data from any part of the country. Such allocation schemes ensure that accuracy of geodetic works performed is rather high and is up to all the standards of the EUPOS system. Some of the Polish reference stations allow working with two satellite systems simultaneously now, and in future, a third system – GALILEO – will be linked up. Altogether it indicates Poland’s considerable progress in the discussed field. This is such countries whose practice we should adopt and make certain steps towards cooperation in order to enter a path of the technological development.