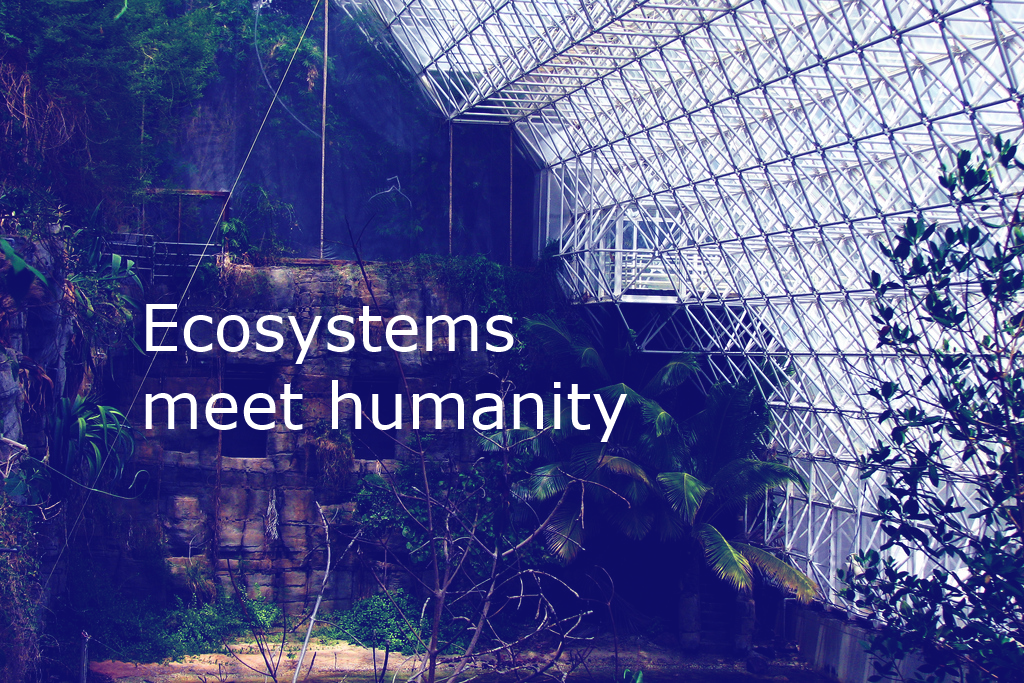 Today we would like to talk about sustainable development of cities.

There is an opinion: best thing that human can do for nature is to stay as far as possible from it, and to live in a densely populated city (actually, it is not a joke, but a quote of city planner and urban designer Jeff Speck from his TED video:

Sustainable development of cities is a very hot topic nowadays.

Earth’s population is growing exponentially, and most of  the people living here would like to have a car, another car, or at least a washing machine.

Cities are crawling out, and while expanding they are consuming surrounding natural ecosystems, replacing them with dull man-made urban ecosystems. Probably, this is the root of reverse urbanization trend: nowadays having a house outside the city and making daily commutes to work by car can be a sign of a high living standard.

(Urban sprawl can be well seen on building age maps, check out the map of Edmonton, Canada)

Antonio Castel-Branco thinks that if a city is smartly planned, the higher number of people per square kilometer can actually mean higher quality of living. In this case neighbours can share and exchange more goods, ideas and values.

Antonio is a professor of University of Lisbon and a coordinator of international educational projects in the framework of Erasmus+ program. A short while ago he was giving a lecture in Kharkiv, and was sharing his view of urban planning, sustainable development and international educational programs. Being in line with main paradigm of urbanistics, Antonio perceives cities as socioeconomic systems that can be managed, and their efficiency and provided quality of life can be changed. 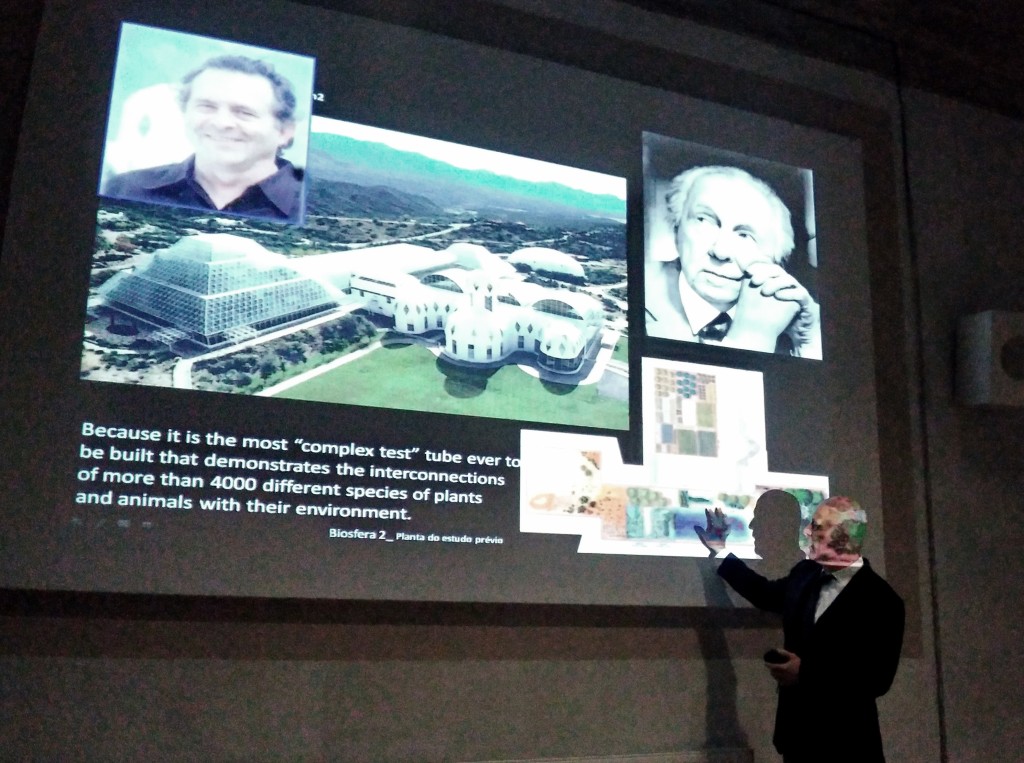 During several years of academic work in USA, Antonio was involved into a tremendous project “Biosphere 2”. He participated in the first experiment on the station that was happening from 1991 to 1993.

While “Biosphere 2” was created over two decades ago, there are no other existing projects of such scale to date. Moreover, results of this experiment formed ground for international enviromnetal protection policy (including the famous Kyoto protocol), and its results continue to influence scientific and political thought in the world.

“Biosphere 2” was a large-scale experiment of recreating enclosed ecosystem that would imitate climatic zones of our planet (including tropical forests and deserts), in order to research its ability to function sustainably. The experiment was hosted in an avant-garde building made of steel and glass with inner area of 30,000 square meters. This man made ecosystem was designed to be self-sufficient and completely sealed from the outside environment. To provide sustainability and zero external influence, lots of innovative technologies and specialized new methods had been used, and probably the same number of unusual challenges had been solved.

For instance, researchers decided to use termites and cockroaches for biomass processing during “Biosphere 2” experiment. Initially, everything looked completely normal, but during the implementation it turned out that this particular termite species liked to eat environmentally friendly silicone. This silicone was designed specifically for the “Biosphere 2” project for isolating seals between glass and metal construction. So, researchers had to urgently look for other kind of termites that would not eat silicon endangering the structure’s isolation.

One of the important conclusions of the experiment was realizing the highest value of the air for the ecosystem. The building of “Biosphere 2” consisted basically of glass and metal, the metal structure was reflecting approximately 30% of incoming sunlight. These 30% of reflection back to the atmosphere were enough to make plants grow slower, and thus to consume less carbon dioxide and produce less oxygen, while soil bacteria would reproduce faster and consume more oxygen. This had created oxygen level conditions similar to 5000 m altitude. So, the researches that had spent two years inside the experiment, did not feel well and had sleeping problems.

That’s how researchers have personally experienced that air is one of the most important premise for high life quality, as human being can get along with lack of food and water much easier than without air. In their memoirs the resident researchers mentioned that in “Biosphere 2”, where people lived in a most nature-like conditions and were not motivated by money, the most important parameter that defined quality of people’s life within, was the level of carbon dioxide in the air, which allowed them either to fell comfortably, or to feel dizzy..

Such a definition of greenhouse gases’ role had become another milestone in the worldwide movement or normalizing exhausts to the atmosphere. It also had an inspirational influence to Antonio Castel-Branco, and he covered this topic in his thesis, as well as in later research. 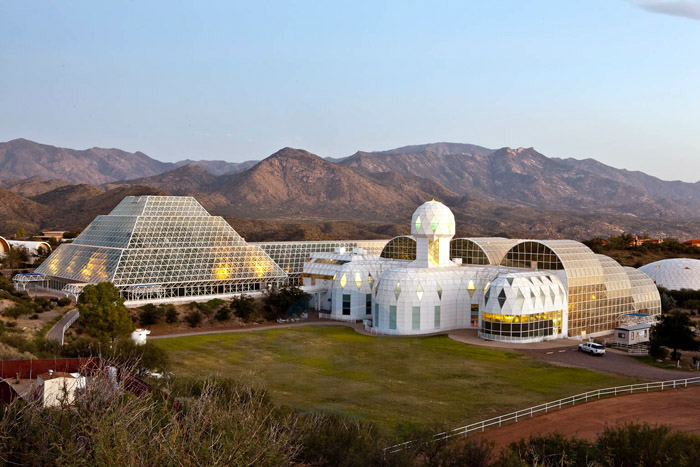 “City was invented for maximizing exchange and for minimizing travel”

Why do we have to think about reducing carbon emissions to atmosphere?

Simply put, the earlier humanity will find a way of balanced consumption of air resource, the more chances our species have to adapt to climate change and survive, and not just become another extinct species for demonstrating Darwin’s theory of evolution.

High population density in the cities is a one possible answer for this question, according to Antonio. Research has shown, that volume of carbon emissions per person is reversely proportional to the number of people per square kilometer. Sustainable approach  to urban planning can be summed up by the following quote of  Antonio Castel-Branko:

Improving quality of living in cities, where most of us are currently residing, is quite competitive alternative to the tendency of moving out of city to private house and to commuting to work daily that is popular nowadays.

What is your vision of a future sustainable city?