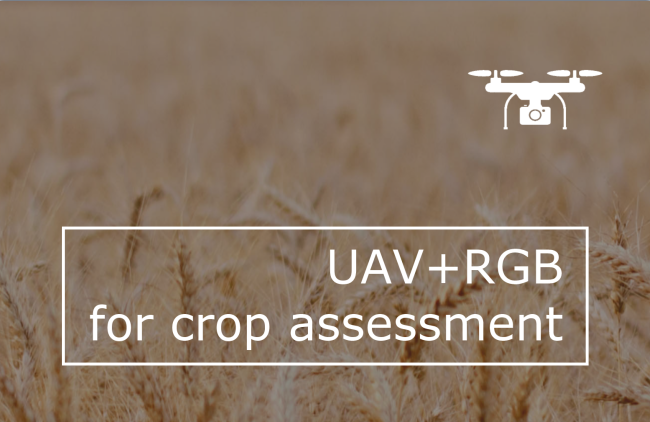 Agriculture – is one of the most promising sectors in terms of UAV use. Potentially UAV-conveyed surveys can give basis for various crop assessments. From estimating areas of damaged crops (due to pests, diseases, physical factors, etc.) to assessment of plots prone to weed invasion or disease and crop yield forecasting.

This index is calculated as a difference between NIR and red reflectance values divided by their sum. As a result NDVI ranges between -1 and 1. Vegetation absorbs more in the visible range than in infrared, that is why NDVI for green vegetation cannot be below 0. The index characterizes vegetation density, growth rates, plot productivity. Other indices are used as well, but traditionally NDVI is the most popular.

Sensing in NIR range is performed by using a NIR-modified camera. This increases the price of overall work compared to using an ordinary camera. There are cases when performing multispectral sensing is not possible due to technical or financial reasons. Clearly it’s the high price of remote monitoring services that interrupts its active implementation in agricultural processes. That is why using an ordinary visible range camera for crop assessments is very appealing.

Within one plot where one culture is grown and typically the soil cover is quite homogeneous, color images visual heterogeneity may be caused by: 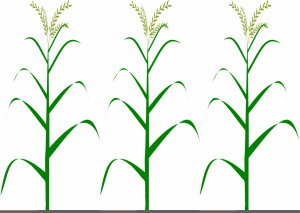 plant density and consequently different contribution to the resulting image of crops, weeds and soil; 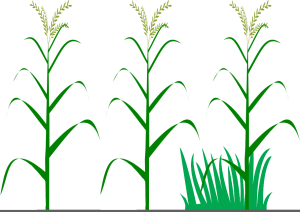 varying amounts of weed invasion and weed species composition, which is also closely related to the density of crops; 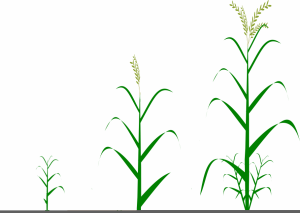 the difference in plant growth  – their height, stem thickness, stage of development; 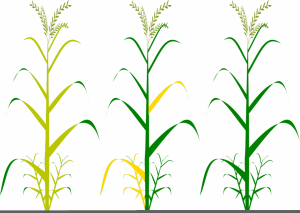 manifestations of disease, malformation of plants and lack of nutrition, which are reflected in the change of leaf surface color.

Typically, all these factors affect the total biomass of plants, i.e. the amount of alive plants per unit area. Furthermore, biomass, in fact, is an integral characteristic of crops.

In May and June 2015 a group of scientists from the National Agrarian University have examined the possibility of using photo camera on a UAV for the assessment of winter wheat. Lypkovativa Agricultural College farmland was surveyed using a UAV in May. Consequently, one of the fields with winter wheat was chosen for ground truth, three points with highest contrasts were studied (figure 1). 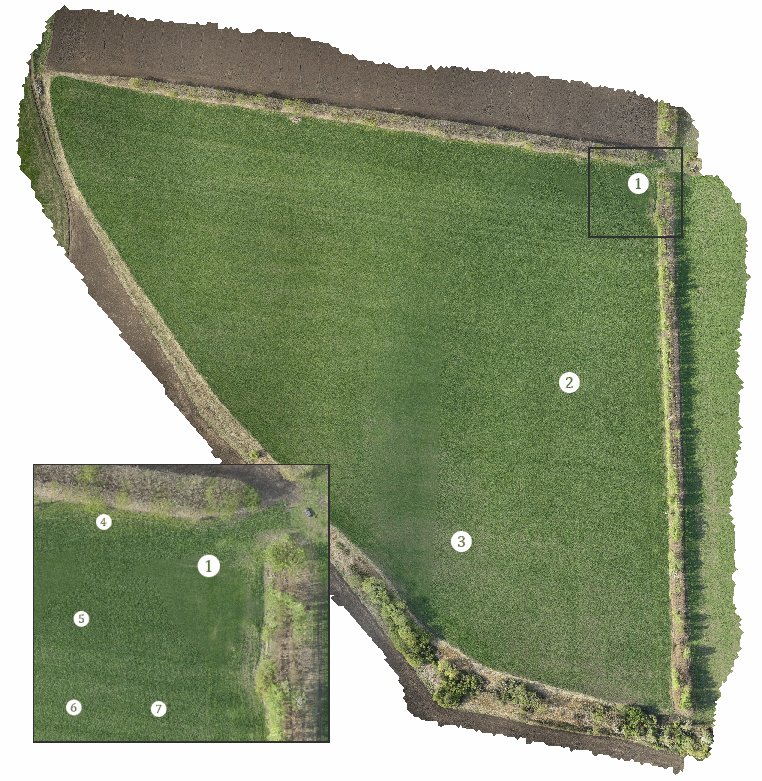 Analysing a topo map showed that the selected points have somewhat different topographic characteristics – position in terms of watershed, slope and exposure.

Point 1 – characterizes the area with the most intense, dark green vegetation, situated on a gentle slope with northeastern exposure.

Point 2 – plot with less saturation and more heterogeneity of green color, with patches of brownish-yellow; watershed.

Point 3 – the least uniform in color, spotted part of the imagery with distinct alternating green and brownish-yellow spots, probably associated with a significant spread of vegetation and soil influence on the formation of the reflected signal; located on a slope with southwestern exposure. 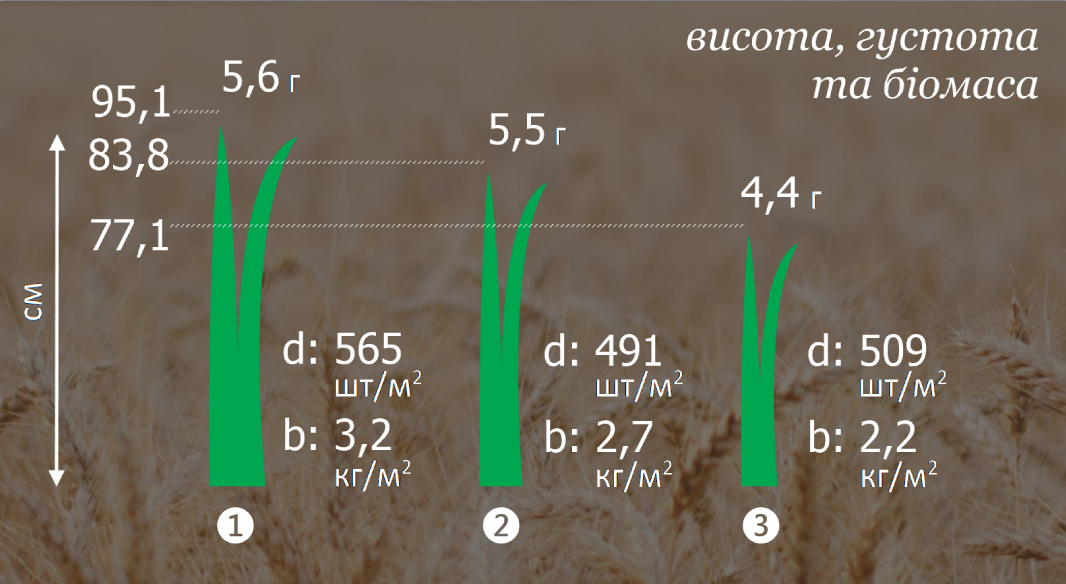 Height difference was the most significant. Plant density in point 2 was less than in point 3, however, the plants themselves were better developed – were taller, had thicker stems, larger ears (figures 3 and 4). 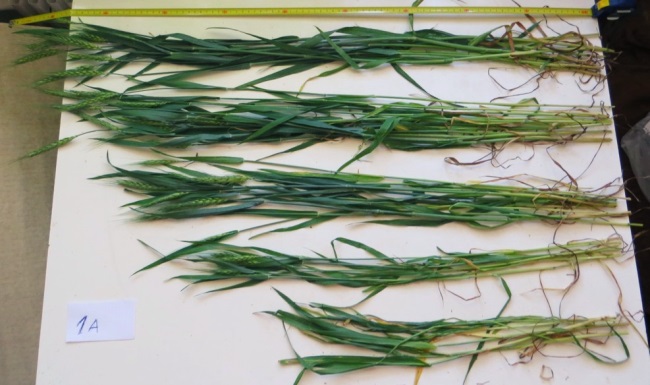 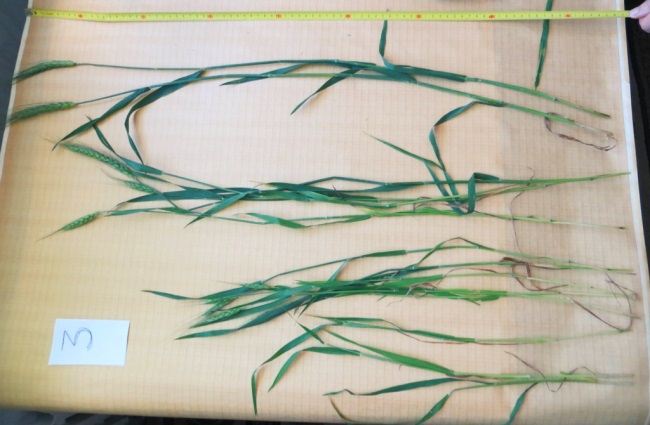 Figures 3 and 4 show photos of plant samples from points 1 and 3. The variation between species from different collection points is obvious. The  height and density variation in winter wheat is connected to variation of conditions within the farm field, first of all, soil moisture. The soil samples taken support this conclusion.

Ordinary photograph does not contain information on surface reflectance in specific ranges of electromagnetic waves. The quantitative analysis of the image may be conducted by decomposing the color into three components – intensity of red, green and blue channels. Each channel’s brightness is measured in arbitrary units from 0 to 255. Any image editor software can produce these values.

At the same time red channel shows significant results in density estimation. The correlation between the number of plants per 1 m2 and red brightness was quite high (r=-0,99). This is caused by variation of soil reflection degree with various vegetation density.

So, we can conclude that using an ordinary photo camera enables to characterize biomass and density of vegetation according to image brightness. The green channel is best for biomass estimations, whereas red is good for plant density.