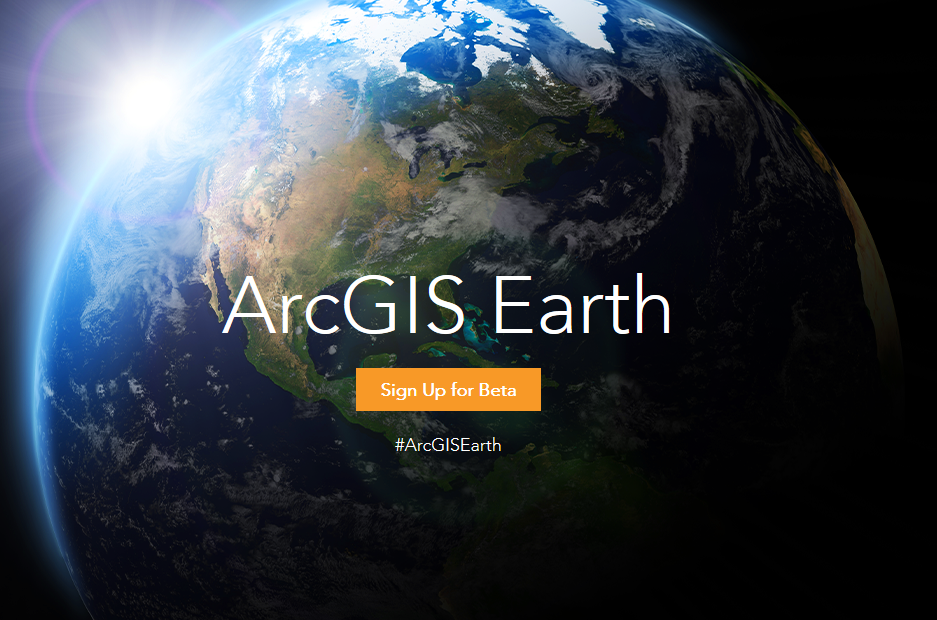 When it comes to GIS technology most people think of Google Earth and Google Maps first. This is not surprising as it was the release of Google Earth back in 2005 that initialized mass market oriented rapid geospatial technology development. In the following years GIS technologies have undergone drastic changes. But still if any GIS specialist is asked to list their favourite virtual globes, this list will be very short (and will probably contain one item).

That is why when in summer 2015 ESRI announced the development of a virtual globe with an ‘original’ name ArcGIS Earth (at least it’s not ESRI Earth). This piece of news was received rather skeptically. However, when you think about it, ESRI is in fact the only company having enough possibilities to be a real competition for Google Earth. All this said, it was quite hard to withstand temptation of testing ArcGIS Earth beta available from October of this year.

First word in my mind after launching ArcGIS Earth – “Cool!” Google Earth interface still reminds of the time when phones had buttons. ArcGIS Earth reminds of sci-fi movies, makes one want to open it on a huge high-def screen and operate it with confident hand movements (see figure 1). 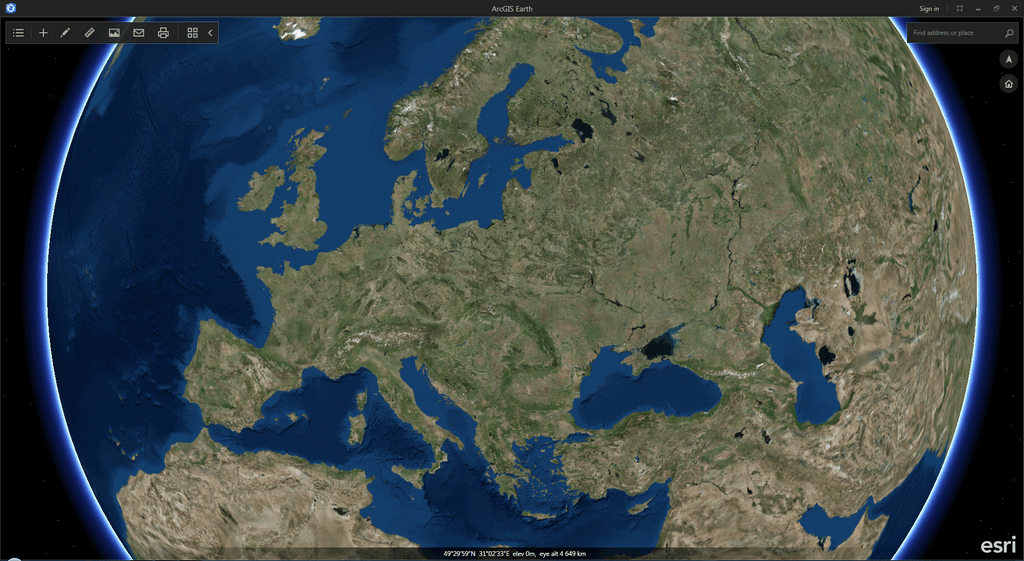 The globe itself in the main feature of ArcGIS Earth. And the interface menus do not in any way distract the attention from it.

Layer control buttons are grouped in the top left corner. These enable measurements and exporting imagery.

This kind of minimalism is quite justified and is a big contrast to an overloaded Google Earth interface.

The functionality of ArcGIS Earth is similar to the software’s interface. Its main principle is ‘nothing superfluous’. However, what is goon for the interface is not as good for functionality. The lack of a number of functions common in Google Earth is disappointing.

It is not possible to view location photos, find out the date the imagery was taken, import personal raster files, or calculate a route. The software enables the user to create points, lines and polygons. But as saving the results in separate file is not possible, this function has no practical value at the moment (figure 2). 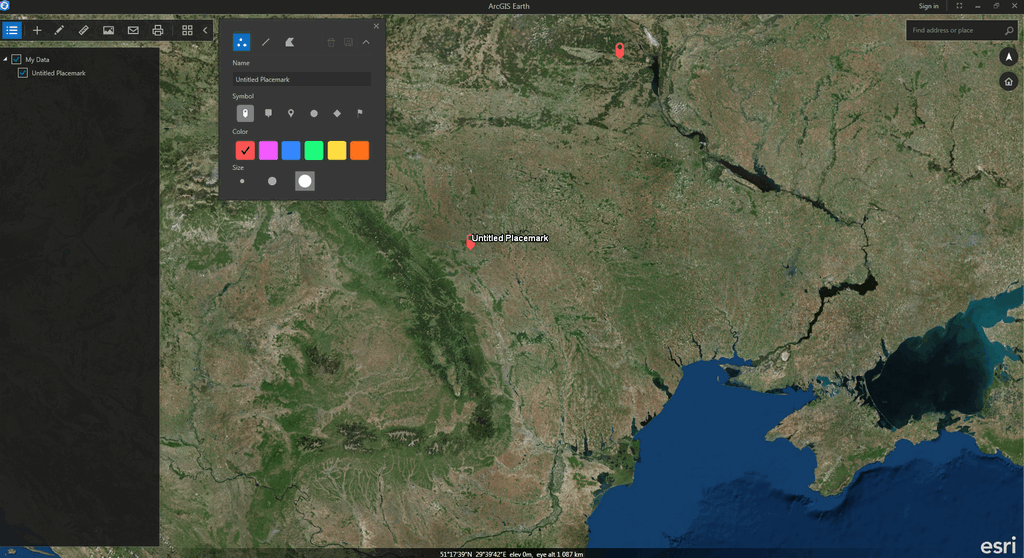 Surely, it is too soon to judge the functionality of a beta. Probably, the bulk of necessary functions will be added in the next release. Especially those for layer management. However, even this version has a few possibilities that make it stand out compared to Google Earth.

❶ Not only can ESRI product import common kml data, but also works well with shapefiles. If further development of shapefile-related features is done, it will make life much easier for some GIS specialists. Namely, editing imported files and changing layer display settings would make a difference.

❷ ArcGIS Earth is well integrated with ArcGIS Online. This allows for adding your ArcGIS Online layers to the virtual globe. 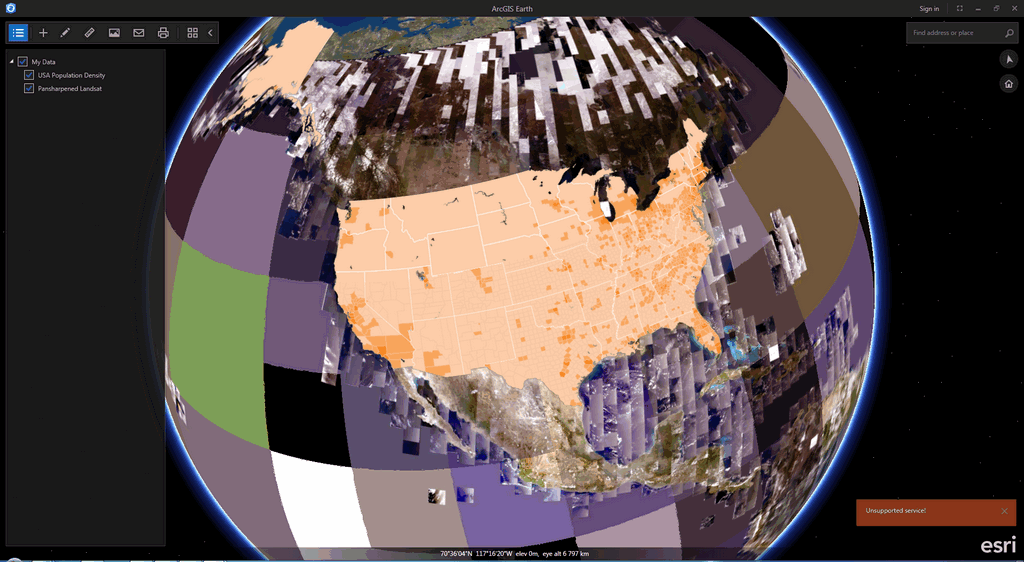 ❸ Similarly to ArcGIS Online, in ArcGIS Earth one can choose the base layer between simple satellite imagery, labelled imagery, National Geographic layers or OpenStreetMap layers (figures 3, 4). No matter if it’s practical or not, but where else can you play around with an OpenStreetMap globe? 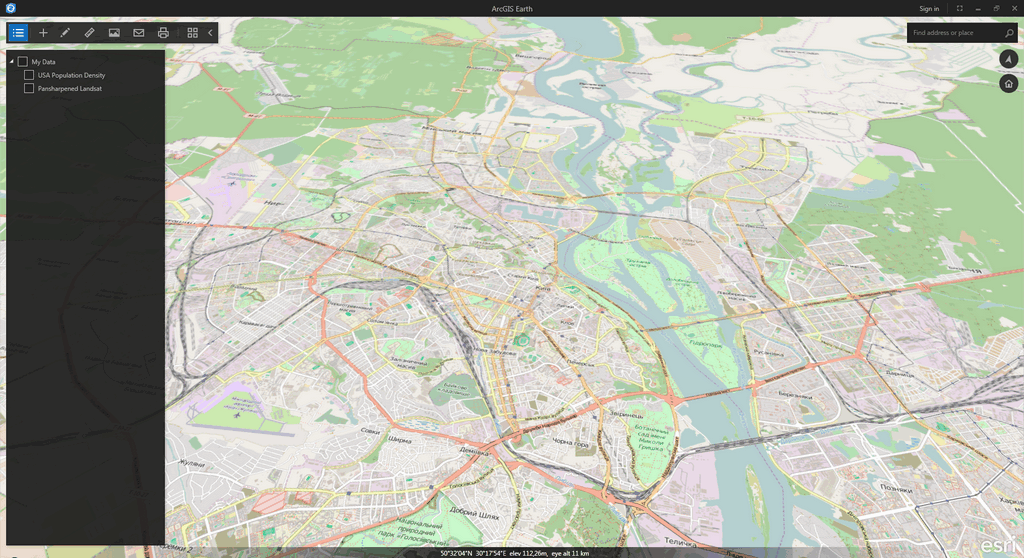 ArcGIS Earth is planned for December 2015. Version 1.0 will have layer saving options, wider support of OGC formats and new ways of data publishing. But even now it is obvious that ArcGIS Earth is an interesting product that may be popular among GIS professionals as well as general Internet users. And it may become a serious Google Earth competitor.

One thought on “ArcGIS Earth Review”