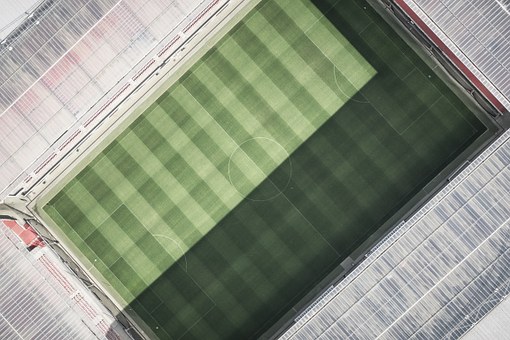 There is absolutely no doubt that football is the most popular sport in the world. The sheer excitement of the game carries a kind of magic that keeps viewers from different time zones awake during the early hours of the night just to support their favourite clubs. Nowadays part of football’s appeal lies in the fact that it has an abundance of technology involved. As a whole, the sport has evolved due to the various developments it has implemented, whether it is examining a previous match, goal line technology or collecting comprehensive data – the game has come a long way in the last five years or so.

Back in the day, analysing video recordings was as important as coming up with a sound tactical game plan. Many experts considered this, during that period of time, as a highly advanced method of strategising. Fast-forward to today, mobile technology in football covers practically all bases. Coaches, managers, and players have unlimited access to data – maybe even more than they can handle. These days, this so-called wearable and sensor-based technology secures every bit of information with regards to a player’s performance, and more importantly, his or her movements on and off the pitch.

Bundesliga club TSG 1899 Hoffenheim were one of the first teams to incorporate this sort of mobile technology in their training programs. The staff captured and analysed a wealth of real-time data in order to take their game to a higher level. Their under-19 team’s director of Sports and Youth Training even takes advantage of Google Glasses, a gadget used to track location and compile spatial analyses of player movements.

With regards to the actual technologies involved, TSG 1899 Hoffenheim’s director of sport and youth teams, Berhard Peters, is the man responsible for taking the squad’s training to a whole different level. In order to capture and analyse a wealth of real-time data, the club installed sensors on both the players and the equipment, then supported these with additional devices during games and training sessions. This makes it easy for those involved to secure the needed geo data from the players to track their movements. Using antennas with SAP HANA technology on the pitch, the coaches and analysis teams receive the data in real time. Furthermore, making the most of spatial data, as well as a so-called RedFIR wireless tracking technology, allows simultaneous numbers and figures of approximately all factors of player performance.

The key to all of this is that by leveraging data there’s a better chance of improving player and team performance in the long run. For instance, the TSG 1899 Hoffenheim coach knows at which point a certain player begins to become fatigued or has a tendency to dribble the ball and in which position of the pitch. In other words, it is all about analysing the sensor-based data for tactical adjustments and purposes. Players, for their part, can just look at an iPad – or whatever gadget they use – to see where they went wrong in terms of gaining the upper hand and correcting those past mistakes.

All things considered, TSG 1899 Hoffenheim’s use of technology has really come a long way. The club began this in the early part of 2014, a time when they were classed as a mid-table team in the Bundesliga. Today, sports pundit Kevin Hatchard, a regular contributor over on UK-based website Betfair Football, highlights how close the team is to securing a top three finish in the Bundesliga and a Champions League place.

Ben Rossi of Information Age highlighted how technology is positively impacting the sport as a whole. It may only be a matter of time before all professional football clubs from Europe, as well as other parts of the world, begin implementing location tracking and statistics collecting technology. If the Bundesliga’s TSG 1899 Hoffenheim is any indication, it proves that the proper use of state-of-the-art tools and expertise can do wonders for club’s who are desperate to improve their team’s performance. And while it is evident that most high-level teams have adopted this strategy because of how cost-effective these technologies are, it’s also clear that even amateur and semi-professional clubs can now utilise these useful tools for the betterment of the game.