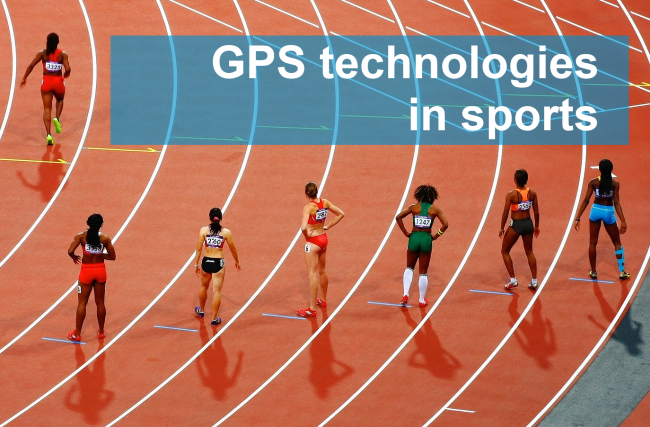 Modern technological developments don’t bypass any area of human activity: be it science, technology, economic activity, culture, or sports. Sport has always been a tool of a certain unity of people. It attracts millions of eyes to stadiums, sports arenas, TV screens etc. If a person is not actively involved in sports, they still may have a favourite sport to follow. No great sport event passes by most people, especially when their country is competing.

As a rule, in sports there is always a struggle between those on the arena, as well as between technologies. Every year we see new equipment of famous brands, which typically has many advantages compared to predecessors, new sets of uniforms, which improve the physical performance of athletes and so on. Here, of course, visual advertising plays a huge role. But in this blog topic I would like to dwell on those technologies that are out of the eyes of spectators or most sports analysts and experts. We will have a look at the technologies that, although are not a pronounced addition to the convenience, speed, accuracy, dynamics, today play a very important role in the preparation of the athletes and analysis of their technical and tactical actions (TTA) – GPS-technologies.

GPS-technologies are mainly associated with navigation, that’s why first thing we will imagine motor sports, but these technologies reach out beyond our usual perception, and are used in many sports, sometimes even rather exotic. 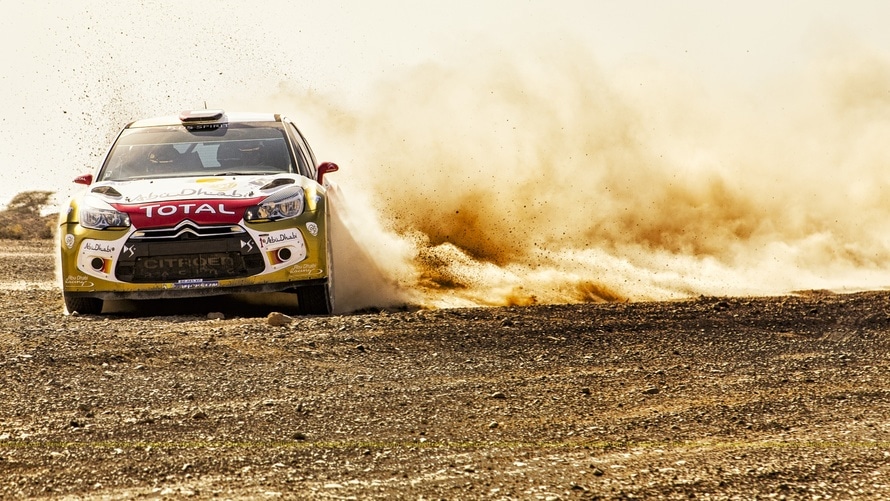 Information technologies have been introduced into these types of sporting competitions (we can also add yachting) a very long time ago. This is not surprising. That is because, as noted, one of the main features of GPS-technologies – is navigation.

One of the first events to use this technology, and this is more than twenty years ago, was the “Paris-Dakar” rally-marathon (now the “Dakar Rally”). The roads in race areas are very ambiguous, so each rally team is provided with a ERTF Unik II navigation device and a IriTrack device for monitoring. IriTrack is a GPS-tracker with feedback, it is combined through the Iridium network with satellite phone of the same system. It is used to track live status of participants, as well for communication with the crew in case an emergency assistance is required. Unik II is used for tracking of the route status and for navigation during special rally stages. However, the navigation is limited to showing direction to the next navigation point (if the car is in the sight radius of the next point). The coordinates of the points aren’t displayed to the racers. However, if a crew is lost, they can enter a key code to unlock the navigation and view the next point or all the way points at once, this could help with orientation. For opening each code point the racers get a fine. On the eve of each stage participants receive a legend – the approximate scheme of movement with the most important landmarks and checkpoints. Navigation is done only according to the “legend”, if a crew uses a GPS-device they are removed from the race. Thus, in the “Dakar Rally” these technologies primarily serve for the monitoring and safety control.

At present competitions like “Off-road”, “Multi-race”, “Trophy of orientation” are gaining popularity in Ukraine. The participants are supposed to find a maximum number of check-points in a fixed time frame. Of course, the main assistant of navigator in such competitions is not a sheet map, but a GPS-device.

Also these technologies in motor sports are used as a means of controlling and monitoring: tracking speed on special stages trails, opportunities for their correction, modification, complications, simplification; tracking fuel consumption; monitoring technical conditions of vehicles for timely “pit stops” and special repairs; tracking health of the race participants, to prevent accidents.

Oddly enough GPS-technologies are gaining popularity and weight in a sport such as football. Moreover in this type of competition their application range is very wide. So let’s have a look at all possible uses of GPS-monitoring technologies.

To begin with, we will talk about judging and rules. Today there are a lot of discussions on the use of technologies in football, as this “kills” live football. And the slogan “Against Modern Football” has a right to exist. But time does not stand still and each sphere of human activity has to undergo stages of modernization. From the 19th century football rules had been changed repeatedly. In my opinion, the approval by FIFA of GPS-devices for monitoring given they would not cause any harm for players is quite natural. Remember our despair on June 19, 2012, when during a match of the European Championship a goal was not credited for team Ukraine playing against England. And there are other cases that could affect the result of a separate match as well as a tournament as a whole, frankly, there are many cases in world football. So, the use of technology of tracking the ball behind the goal line or the field line is quite relevant. Unfortunately today’s five pairs of eyes of judges can’t cope with their work, even though, are well paid for it. About judges… the first to use technology of GPS-monitoring in Ukrainian football were our judges – special trackers were placed on judges’ bodies transmitting real-time information about their physiology, this allowed to assess their conditions and level of physical preparation to an upcoming match.

The fact is that a lot of money is involved in football nowadays, the cost of players for some clubs is higher than country budgets. The most famous clubs in the world do not skimp on the comprehensive implementation of GPS-technologies in training and game play processes (e.g. Barcelona, Real Madrid, Bayern, Chelsea, Milan, Juventus, Liverpool, Ajax). And the introduction of these technologies begins with in the youth schools.

How does it work and what does it look like?

The hardware used is called Electronic Performance and Tracking System devices. Previously, the tracking was done using slightly uncomfortable small devices, today these are more convenient wireless vests weighing 60-90 grams. The device allows to measure the basic physical parameters of players as well as track their position on the pitch. Heart rate, speed, load on legs (most precious parts of the footballer) are monitored. The data has a statistical nature and produces information for the coaching staff. This allows assessing physical condition, performance of the player and allows, for instance, to avoid injuries from heavy workload. Analyzing the overall team movements on the field, the coach can make adjustments in game strategies and schemes. Besides, coaches review the individual player statistics. This enables them to work on mistakes and develop a personal training program to increase their percentage of positive technical and tactical actions. All this information is received in real time. It should be noted that the use of these technologies takes part mainly during the training process. As for match time – not all football associations have consensus on GPS implementation. The American Football League MLS, for example, gives approval for the use of these technologies and there are discussions about about their widespread adoption during the 2018 World Cup. At the same time Germany used GPS-monitoring during the 2014 World Cup when it became the champion team. However, the use of monitoring data by the coaching staff during the game is strictly prohibited.

These systems are implemented quickly in leading clubs of the world. The developers of these technologies sometimes encounter problems with the signal due to architectural features of stadiums or possible sources of error of reception/emission. Companies engaged in the implementation of GPS-technologies (e.g., Adidas miCoach, GPSports, Catapult) work to develop local positioning systems that use radio frequency identification (RFID) technology. The cost of installing such systems is about $ 50,000. But accuracy of 5 centimeters seems to be worth it. 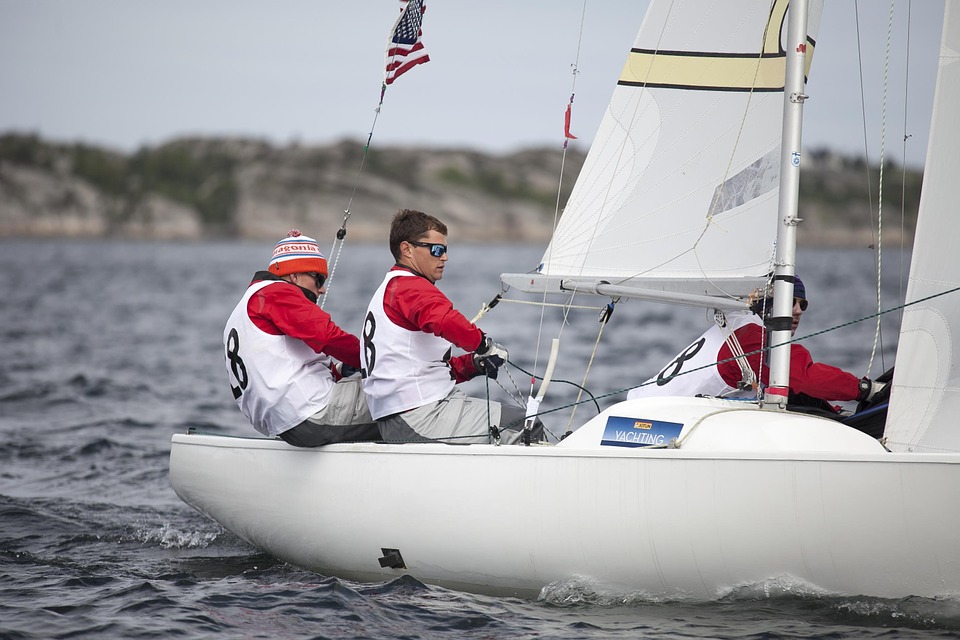 Professional unions of many sports today implement GPS-monitoring technologies. The main aspects as mentioned above is improving the quality of judicial decisions, prevent injuries of the players and analysis of athletes’ TTA. These are sports such as rugby, athletics, tennis, winter sports, yachting and other events that take place in the open air.

Oh, and a little of exotic and amusing. At the beginning of 21st century GPS-technology was implemented in pigeon sport competitions. These technologies have opened many new and interesting facts for researching of the so-called “biological compass” of post pigeons. During the flight every 10 seconds a minicomputer recorded speed, location and altitude of the dove at given time. After the arrival the data was processed and analyzed. Scientists were able to see the differences in air routes: pigeons returning from the start to the nursery did not go in a straight line, but were loop-shaped. Many birds willing to fly over settlements and cities, avoiding woods and fields. The explanation for this phenomenon is still being researched. 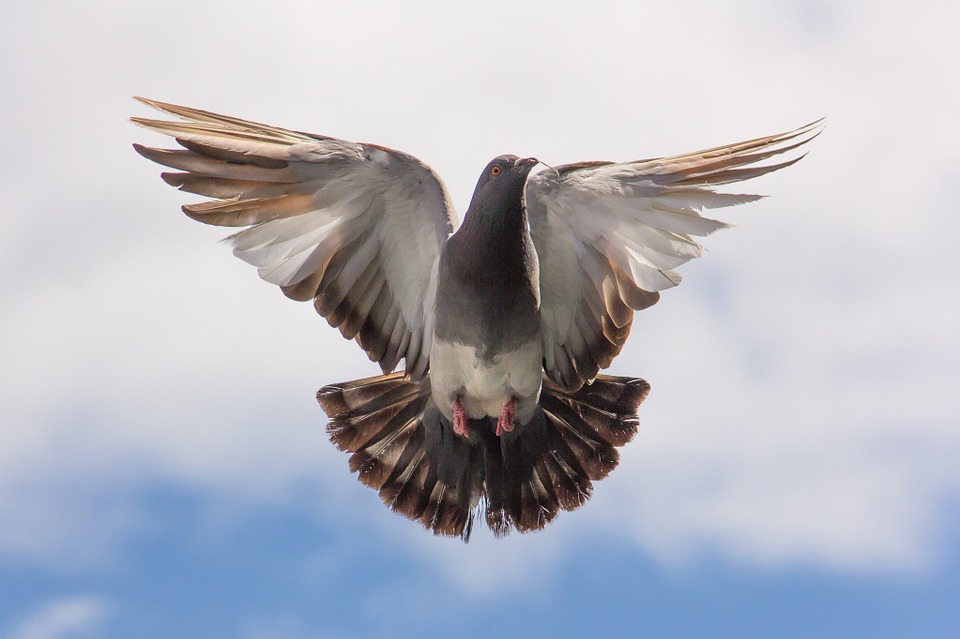