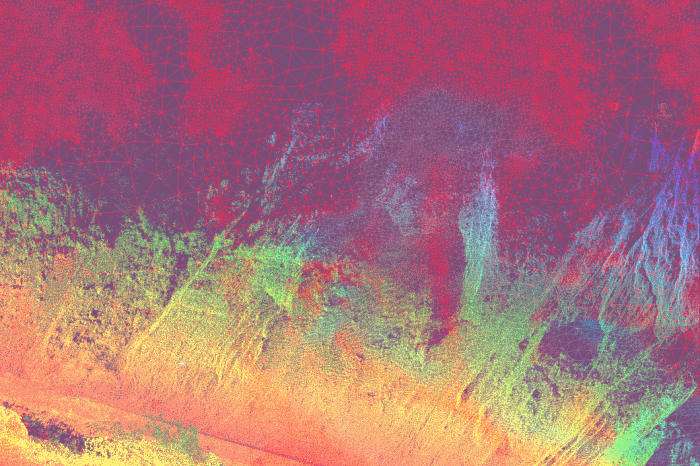 The scientists like terminology, especially when our own branch of science is in need of a name. There is a whole variety of disciplines related to the handling of spatial data. And lately the term “geomatics” has become quite spread. It is used in scientific articles, names conference sections and training courses. Within this post, I propose to have a closer look at what “geomatics” is, how it relates to other spatial disciplines and how it’s different from them.

Compared to cartography and geodesy, geomatics has appeared only recently. But, oddly enough, it’s not clear enough who the author of the term is. There are at least three versions of where “geomatics” comes from.

Regardless of who was the first to formulate the term, most experts hold a consensus on the content that is embedded in this concept. “Geomatics is defined as a systematic, multidisciplinary, integrated approach to selecting the instruments and the appropriate techniques for collectinп, storing, integrating, modelling, analysis, retrieving at will, transforming, displaying and distributing spatially georeferenced data from different sources with well-defined accuracy characteristics, continuity and in a digital form.” This a quite accurate, although  verbose definition presented in the manual “Basics of Geomatics” by Mario Gomarasca. A somewhat simpler but similar definition is given in the English-language Wiki, according to which: “Geomatics is the discipline of gathering, storing, processing, and delivering geographic information or spatially referenced information.” There are dozens of alternative definitions of geomatics, but they all conclude that it is a discipline that integrates other areas of knowledge related to the processing of data that have a spatial reference.

Geomatics and other disciplines

Oftentimes geomatics is perceived related to cartography, remote sensing, computer science, surveying, GIS, global positioning, digital image processing. But the main purpose of the discipline is not to replace these fields of knowledge, but to ensure interaction between them. So, probably an expert in cartography often uses remote sensing data, a photogrammetrist uses the reference network and a surveyor will work with some cartographic services. And all these experts may use their knowledge of GIS in their work. Of course, in this case, one’s professional self identity is complicated and geomatics comes to the aid. Its convenience is that it does not limit the professional competence to one sector, significantly facilitating the process of job training or education programs. It should be noted that the overall integrated nature geomatics is not completely positive. For example, the study.com portal, presenting the statistics of wages in the sector, splits geomatics into four categories. The figure below is striking by the heterogeneity of wages in geomatics, which is one of the consequences of its multipurpose nature. 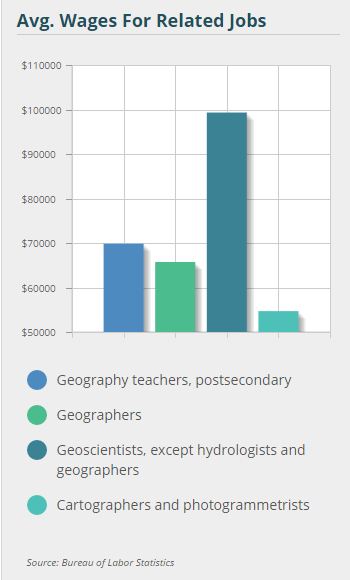 Among all disciplines geomatics is related the most to geoinformatics. This relationship is so close that they are sometimes merged, the concepts of “geomatics” and “geoinformatics” are considered synonymous. This is not entirely true, given the different origin, content and scope of these concepts. The main focus of geoinformatics is GIS analysis and decision support (when considering GIS in the classic definition by Roger Tomlinson). However, geomatics is focused on the procedures for obtaining spatial data and in many ways is more closely related to geodesy. For example, procedures for the establishment of basic geodetic network and aerial survey of certain areas is in the competence of geomatics. But laying out recommendations on the best ways to use the data concerns geoinformatics. Areas of use of the concepts of “geomatics” and “geoinformatics” also vary geographically. According to Manfred Ehlers, the term “geomatics” is often used in Canada and the US, while Europeans often use the term “geoinformatics”.

The future of geomatics in Ukraine

Like many in European countries, the term “geoinformatics” is more common in Ukraine. But even though the term is widely spread, it is used informally. It is reflected in the names of departments and faculties, magazines, and conferences. But the formally adopted (by the state) list of disciplines offered in graduate and postgraduate education contains neither geoinformatics, nor geomatics. All the “spatial” courses are combined under item “193 – Geodesy and Land Management.” At the same time, if you read the curricula of undergraduate programs of this specialty at various universities, it becomes clear that in addition to geodesy and surveying disciplines there is a big emphasis on remote sensing, GIS, cartography and other fields of knowledge that are integrated within geomatics. This is logical given that after the Bachelor degree students continue to study a Master at courses that, apart from geodesy and land management, cover GIS, photogrammetry and remote sensing, cartography, natural resource management.

That is why, the term “geomatics” will inevitably become more popular and will be used in scientific, educational and industrial fields. Many countries have walked a similar path. In the US, the Survey Department of the American Engineering Association has changed its name to the Department of Geomatics, the basic standard for geospatial technologies is named “Geographic information / Geomatics.” This trend is due to the fact that in today’s world, data is more valuable than technology, and therefore it is important not to use industry-specific technologies, but the skills to combine the tools to obtain new data.

But apart from fancy terminology, in purely practical terms, the main purpose of geomatics is establishing interaction between all specialists working with spatial data. Be it a surveyor, a cartographer, a web mapping applications, – they are a part of geomatics community and therefore can find common ground with tens of thousands of colleagues who also will use spatial data. And this, in my opinion, is one of the main reasons why geomatics is an important and necessary in today’s world.