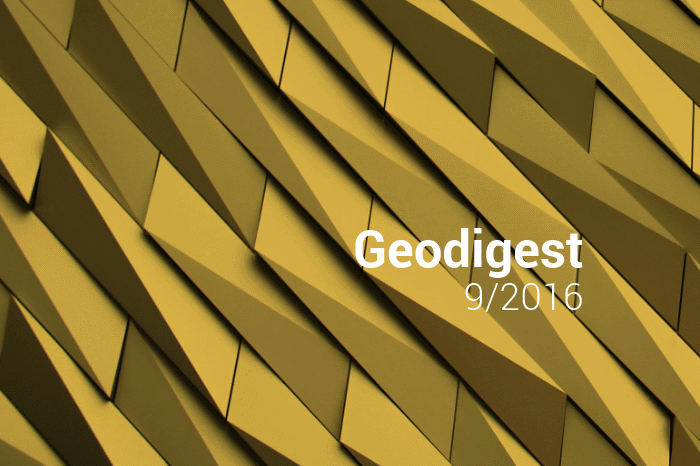 Have a look at our digest reviewing news and interesting facts, a periodic selection of all things geo. Feel free to add your news links in the comments below!

22th of December – SpaceNet Challenge winners will be announced.

QGIS 3.0 is announced for 2017 and a crowdfunding campaign is launched.

Semi-Automatic Classification Plugin v. 5.2.0 is out.

Navigator for ArcGIS for Android is released.

iD v2 for OpenStreetMap from MapBox is announced.

ArcGIS Maps from Esri for Power BI is annouced.

Visualizing Cities is an open platform for urban visualization projects

A new algorithm in Pix4Dmapper for DTM export.

Boundless СЕО, Andy Dearing, is reflecting on the future of GIS and open source.

Insightful human portraits made from data, a TED talk.

50 years of electoral college maps in the US.

How the cartographers create the illusion of depth on maps.

Download the pre-generated data with over 21 million place names in OSM.

Aerial imagery from World War I in one book

Tilegrams creates tiled maps where region sizes are based on the datasets.

New to the flosm thematic maps.

Radio Garden lets you listen to radios across the globe.

New York City street tree map is too amazing to be true!

Distances you can travel on a European train in less than a day.

A visualisation based on data from the ESA’s Hipparcos star mapper.

Mapping the Decline of ‘Stop-and-Frisk’ in NYC.

Check out this TED talk: