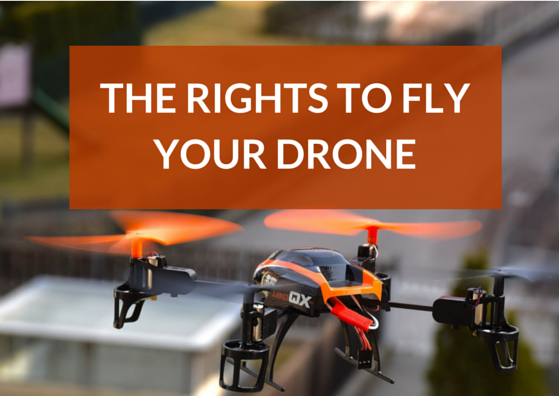 The analysis of the Ukrainian legislation shows a peculiar feature for drones – they fly freely, because nobody tries to observe the laws that do not contain strict rules regarding an unmanned aircraft (UAV) usage so far. However, usage of drones is more forbidden than allowed, and this is especially true for the commercial usage, including photomapping.

Almost the same situation exists in Belarus, where the rules are even harder. Strictly speaking, in Belarus it is practically impossible to use UAV in civil aviation without breaking the law. This is because according to the Belarusian legislation, UAV are aircrafts, and the requirements for them are the same as for other aircrafts. In particular, they are to be registered, but the registration of civil UAV is not currently taking place, because there are no certificates of aircraft type. These certificates should be approved by The Department of Aircraft of The Ministry of Transport and Communications of the Republic of Belarus that is responsible for registering civil aircrafts. It is impossible to get flight permits without the certificate, and UAV are forbidden in the airspace of Belarus without flight permits.

At the same time, procedure of using UAV in national aviation (military, emergency aviation, border aviation, etc.) of Belarus is already established in the legislation and used actively.

Deplorable situation concerning the legal usage of civil drones exists in Russian Federation too. Drones can be used only with necessary documents.

• Certificate of access to aircraft control (for aircraft stuff);

• Confirmation from the Unified system of air traffic organization regarding the establishment of the temporary or local regime and inclusion of the corresponding RPAS flight plan into the daily plan of the zonal and district center of the Unified system;

• Flight permit from the Unified system of air traffic organization

Aerial mapping data automatically get the status of the state secret, like in other post-Soviet countries. Therefore, to use these data the special permit is needed, and secrecy label has to be removed.

However, if the Federal law “On introduction of changes to the Air code of Russian Federation in part of unmanned aircrafts usage” is passed, certification of UAV less than 30 kg will be unnecessary in a year after the law publication. The bill passed first reading in the Russian State Duma in June 2015.

• An unmanned aircraft must never be flown beyond the normal unaided ‘line of sight’ of the person operating it. This is generally measured as 500m horizontally or 400ft vertically.

• An unmanned aircraft fitted with a camera must always be flown at least 50m distance away from a person, vehicle, building or structure.

• An unmanned aircraft fitted with a camera must not be flown within 150m of a congested area or large group of people, such as a sporting event or concert.

• A person operating a drone must have CAA permit for using an unmanned aircraft for commercial purposes. 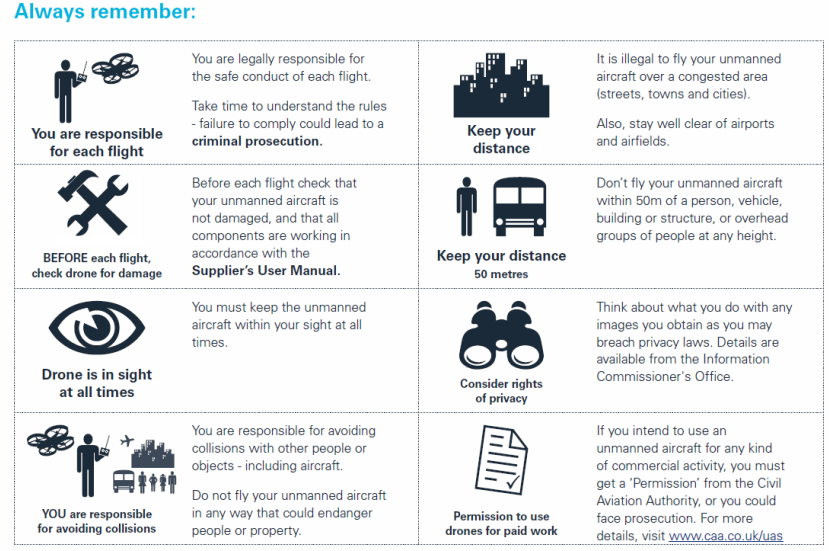 However, rules that are precise and clear enough still do not guarantee the safe usage of drones. The relevance of the problem is stressed by the growing number of incidents in different parts of the world, when UAV appear unexpectedly on the flight path of aircrafts during takeoff or landing.

The European Union is the world leader in using drones in civil sphere. The common European legislation regarding the safe usage of drones, which are more often called Remotely Piloted Aircraft Systems (RPAS) in Europe as opposed to USA abbreviation UAV (from Unmanned Aerial Vehicle), is scheduled to be created before 2017.

According to the EU current legislation, RPAS less than 150 kg fall within the national jurisdiction of EU member countries. In the future this limit will be removed, and common European rules and regulations will be developed (11).

The development of the Common European system of legal regulation for drone usage is currently in progress.

On 5-6 March 2015 the European Union RPAS conference was held in Riga, and the Riga declaration of RPAS “Creating the future of aviation” was adopted. The declaration includes five main principles of future development of RPAS in Europe:

On 29 October 2015 the resolution on the safe usage of Remotely Piloted Aircraft Systems was adopted at European Parliament session in Strasbourg. This resolution urges to develop common European legislation regulating usage of RPAS.

In particular, it is stressed that the legislation must clearly determine the difference between professional and recreational (entertaining) usage of drones, and requirements should differ depending on the purpose of RPAS usage.

The general direction of the EU legislation development is the minimization of risks related to operating drones together with preventing the suppression of RPAS development and their usage in different trades. The risk-oriented approach in RPAS development emphasized in Riga declaration is also highlighted in the decision of the European Parliament. It is especially stressed that the precondition of RPAS development in Europe should be the development of security technologies, including those aimed at the private life protection, drone theft and damage protection, and timely detection and neutralization of drones that threaten people lives or object functioning on the ground and in the air.

Future European and world wide rules regarding usage of RPAS have to address the following issues:

• Identification of drones and their owners or operators;

• Adoption of educational establishments for pilots;

• Education and licensing for pilots;

• Establishment of geozones with different routines of flight permits;

European Aviation Safety Agency (EASA) should be given the responsibility for the common European regulation of RPAS functioning. JARUS (Joint Authorities for Rulemaking on Unmanned Systems) is responsible for addressing technical issues regarding the establishment of safety rules, requirements for certification and safe integration of big and small RPAS into the European airspace and airfields. JARUS is a voluntary association of national civil aviation authorities of 22 European countries, and its main job is to develop regulations for unmanned systems functioning.

Ukraine expects that EU will help to establish rules and regulations for RPAS usage, and this will contribute to the further integration of Ukraine into the common European legal space.