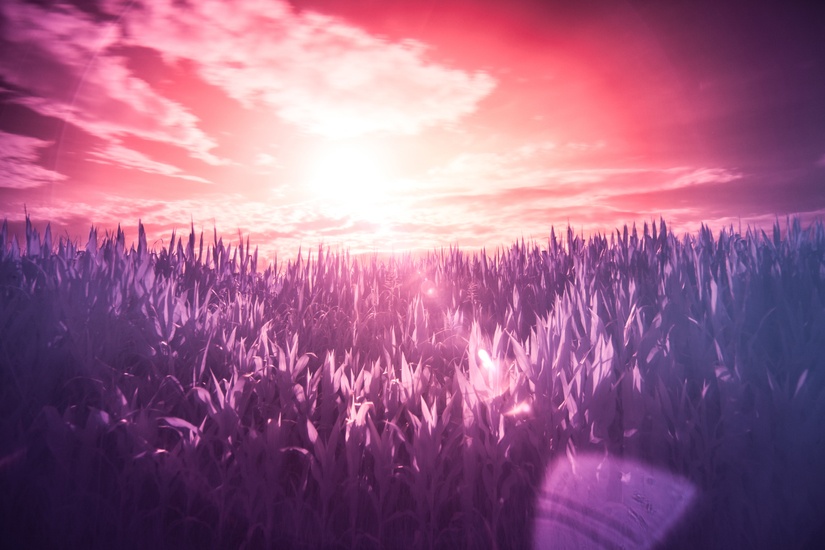 Intro to Remote Sensing. Part 1
This is the first post of a series talking about core concepts of remote sensing. Here we will talk about electromagnetic radiation.

On my bumpy road towards an MSc diploma, in the very beginning – in fact, somewhere halfway the “GOEG6062: Core skills in remote sensing” course – it struck me. The world is not really as I see it, but it is possible to see more of it nevertheless. Surely, I had learned about the theory of light before, as well as I was aware of differences of perception and “reality” interpretation. But this was the time, when I saw the proof and finally realized what I can see is enormously insignificant to what is out there in plain open.
What I love about remote sensing is its ability to use the characteristics invisible to our eyes and make them work for us, revealing what is hiding in plain sight.

We all are greatly indebted to our closest star.
It keeps us warm enough, gives the energy we use, the air we breathe is produced thanks to it. The world we see is revealed to us by its light.

So, trying to learn what EMR is, we can find out about wave-particle duality or find a somewhat confusing graph of electric and magnetic fields oscillating perpendicular to one another:

Furthermore, we can learn that wavelengths (m) and frequencies (Hz) characterise the oscillations that produce the electromagnetic spectrum. 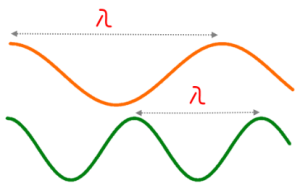 According to wavelengths, the spectrum is divided into (in increasing order): gamma rays, X-rays, ultraviolet radiation, visible light, infrared radiation, microwaves and radio waves.
Writing this down, a quick question arises. What is beyond the edges of this named spectrum? And here is a quick answer.

Also, check out this amazing chart explaining the electromagnetic spectrum produced in 1944 by the W.M. Welch Scientific Company.

The part of the electromagnetic spectrum that we actually see – the visible light – makes up a portion with wavelengths roughly between 400-700 nm. According to Wikipedia, “under ideal laboratory conditions, people can see infrared up to at least 1050 nm, children and young adults may perceive ultraviolet wavelengths down to about 310 to 313 nm. The rest remains unseen by the human eye.
Alas, there are only three types of cone cells in the human eye, each sensitive to a different portion of the visible spectrum: primary colours of red, green and blue. This gives a human trichromatic vision.

However, some birds and mammals do see in the ultraviolet spectrum, and snakes can even sense in infrared. This allows them to see patterns hidden from our sight. For example, have a look at this flower: 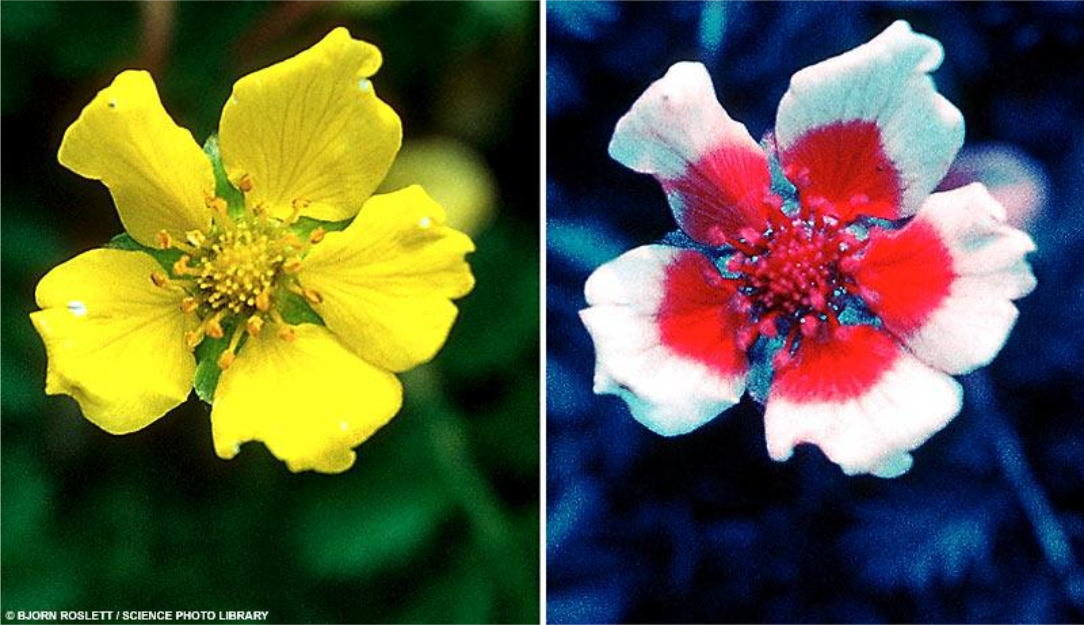 The light that is visible to us makes up a rather small portion of the EM spectrum. The electromagnetic waves that obey laws of optics make up a somewhat wider range and are called optical radiation. However, this still makes a small fraction of the whole.

Enough of that for a while, let’s get back to the Sun!
So, all bodies that are warmer than absolute zero emit radiation. The hotter the body is the more its radiation peak shifts towards shorter wavelengths.
Remember they say that the blue glittering stars are much hotter than the red ones?
For further reading refer to Wilhelm Franz Wien and his displacement law.

And, if we compare a human and the Sun, here is what we get: 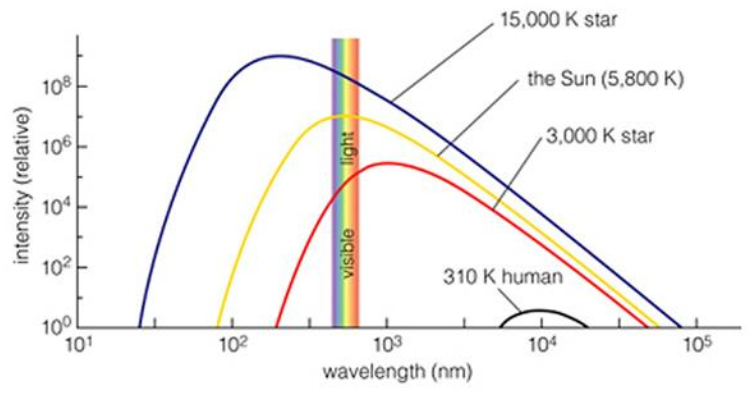 The Sun emits a variety of wavelengths due to temperature differences of the portions of the emitting surface. The radiation peak from the surface of the Sun is approximately 500 nm, right in the visible spectrum. That is the radiation at the top of Earth’s atmosphere.
Being emitted by the Sun, a massless photon going at the fastest speed possible, travelling millions of kilometers finally arrives at Earth. However, it hits an obstacle on its way. The atmosphere acting as a gaseous shield absorbs lots of radiation, and, luckily for us, lots of harmful stuff. Water vapor, ozone, oxygen, carbon dioxide, all decrease transmission at certain wavelength creating atmospheric absorption bands. Gamma rays and x-rays are absorbed together with some of the infrared portions of the spectrum.

Luckily for us, not all is absorbed. Areas of the electromagnetic spectrum, where the atmosphere is transparent, do exist. These are called atmospheric windows. For example, there is one at 300-750 nm, allowing ultraviolet and visible light to pass through, and there are some more at infrared and radio wavelengths.

So, the peak of the radiation, the maximum wavelength output from the Sun is somewhere around the visible spectrum. Then the atmospheric window that actually lets the radiation penetrate to the Earth’s surface and our eyes happens to be around the same wavelengths. And accidently that is the only portion of the electromagnetic energy visible to our eyes.

Keeping in mind all the above, it makes one appreciate how our senses are really shaped by our environment. And if we had been given a different set of conditions,  the world might have looked completely different to our eyes.

Like, say, the new planet, Kepler-22b, NASA has found recently, what would the visible light be like over there?
This was written before they discovered that Kepler-22b is probably uninhabitable.