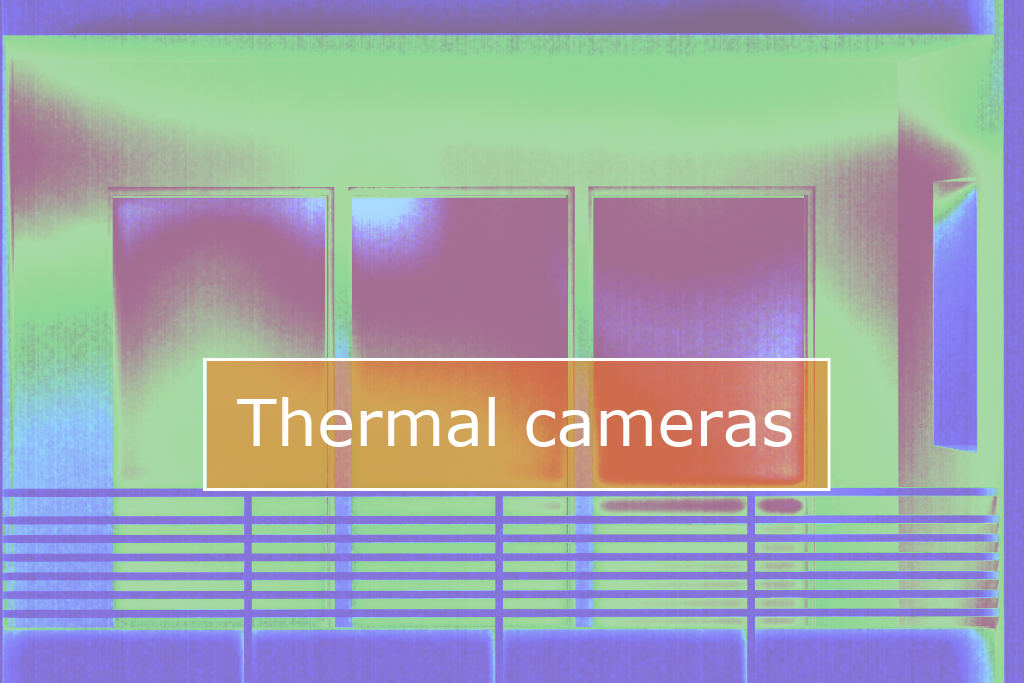 Among various types of the remote sensing, thermal surveying has a special place. First space thermography data was obtained back in the early 1960s by the sensors of the American TIROS satellites. Despite its low spatial resolution, this data showed a fundamental possibility of the usage of thermal imaging in remote sensing.

The next years, thermal surveying equipment has been improved, data interpretation and application techniques have been developed. But thermal imaging hasn’t had such a wide application as, for example, multispectral survey in the optical spectrum. The reasons for that were, first of all, very low spatial resolution and high cost of images.

Thermal surveying – not new, but promising

Firstly, satellite thermal survey data has become widely available. For instance, thermal images made by TIRS sensor on Landsat-8 can be downloaded here.

Secondly, spatial resolution of satellite thermal survey has increased dramatically – from several kilometers for images captured by the first thermal sensors to 100 m for Landsat-8 images.

And what’s most important, infrared survey is pushed to the whole new level by UAVs which have become capable of performing during recent years.

In this post we will discuss what the thermographic cameras are, how they work and what they can be generally used for.

Thermal imaging camera is a device highly sensitive to thermal infrared radiation. It captures graphical images of the “thermal field” in the form of a thermogram showing objects’ absolute temperature in different colors and shades measured by the intensity of their thermal radiation. 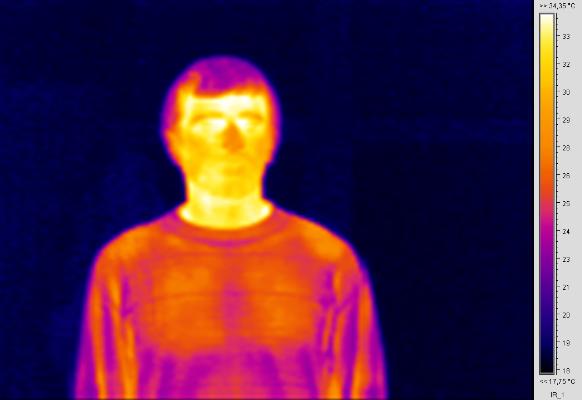 Figure 1. A thermal portrait of a human. Temperature in the room was about 19°C. Temperature scale to the left allows to evaluate the temperature.

So, a thermal imaging camera takes a kind of a photo of the temperature which reveals what’s been hidden, something that we can’t see in the other way. And that is not just hostile troops secretly moving in the dark, but also construction defects, visceral diseases, underground pipelines, and even whales swimming in the ocean deep, and many more interesting things.

Figure 2a. Someone’s hiding in the dark… A comparison of the image received with a thermal and an ordinary camera in the dark (source) 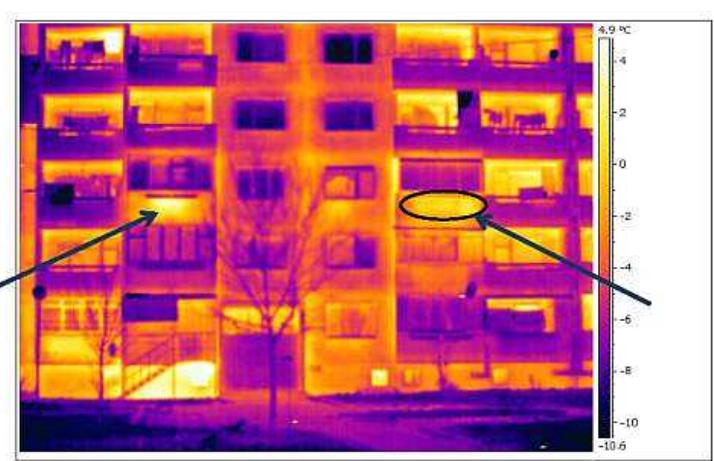 Figure 2b. Thermal imaging devices help uncover frauds. Bulgaria has utilized IR-cameras already 8 years ago to find households stealing the heat – the arrows show flats where residents do not pay for the heating, but radiators are ‘shining’ (source).

Thermal imaging camera – what kind and what for?

In practice, IR-cameras working in two spectral ranges of the infrared radiation are used: the short-wave range (waves 3-5.5 microns) and the medium waveband (7-14 microns) which is, by the way, called the ‘long-wave infrared radiation’ in the devices’ descriptions as it is conventional in the heat technology.

The choice of these ranges is explained by atmospheric windows for the infrared radiation existing within them. Moreover, for objects having temperature from 0 to 1000°C, the maximum radiation density lies within the mentioned wave interval.

Most thermographic cameras work in the long-wave range as it yields lesser errors, especially when capturing images in the daytime, and has a better thermal resolution. Thermographic cameras working in the short-wave range are designed to work with high-temperature (hundreds of degrees) objects; besides, they have their advantages when working with highly transparent and reflective objects (e.g., windows thermography) and in certain other cases.

IR-camera is, as the saying goes, an expensive treat. IR-cameras’ high prices are caused by their design features.

Until recently, lenses for IR-cameras had been made from germanium. As opposed to the usual glass which is not IR-transparent, germanium is a metal transparent for thermal infrared waves.

But the price is, to put it lightly, considerable. From January 2015 to April 2016, 1 kg of germanium cost approximately $1250-1943 on world markets. Apart from germanium, other pretty expensive materials are used to make lenses: zinc selenide, zinc sulfide, calcium fluoride, and chalcogenide glass.

According to experts’ estimates, IR-camera’s cost is 90% the cost of its two components: a lens and a sensor.

What is an image sensor?

Most modern thermal imaging cameras use IR-image sensing arrays assembled from microbolometers – resistors, whose electrical resistance varies depending on the thermal radiation absorbed. The most widespread are the uncooled bolometric arrays made upon the basis of the vanadium oxide or amorphous silicon. The number of bolometers in the array defines the image quality and, naturally, the cost of the thermographic camera. Arrays production is complex and knowledge-intensive. They are produced by just a few companies worldwide.

But even despite their high cost, IR-cameras stop being an attribute to secret agents or equipment affordable only to rich companies or big research institutions, and the sphere of their usage broadens quickly.

IR-cameras are used by military and civil personnel, in industry and building, in study of art and hunting, in astronomy and medicine. Even not to lose staking on the ill horse, one is advised to use an IR-camera. Thermographic cameras are becoming so popular that they become being used for just amusement: to take pics of a girlfriend dressed and undressed, of people in the streets and, of course, of cats – even on thermograms they look cute. 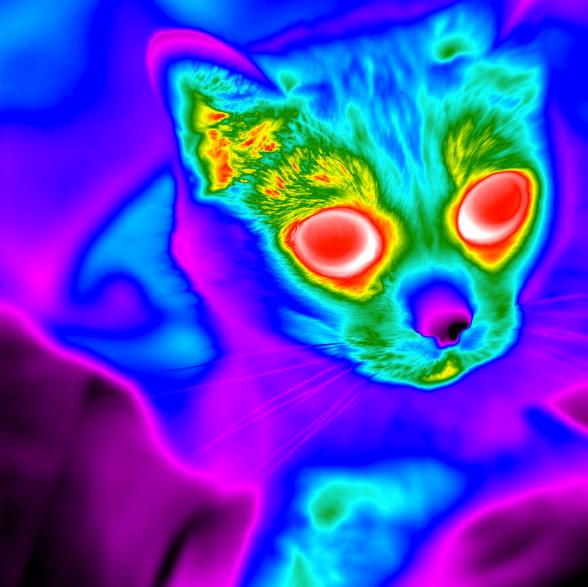 My precious IR-camera… Could thou be cheaper?

In response to a growing demand, devices are being improved – their size and price are being reduced. IR-cameras’ cost decrease is one of the results of market competition and struggle for demand. It is achieved by decreasing the sizes of lenses, by making lenses not from germanium, but from cheaper materials, and by reduction in bolometric arrays manufacturing cost.

Reduction in the cost of image sensors has been predicted at a rate of 58% for 2010-2015. For example, during 2011-2012, the cost of the uncooled infrared cameras has been decreasing by 15% a year. For the period of 2014-2019, experts are predicting the average annual increase in the world market of the infrared-sensing equipment by 11.86%. 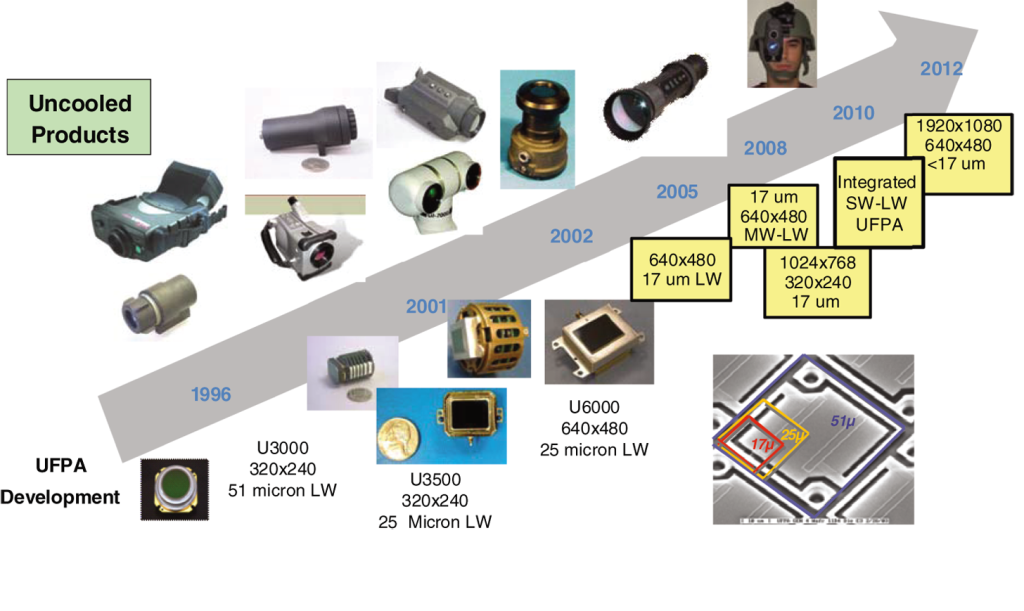 Figure 5. A change in the size of the uncooled IR-sensors and an evolution of the IR-cameras associated with it (source).

Replacing the literally speaking precious germanium lenses with comparatively cheap chalcogenide glass lenses, which are also IR-transparent, will reduce the devices’ cost by 70%, according to manufacturers’ estimations.

So, companies making IR-cameras has in the last years staked on the devices’ cost decrease and potential clients range expansion. Therefore thermal imaging cameras are becoming more affordable to the general public.

Already now, thermographic cameras of any kind are available in the online shops: for hunters and fishers, for tourists and security personnel, for home and for work, the size of a matchbox and even smaller. Or you can choose an IR-attachment for your phone, or an IR mini-camera designed for equipping drones.

Equipping the UAV with an IR-camera considerably widens the utilization of the IR-vision for various kinds of monitoring observations.

More on that – in one of our next posts.

One thought on “Thermal imaging cameras: what are they all about?”